WASHINGTON (Reuters) – The U.S. Senate on Tuesday unanimously approved $484 billion in fresh relief for the U.S. economy and hospitals hammered by the coronavirus pandemic, sending the measure to the House of Representatives for final passage later this week.

The bill, approved on a voice vote by the handful of senators present in the near-empty chamber, was hurried along shortly after congressional leaders and the White House brokered an agreement.

The House is expected to vote on Thursday on what would be the fourth coronavirus-response law. Taken together, the four measures amount to about $3 trillion in aid since last month to confront a crisis that has killed more than 43,000 Americans.

Previously, Washington provided nearly $350 billion in loans to small businesses impacted by economic fallout from the coronavirus that can turn into grants if certain requirements are met. That funding was quickly exhausted.

Critics of the program said too much of the money had gone to larger, better-connected businesses. Indeed, burger chain Shake Shack Inc (SHAK.N) said on Monday it would return a $10 million loan it received after coming under public criticism.

To reduce the risk of large companies getting the bulk of the loans, Senate Democratic leader Chuck Schumer said, $125 billion of small business funds in the latest package would go to “mom and pop” and minority-owned stores.

Noting the “crash timeline” for passing the bill, Senate Majority Leader Mitch McConnell, a Republican, said it was necessary during “unprecedented times for the entire nation.”

Schumer, during a short debate, highlighted the funds for fighting the coronavirus, in addition to the aid for small businesses.

“We can give loans to small businesses, but if there’s no customers walking the streets to go into their stores, what good is that?” Schumer said.

Congress already is working on a fifth coronavirus-response bill. Schumer said it could be “similar in size” to the $2.3 trillion economic stimulus enacted on March 27.

Republicans increasingly have been critical of passing major funding bills by voice vote, with most lawmakers not in Washington but back in their home states.

“We ought to bring everybody back, have full participation, begin to think about the implications to the country’s future for this level of national debt,” McConnell said.

U.S. Senate Majority Leader Mitch McConnell (R-KY) speaks to reporters after it was announced U.S. congressional leaders and the White House agreed on nearly $500 billion more in coronavirus relief for the U.S. economy, bringing to nearly $3 trillion the amount allocated to deal with the crisis, on Capitol Hill in Washington, U.S., April 21, 2020. REUTERS/Tom Brenner

But at a time when coronavirus cases are still rapidly mounting, House Speaker Nancy Pelosi has been more cautious about bringing the current 429 House members back into the Capitol to conduct business, saying that such decisions must be based on sound science.

A majority of House members will have to return to Washington for Thursday’s anticipated vote on this latest bill because of a Republican objection to fast-track procedures.

The Senate, which has 100 members, is next scheduled to hold a regular legislative session on May 4.

With each passing week, Washington has confronted a deepening crisis that has prompted Republicans and Democrats to work in a mostly bipartisan way to ease the heavy human and economic toll of a pandemic that has sickened more than 800,000 in the United States and thrown more than 22 million people out of work.

The U.S. economy has been battered as businesses have closed and residents have observed stay-at-home orders intended to minimize the spread of COVID-19, the respiratory illness caused by the new coronavirus.

While Republicans initially insisted the latest bill provide new funding only for small businesses, Democrats succeeded in broadening it to hospitals and other healthcare centers and more money for coronavirus testing.

Democrats were not able to convince Republicans to increase emergency federal funding for state and local governments reeling from steep revenue losses as well as infrastructure spending that they have been requesting since the crisis began.

Trump has said he wants to make a major investment in the country’s infrastructure since he became president, but has failed to present a program for funding it.

Another round of tough negotiations are expected over the next few weeks on the next coronavirus bill that both parties say they want to see moving through Congress.

Democrats are expected to keep pushing for more progress on coronavirus testing and tracking of infected people’s contacts with others. 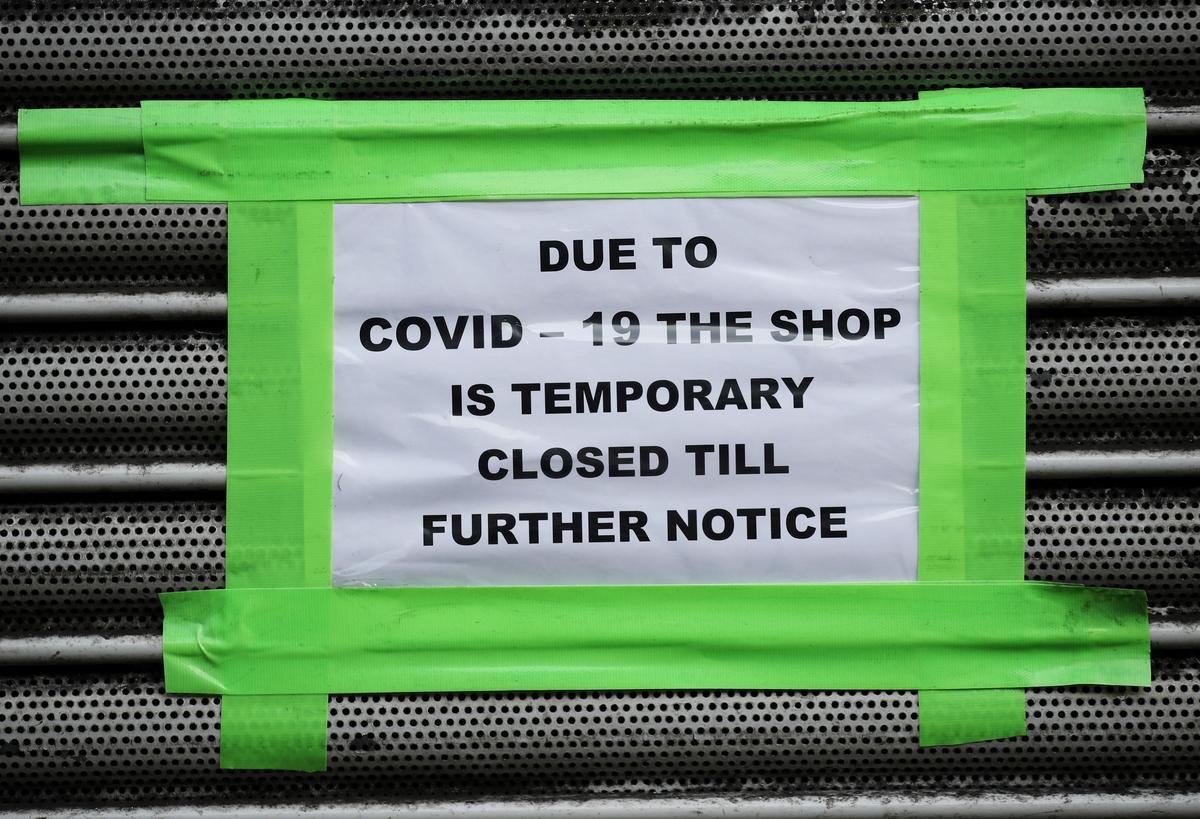