LONDON (Reuters) – The coronavirus crisis may have dealt a lethal blow to the idea that the euro could one day replace the dollar as the world’s preferred currency, by exposing euro zone frailties and cementing the U.S. Fed’s role as global lender of last resort.

These months have highlighted – and possibly entrenched – the dollar’s dominance of global commerce, investment, borrowing and central bank reserve savings, not least because of the differing U.S. and European responses to the crisis.

This week’s proposals for a European Union recovery fund financed by jointly issued debt may burnish the euro’s international role if it leads to more cohesion within the bloc.

But economists say that even if the proposal makes it past a late-May EU meeting, squabbling, whether over budget spending or the issuance of coronabonds to aid poorer states, has re-ignited fears that the euro could even break up.

“The crisis has again demonstrated that the euro may not be forever,” said Joachim Fels, global economic adviser at Pimco, the world’s biggest bond manager. “The dollar reigns even more supreme as the (world’s) reserve currency.”

For a graphic on Euro in the coronavirus crisis:

Already in recent years the euro’s share in global finance has shrunk – International Monetary Fund data shows its weight in allocated central bank reserves at around 20%, down from nearly 26% in 2010, though negative European Central Bank interest rates are partly to blame. The dollar, meanwhile, has a 61% share.

An ECB index of the euro’s international role has tumbled from over 27% in the early 2000s to below 22% in 2017, the last time the measure was updated.

For a graphic on The euro’s international role has declined since the mid-2000s:

The euro has also steadily lost ground in forex trading and currency derivatives tmsnrt.rs/2zdiYPd, and lags the dollar in international borrowing. Latest SWIFT data shows it accounts for 31% of global payments versus over 40% in 2012. The dollar’s share has risen to 44% from 30%.

For a graphic on Dollar holds lion’s share of FX derivatives market:

The world’s dollar dependence was underscored during the March market panic when businesses dashed for greenback liquidity to pay bills, redeem debt or just increase their buffers.

It was proof that access to dollars is paramount in times of crisis, so “central banks will anticipate that, going forward, they will need to hold dollars,” said Brad Setser, senior fellow for international economics at the Council on Foreign Relations.

The rush, which sent the dollar up 8% in 10 days =USD, only eased after the Federal Reserve activated hundreds of billions of dollars in swap lines to central banks to ensure greenbacks continued flowing, with other central banks also seeking swap lines with the Fed.

To other countries which needed emergency dollars, it offered repo loans, if they had Treasury bonds to post as collateral.

Elina Ribakova, deputy chief economist at the Institute of International Finance, contrasted the Fed’s actions with the “timid” ECB.

“If you look at what’s happening now versus in 2008, the Fed made lightening progress in recognising its role as the lender of last resort,” Ribakova said.

In recent months the ECB has only established swap lines with Bulgaria and Croatia, but “there isn’t a similar conversation about what happens if euro funding dries up,” she added.

“You have to be more proactive if you ever want to challenge the dollar’s position.”

Since the euro’s birth in 1999, its backers have pushed to end the dollar’s post-World War Two dominance. The calls got louder when President Donald Trump resorted to weaponising the dollar in overseas dealings, such as the trade spat with China or while re-imposing sanctions on Iran.

Francesco Papadia, former market operations director-general at the ECB, said the dollar’s “ultimate safe asset” role gave it an advantage “not even the incompetence and vagaries of the U.S. President can offset”.

The current crisis may hurt the euro’s international position further, he added, if the U.S. policy response fuels a faster recovery than in Europe.

But it also offered a chance to address one of the euro’s drawbacks for reserve managers: the lack of a big pool of ‘safe’ assets, comparable with U.S. Treasury bonds.

Central banks usually hold reserves in bonds denominated in their chosen currency. U.S. government bonds, with $17 trillion-plus of AAA-rated paper in circulation, are the closest thing to a risk-free asset.

German, French and Italian bond markets combined come to less than half that size tmsnrt.rs/2ZmA0W3, and only Germany carries the top AAA score.

For a graphic on 2020 commercial debt stock by issuer:

Even increased borrowing to fund COVID-19 recovery programmes will not bring Germany’s debt pool anywhere close to that of Treasuries.

Backing for the Franco-German recovery fund plan may lay the foundation for joint euro bonds, which could eventually offer reserve managers a viable risk-free alternative to Treasuries.

In the near term, renewed Sino-U.S. tensions could discourage China from holding the majority of its reserves in dollars, according to Barry Eichengreen, economics professor at the University of California, Berkeley, who has long argued that there is room for more than one major reserve currency.

Some central banks have begun to diversify. Russia for instance slimmed down its Treasury holdings after being slapped with U.S. sanctions in 2014, and Russian oil firm Rosneft has switched export contracts to euros.

“I wouldn’t write off the Europeans quite yet,” Eichengreen added. “As the father of European integration, Jean Monnet, famously said, ‘Europe is forged in crises’.”

Thu May 21 , 2020
WASHINGTON (Reuters) – The U.S. continued its cautious reemergence from a coronavirus-linked shutdown over the past week, with measures of retail foot traffic slowly increasing but broader indexes of economic activity still stalled. FILE PHOTO: A man walks past a closed bookstore on the first day of the reopening of […] 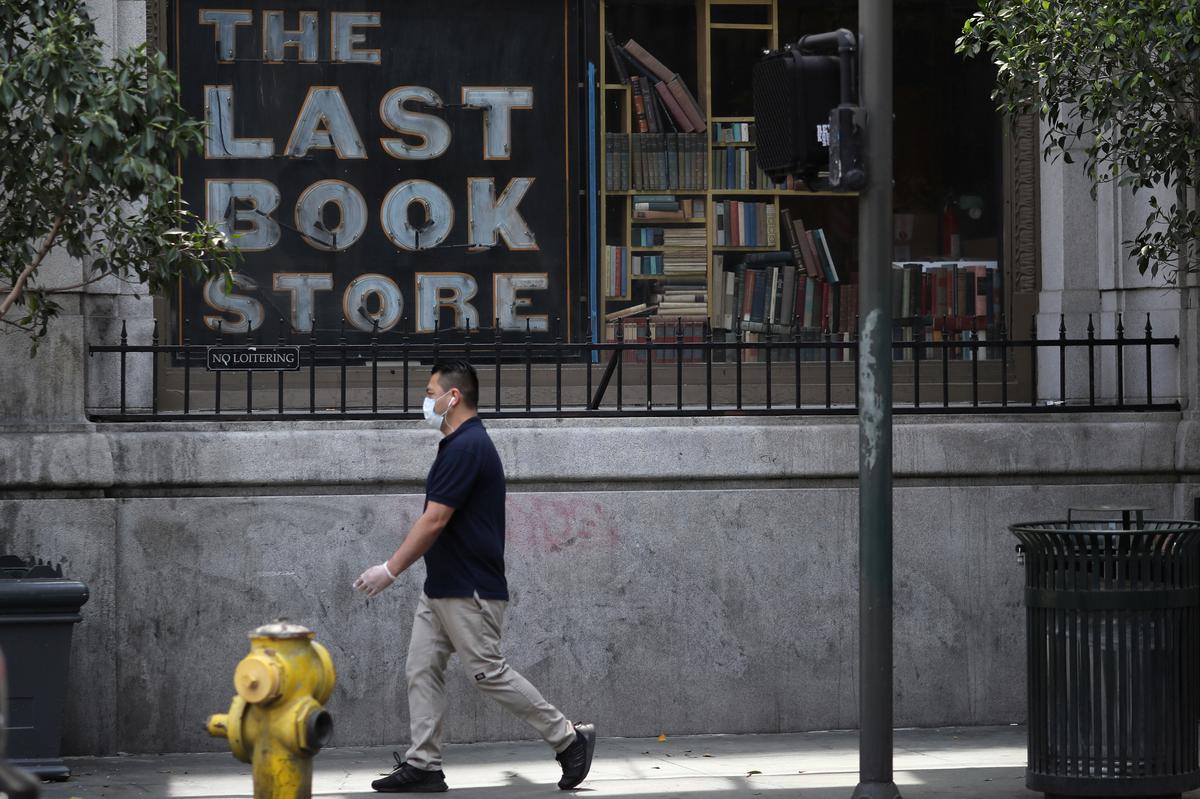