For the first weeks of lockdown, the UK was largely united in its anti-virus strategy. As the economy restarts, it is a much more disunited kingdom. Many primary schools in England reopened for some pupils on Monday; other nations are weeks or months away from that point. “Non-essential” shops can start trading in two weeks in England, but not Scotland. Scottish residents can travel no more than five miles; those in England can drive the length of the nation. It is natural that the UK’s nations, and regions, might want to exit from lockdown at different speeds. But disparities in strategies and guidelines risk eroding public trust.

Devolution is built around the idea that a one-size-fits-all approach is not always suitable for the whole UK; some decisions are best made closer to residents. Scotland, Wales and Northern Ireland have exclusive powers to set policy in health, education and social welfare, for example. But in Covid-19, this patchwork of competences confronts a common threat. As far as possible, it should be fought using a common approach.

Instead, what the Westminster government refers to as a “UK” Covid-19 recovery strategy — with three phases including lockdown — applies, de facto, largely only to England. The plans of Scotland, Wales and Northern Ireland are broadly aligned with one another but slower and more cautious.

Details of guidelines can differ markedly and sometimes oddly, with little scientific explanation. Six people from two different households can meet outside in England but eight in Scotland. The credibility of official guidance has already been badly dented by disclosures that the UK prime minister’s top adviser made a 500-mile round trip with his family during lockdown. Citizens finding themselves obeying different rules from others who may live a only few miles across an invisible border, risks undermining it still further.

Some at Westminster accuse some leaders of the devolved administrations — notably Nicola Sturgeon, Scotland’s first minister who before the pandemic was pushing for a new independence referendum — of acting out of political, indeed nationalist, motivations. The reality is more complex. These leaders are elected and will be judged by their own nations on their competence and success, whether they opt to stay in lockstep with Westminster or diverge. There has been concern in Edinburgh, Cardiff and Belfast — as in some parts of England — that Boris Johnson’s Conservative government, having gone into lockdown too late, is exiting prematurely.

While it may suit Ms Sturgeon’s wider goal to show differentiation, Mr Johnson’s failure to carry leaders of the devolved nations with him is partly an issue of confidence and trust. Some Edinburgh officials add that they have experienced nothing like the level of consultation they sought. The first minister tweeted that she learnt of Downing Street’s plan to shift its core message from “Stay Home” to “Stay Alert” from newspapers on the day it was later announced.

As the UK cautiously starts its post-lockdown journey, the danger of second waves or pockets of infection looms large. Nations or regions may need to reimpose shutdowns to control them. Even if speeds differ and there are occasional U-turns, however, it would be preferable for all to agree on core messages, rules and strategies, and follow similar paths. Wider and more open co-operation and consultation by London with other capitals is needed. For a Downing Street machine that functions like a bunker, this might seem anathema. But the country would benefit.

GPs not warned of lockdown easing for ‘shielded’ groups

Mon Jun 1 , 2020
Family doctors in England have complained they were given no warning of the government’s decision to ease the lockdown restrictions on Monday for the 2.2m people at highest risk from coronavirus. The government announced over the weekend that the so-called “shielded” group, those most vulnerable to infection owing to severe […] 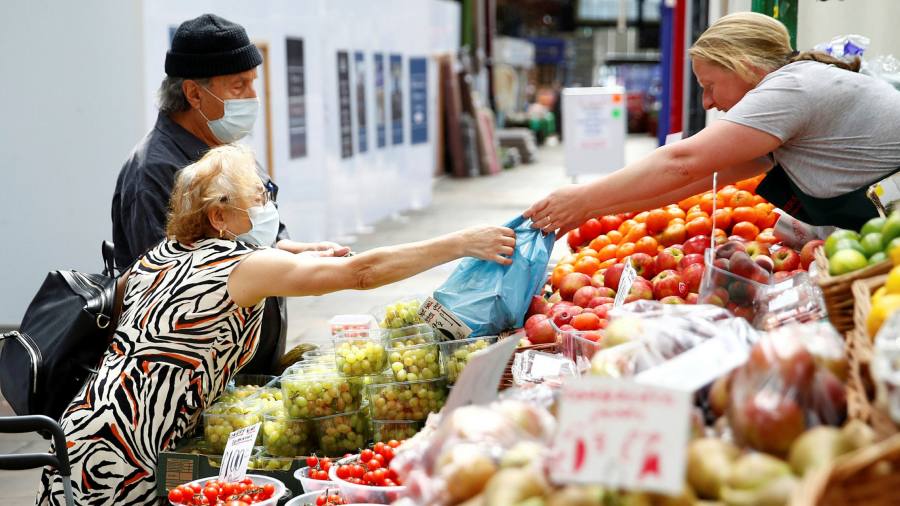