Stretch your minds back to before the coronavirus pandemic really took hold in the UK, and you might remember that the new chancellor, Rishi Sunak, presented the current Tory government’s first budget since winning the general election last December.

It signalled, as the FT said at the time, the end of austerity politics. Whether it be £5bn for broadband infrastructure, £2.5bn for potholes or extra funding for the NHS, the Budget demonstrated the government was willing to relax its recent history of fiscal frugality to deliver on its election promises.

Among the promises, one particularly stood out to Alphaville. Sunak pledged government spending on research and development would increase to £22bn annually by 2024-25, almost double the amount earmarked for this fiscal year.

Of that, £800m was earmarked for a new Advanced Projects Research Agency, designed to fund the sort of high-risk basic research that many, including Boris Johnson’s adviser Dominic Cummings, see as crucial to driving the UK’s future economy.

In the aftermath of the Budget, much was written about how successful the agency might be at imitating the US’s highly successful Darpa programme, which has been credited with underwriting its computer revolution in the 1960s and 70s. (And, thus, America’s current dominance in information technology.)

One article that covered the potential challenges of the project, whether political or technological, was Matt Clifford’s op-ed in Wired. We won’t dwell on all of the Entrepreneur First founder’s arguments but, for us, his crucial point was that America’s tech ecosystem wasn’t just driven by government supply (funding), but also government demand.

The DoD [Department of Defence] allowed Darpa to bridge the gap between basic research and commercial application by providing real-world demand ahead of the private sector’s willingness to pay. This avoided Darpa building “solutions in search of a problem”, while still allowing a focus on radical, high-risk technologies.

This may sound counter-intuitive to those who believe that governments shouldn’t pick winners, but when you’re devoting resources to a potential technological breakthrough, it helps to know there’s guaranteed demand waiting if the product ever gets to market. Just ask any company working on a coronavirus vaccine.

There’s a slight wrinkle here: the UK doesn’t have a defence spend that runs between 7 and 9 per cent of GDP, as the US did when Darpa was running at full tilt during the 1960s and early 1970s, which could throw cash at companies at the technological frontier:

The UK currently spends only about 1.8 per cent on defence, according to the World Bank. But it does have one sector, like US defence, that enjoys high levels of government spending and, post-coronavirus, will have ample political support on both sides of the aisle: health (which accounted for 9.7 per cent of spending in 2017).

So here’s a thought: instead of using the new research agency to fund any technological idea targeted at any industry, why not use the NHS to support inventors and commercial research that, at least initially, would be directly applicable to the health system?

This wouldn’t be limited to experimental treatments. Think of how, even today, entrepreneurs are looking to apply robotics and data science to cancer treatment, or machine learning to diagnosis. These are all technologies which, like GPS, might find further application in other industries when the tech has moved down the cost curve.

It would also help to further strengthen the reputation of the NHS which, despite a near-decade of underfunding, still remains the envy of much of the developed world. Focused funding for health-related tech might also encourage entrepreneurial medical professionals to take the risk of starting a company which, again, the UK is likely to have an ample supply of given the number of skilled medical professionals across the isles. (Although, arguably, recent shifts in immigration policy might counteract this.)

Post-coronavirus, the NHS will probably have excess resources, whether in terms of human or physical capital, which instead of being wound-up could be re-directed to supporting research or entrepreneurs. Temporary treatment facilities, for instance, could easily be utilised for non-coronavirus drug trials.

To be fair, the government is clearly aware that it’s best to double down on the UK’s health system. In the Budget, more funding was made available for the London School of Hygiene and Tropical Medicine and the Institute of Cancer Research.

Yet the virus, for all of its horrors, has now presented an opportunity: it’s given the NHS a clean political mandate to spend, in case a pandemic returns. That could help to drive the sort of mission-driven investment, above party politics, that justified the US Department of Defence’s outlay during the Cold War.

With UK bond yields having turned negative on Wednesday morning, there’s arguably never been a better time for the government to spend on research and development. The infrastructure and institutions are there already; using the NHS as a conduit not only makes sense politically, but practically too.

Related Links:
Research and development investment to rise to record £22bn — FT
From Sputnik to Brexit: the case for public research spending — FT
Why moonshots elude the timid of heart — FT
Dominic Cummings got his British Darpa. Can he make it work? — Wired
The Big Failure of Small Government — Project Syndicate

Where do Trump and Biden stand on tech policy issues?

Wed May 20 , 2020
(Reuters) – The regulation of big technology companies such as Facebook Inc (FB.O) and Alphabet Inc’s (GOOGL.O) Google has been a hot button issue ahead of the U.S. presidential election on Nov. 3. FILE PHOTO: U.S. President Donald Trump participates in a Cabinet meeting on the administration’s coronavirus disease (COVID-19) […] 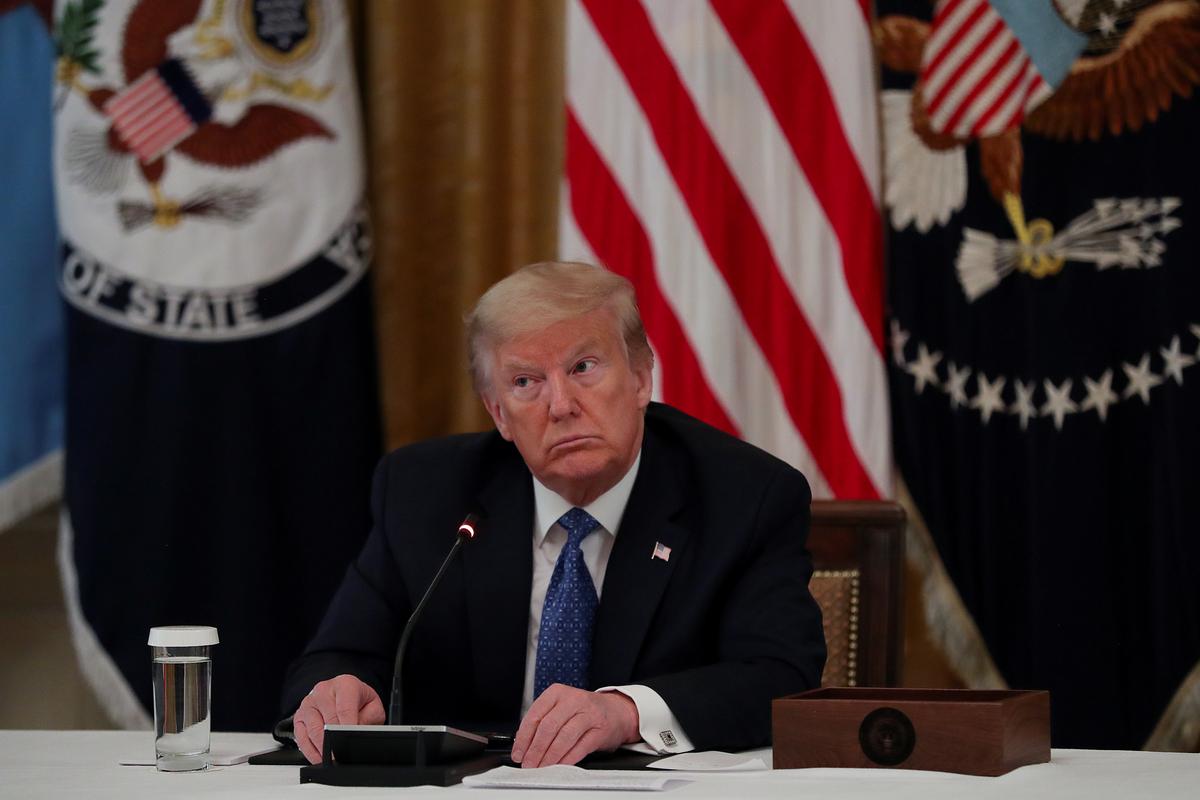