Two of the putative bidders for the AA are in talks about joining forces in a move that could undermine shareholders’ hopes of a hotly contested bidding war for Britain’s biggest breakdown recovery service.

The talks have yet to result in a definitive agreement, but if the three firms do formally team up, it would leave Platinum Equity as the only publicly declared potential counterbidder to the consortium.

Apollo Global Management had been contemplating an offer, but is understood to have switched its interest to participating in a potential refinancing of the AA’s £2.65bn debt mountain.

The listed roadside recovery group and insurer is expected to seek an extension from the Takeover Panel ahead of a deadline for formal bids of 5pm on Tuesday, with the various parties likely to be given several more weeks to formalise their interest.

Some City sources said they had been told that Platinum was unlikely to submit a formal bid for the AA, although the accuracy of that suggestion was unclear on Monday evening.

Long-suffering AA shareholders had their hopes raised of a full-blown auction of the debt-laden company this month when it said it was in parallel talks with a number of prospective bidders as well as examining a refinancing.

The possible disappearance of two of the bidders would dissipate the pricing tension in a bidding process, however.

The AA, which has about 3.2m motorists as members, used to style itself as ‘Britain’s fourth emergency service’.

Founded in 1905, it was a mutual for much of its history.

The AA has had previous spells in private equity ownership, with CVC Capital Partners and Permira loading its balance sheet with debt during their stint as its shareholders.

They then merged it with Saga, the over-50s travel and insurance provider under Acromas, a new corporate umbrella, before the whole structure was unwound just a few years later.

Sky News revealed at the weekend that Saga was close to completing a £150m equity-raise that will see its former boss, Sir Roger de Haan, injecting £100m into the company and returning as its chairman.

Since coming back to the public markets in 2014, the AA has groaned under the weight of its borrowings.

Almost £1bn of the AA’s debts are due to be repaid in the next two years.

In a statement this month, the AA said: “The board of AA believes that in order for the business to achieve its full potential it needs to have greater financial flexibility to make longer-term investment decisions that are in the best interests of the group’s shareholders and its wider stakeholders.

“To achieve this, the group needs a more stable and sustainable capital structure and this requires a significant amount of additional new capital in order to reduce the group’s indebtedness and to fund future growth.”

Mon Aug 31 , 2020
More than 30 pharmaceutical companies and business groups have written to UK prime minister Boris Johnson urging the government to plug a £310m financing gap faced by medical research charities that work closely with industry to fund and develop drugs. Companies at the forefront of Covid-19 drug development, including AstraZeneca, […] 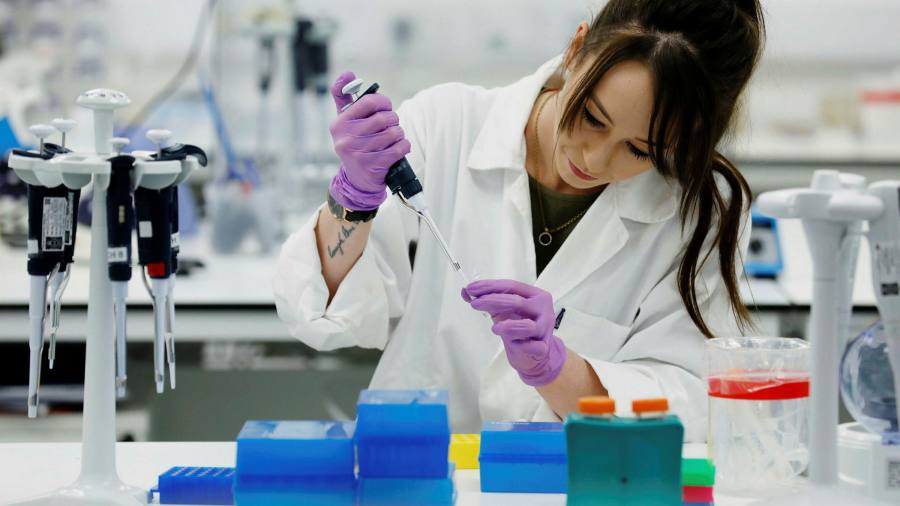