HANOI (Reuters) – After proclaiming success in containing the coronavirus, Vietnam is positioning itself as a safe place to do business, capitalising on demand from international manufacturers looking to diversify their supply chains away from China.

Vietnam has reported a relatively small 288 cases and zero deaths, putting the Southeast Asian country on course to revive its economy much sooner than most others, according to public health experts interviewed by Reuters.

“Given its fast response to the virus, we expect foreign investment to pour in to Vietnam after the pandemic,” Kizuna Joint Development Corp, which builds ready-to-go factories in Vietnam, told Reuters in a statement.

The company, which has a client base of mainly Japanese and Korean investors, said it is speeding up plans to finish a 100,000 square metre (1 million square foot) factory in southern Vietnam in anticipation of an increase in post-pandemic demand.

“The factory space will be ready by July,” Kizuna said.

Advisers who help foreign firms relocate internationally said Vietnam’s success in dealing with the pandemic had already boosted the confidence of foreign investors in the country.

“There is a sense from many of my discussions that Vietnam, relative to many countries in the world, will emerge even higher on the investor radar as a result,” said Michael Sieburg, a partner at Asia-focused consultancy firm YCP Solidiance.

“These opportunities will include the shifting of investment, particularly by large multinational groups seeking to diversify their supply chains to other areas, including Southeast Asia,” deputy minister Tran Quoc Phuong said in a statement on a government website. “Vietnam is among the first of those destinations.”

The shift was already happening.

Before the pandemic, many China-based businesses looking to escape rising labour costs and fallout from the U.S.-Sino trade war had been looking at Vietnam. Hanoi’s growing portfolio of trade deals, such as the European Union Vietnam Free Trade Agreement (EVFTA), was also encouraging investment.

Vietnam’s success in pushing back the pandemic was driven in part by a programme of targeted testing and the mass, centralised quarantine of tens of thousands of people.

Hanoi has made exceptions to the quarantine programme, including for nearly 200 engineers from Samsung Electronics’ display unit, and for foreign oil experts.

But the measures have hit business hard and mean it will not be easy for firms to expand quickly.

“The government is being understandably cautious so, despite lots of smoke, there’s not much fire as it remains difficult for people to come in and sign deals or visit facilities,” said Samuel Pursch of Vriens & Partners, a consultancy advising foreign business in Vietnam.

According to a government survey, 85.7% of 126,565 enterprises polled in Vietnam said they had been negatively affected by the pandemic, with those operating in the aviation, tourism, food and education sectors most affected.

After five years of growth, foreign investment in Vietnam fell 15.5% in the first four months of the year to $12.3 billion, according to data from the General Statistics Office (GSO).

Vietnam’s foreign ministry did not immediately respond to a request for comment about foreign investment in the wake of the pandemic.

Still, Vietnam is targeting annual GDP growth of above 5% this year, a rare pocket of growth in a global economy facing a deep recession.

Fred Burke, a managing partner at international law firm Baker McKenzie, said the pandemic response had reassured businesses based in the country, which would help the economy rebound.

“There was once a time when, in the face of such an epidemic, expats would have run back to their homes in North America or Europe, and even Northeast Asia, but this time, with the high death rates in those regions, people feel safe or even safer here”.

Companies warn over guidance on getting UK back to work

Fri May 8 , 2020
Companies have warned that strict adherence to the government’s guidance to help workers return safely could prove difficult in practice, with those in the hospitality trade particularly worried they will need to stay shut because of the costs and impact on trade. Most companies have welcomed the attempt by the […] 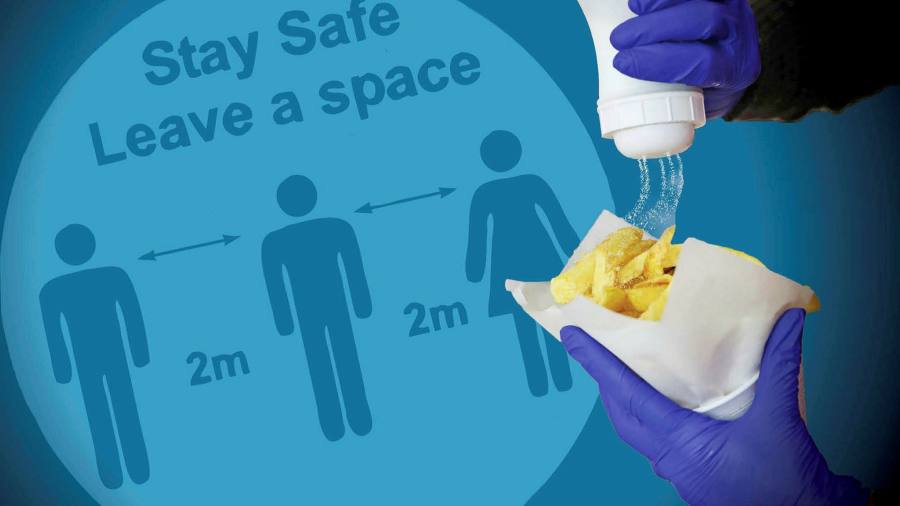