Airbus has warned that its UK employees face “more permanent” job cuts than counterparts in France or Germany, which are both planning to maintain wage subsidy schemes for up to two years to offset the economic impact of the coronavirus pandemic.

Guillaume Faury, chief executive of Europe’s aerospace champion, also called on the UK to “recommit” to the future of its aerospace industry with a package of support measures similar to those unveiled by Paris and Berlin that would help accelerate the development of a new generation of carbon free aircraft.

“It is time for the UK to do what France and Germany have done,” he said. “One year from now, those projects will be launched and then it will be too late.”

The Airbus boss was speaking to the Financial Times just days after France unveiled a €15bn package to support its aerospace industry and as the group prepares a wide-ranging restructuring to adapt to a collapse in demand from airline customers.

The near global grounding of the world’s passenger jets has left many airlines begging for state bailouts to survive. In April, Airbus cut production by roughly a third, prompting a chain reaction of job losses at suppliers.

Mr Faury said he “regretted” the UK’s decision to set an October deadline to end the government payroll subsidy scheme, which foots roughly 80 per cent of the wages of employees on furlough.

Such measures “are ways of damping the workforce reduction and retaining skills”, he said. “If we don’t have that system in the UK, we have to look for more permanent solutions when we could have avoided those . . . for part of the workforce. We would have used it if we had it in the UK.”

In France and Germany, workers are paid virtually their full wage in return for part-time working. This would mitigate the scale of permanent job cuts in these countries, he said, while other measures such as export credit guarantees would help to stabilise demand.

There were no immediate plans to reduce production any further, he added. The job cuts, initially expected this month, would not now be outlined until late July.

Mr Faury’s comments will fuel a rising level of anxiety in the UK aerospace industry, where Airbus employs 13,500 people. The UK has already lost share of the global aerospace market in recent years, falling from second place after the US to third, behind France and roughly equal to Germany.

Moreover, one of the UK’s flagship aerospace companies, aero-engine maker Rolls-Royce, has been particularly hard hit by the crisis, due to its focus on the wide-body jet market, which will be significantly slower to recover.

The concern was that the French and German aerospace industries would emerge from the crisis more competitive, further eroding the UK’s share, said Paul Everitt, head of the aerospace industry lobby group, ADS.

“The longer we wait to do anything, the more entrenched the advantage in other countries becomes,” he said. The UK should consider measures such as accelerating public procurement and stepping up investment in research and development.

Mr Faury said it was urgent that the UK took steps to secure its position on carbon-free aircraft technologies. France has set aside €1.5bn to support development of a next generation carbon-free jet by 2035, while Germany has also announced a €7bn national hydrogen strategy which could accelerate the development of alternative fuels.

While the UK had invested heavily in new wing technology, which would be part of the next Airbus jet, “there are other areas like propulsion where we think the UK has the opportunity to fund more”, he said, in a clear reference to Rolls-Royce. “We are at tipping point.”

A UK Treasury spokesperson said the UK’s support measures — including income support, loans and grants and tax deferrals — were among “the most generous in the world”.

“We will continue to look at how to adjust our support in a way that ensures people can get back to work, protecting both the UK economy and the livelihoods of people across the country,” the spokesperson said.

Mr Faury concluded by saying he was concerned by the “deadlock” between the UK and the EU over the terms of their relationship after the transition period for Brexit ends this year.

“The aerospace ecosystem today includes the UK. Today the UK is in Easa [the EU aviation safety regulator]. European programmes include the UK. This is an asset we need to preserve,” he said. “If the UK were to isolate itself through a bad Brexit agreement that would be a pity.”

House prices and the city vs country quandary

Fri Jun 12 , 2020
What do you want right now? Immediate freedom to go to the Italian lakes aside, I bet that near top of your list is a bigger garden. If it isn’t that, it will be a home office or two, or perhaps an intergenerational living annexe — so if lockdown ever […] 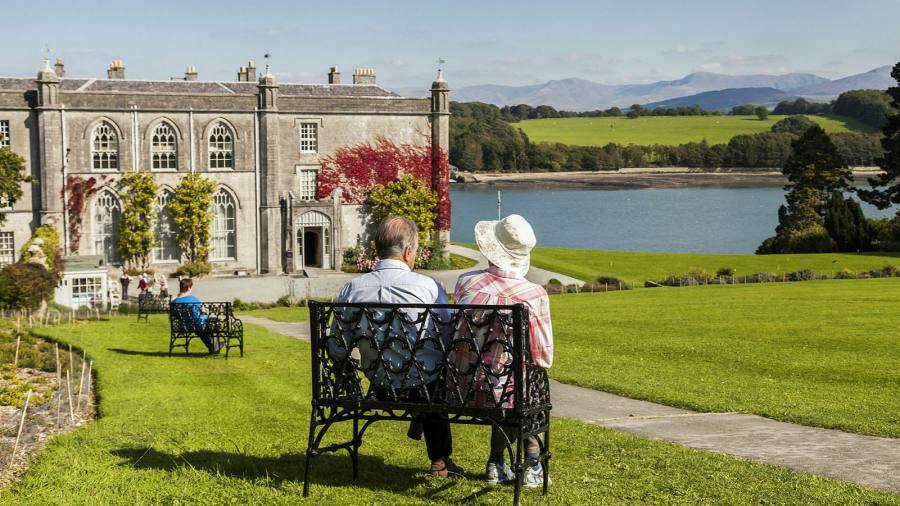