Airport ground-handling companies have warned of further steep job losses unless the government offers specific support for the aviation sector over the coming months.

The UK’s four biggest air services groups said that some companies in the sector could fail without help in a rare joint plea to the Treasury, and called for a new system to protect jobs once the furlough scheme winds down in October.

The companies employ 30,000 people across the UK and provide airport services from check-in and baggage handling to catering and fuelling. Like the airlines and airports that they work with, their businesses have been devastated by the collapse in demand for flights during the pandemic.

Senior executives from Swissport, Menzies Aviation, WFS and dnata wrote to senior ministers including Treasury secretary Stephen Barclay this week asking for their workers’ wages to be part-subsidised until passenger numbers return to pre-Covid levels. Chancellor Rishi Sunak has previously defended the plan to end the job retention scheme this autumn, although he has not ruled out an extension.

“Aviation faces a very different road to recovery to other parts of the economy. We believe that the time has come to consider a sector support package to recognise our unique circumstances,” the executives said in a letter seen by the Financial Times.

The companies have already started axing some jobs, including market leader Swissport which plans to halve its UK workforce, but they said deeper cuts are likely to follow without help.

“Failure to tackle the issue will lead to significant redundancies, a loss of vital skills, the likelihood of security and safety issues and ultimately could lead to the failure of ground-handling companies or the removal of services from non-financially viable airports,” the letter said.

John Geddes, corporate affairs director at John Menzies, said the industry was in a precarious position.

“We are coming back out of the job retention scheme with a slither of the volume that we had going into it . . . We are going to lose a huge amount of these people if we have this cliff edge,” he said.

The four companies joined together at the height of the crisis in the spring to warn the government of the uncertainty facing the sector as flights were grounded.

The desperate situation facing companies across travel and transport was underlined on Thursday when bus manufacturer Alexander Dennis announced it has launched formal consultations on plans to cut 650 jobs in the UK.

The manufacturer has suffered a “dramatic” fall in demand for new buses, and called on Westminster and the Scottish government to provide stimulus funding to help operators place new orders.

“We have no choice but to implement these tough decisions to protect the company’s future health,” said chief executive Paul Davies.

This week the Society of Motor Manufacturers and Traders said new bus and coach registrations fell by more than three-quarters in the second quarter of this year, with just 328 units making it on to British roads.

Thu Aug 20 , 2020
A Conservative party grandee has been given the job of reviewing the effectiveness of the Cabinet Office as part of Boris Johnson government’s efforts to shake up the UK civil service. Francis Maude, a former Tory minister and member of the House of Lords, has been asked by Cabinet Office […] 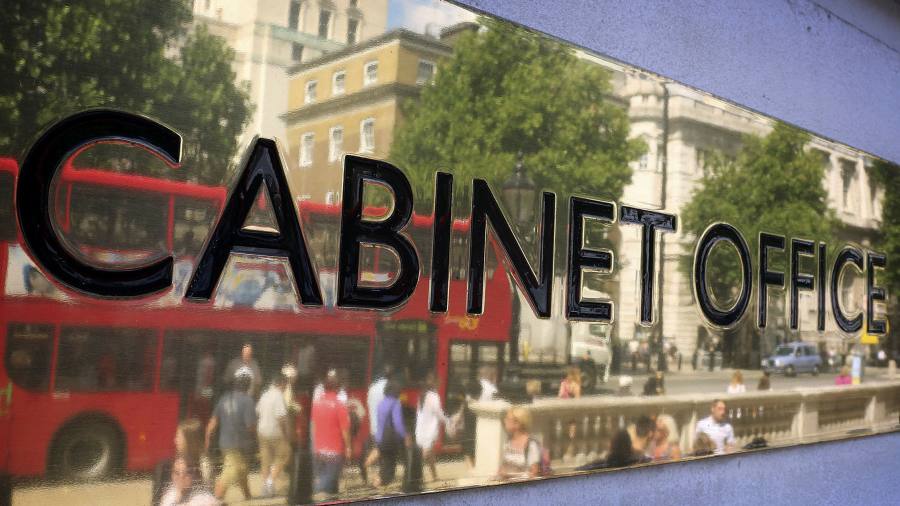