People in central London will be able to eat and drink in pavement cafés and restaurants from as early as next month under plans drawn up by Westminster council to relax the rules governing outdoor venues.

The government will decide on July 4 whether or not to allow the reopening of the hospitality industry, depending on whether the coronavirus pandemic is under control. But with social distancing measures expected to remain in place, many venues want to put tables and chairs outside to increase their capacity and remain viable.

Under current planning rules, a premises cannot serve food and drink outdoors without a special permit.

Ministers are planning to liberalise the system as part of a broader “coronavirus recovery bill”, which will include a loosening of Sunday trading laws. But Westminster City council — which is responsible for 3,700 licensed premises in London’s West End — believes the bill is unlikely to become law until late July or August.

As a result it will use “temporary events notices” to allow thousands of premises to put tables outside their front doors throughout July — in line with similar plans for Manchester — to give Soho, Chinatown, Mayfair and St James a “continental-style makeover”.

The temporary notices can be used for a total of up to 21 days in a single year, and Westminster envisages using them in July and August. “That will give us a way to bridge the gap while the government is pushing ahead with their legislation,” said Melvyn Caplan, deputy leader of the council.

The council will also close some streets in the evenings, including Old Compton St and Frith St in Soho.

All tables would have waiter or waitress service and drinking standing up outside pubs will be prohibited. Customers would be able to use toilets inside the venues but the council is also considering providing temporary outdoor facilities.

“It’s a good idea — definitely. It could make the difference between whether a restaurant can open or not,” said Des Gunewardena, chief executive of D & D, which operates 31 restaurants across London, including in Westminster.

But he warned that the initiative could struggle because people have been urged not to use public transport.

Manchester is also considering using temporary orders to reawaken its nightlife in the streets around Gay Village, a popular party spot.

“Hospitality recovery is going to be led by outdoor usage so we’re prepared to look at extra space for people,” said Pat Karney, the councillor responsible for Manchester city centre. “We’ve studied carefully what’s been happening in Berlin and other European cities. It’s going to be recovery and reinvention.”

Restaurants and bars have been lobbying the government for more clarity on when they can reopen and for a change in the guidance on social distance, warning that the current two metre rule will make thousands of businesses untenable.

But even if the distance is cut, operators say there is no guarantee that frightened consumers will return, and they are hoping that evidence that coronavirus is less easily transmitted out of doors will encourage people to eat and drink outside.

Richard Caring, who owns London restaurant Le Caprice, announced on Monday that the venue favoured by celebrities was moving from its current site behind the Ritz hotel, and said the lack of outside space was a “major factor” in the decision.

Australia looks for UK trade deal ‘by end of 2020’

Wed Jun 17 , 2020
Australia will aim to conclude a free trade deal with the UK in “record” time following the start of formal talks on Wednesday, according to Simon Birmingham, Australia’s trade minister. Mr Birmingham told the Financial Times he hoped negotiations could be wrapped up by the end of 2020 on a […] 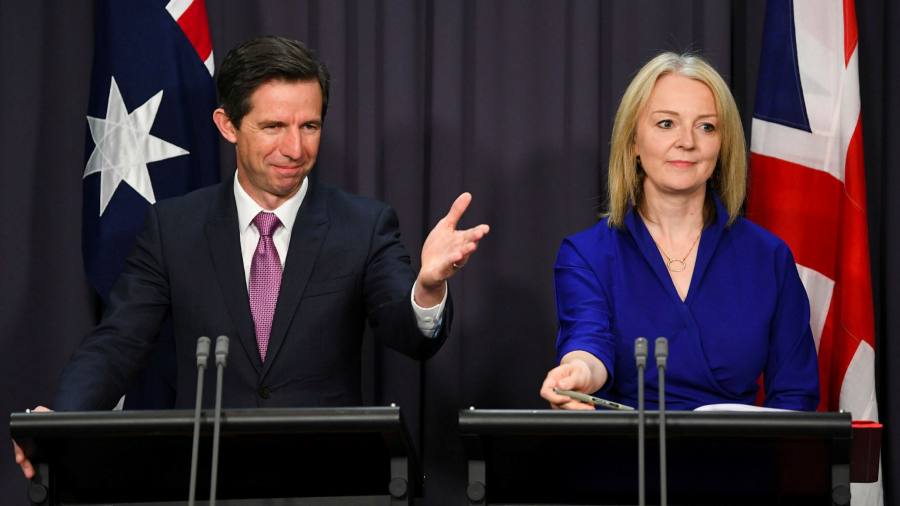