DETROIT (Reuters) – The U.S. factories that make Fords, Chevys and Jeeps are coming back to life this week as workers install new safety equipment and wake up machines ahead of the high-stakes restart the Detroit automakers plan to launch on Monday.

An operator at FCA’s Brampton Assembly Plant installs a removable plexiglas partition in the engine compartment of a Dodge Challenger to help staff maintain social distancing against the coronavirus disease (COVID-19) in Brampton, Ontario, Canada in an undated photograph provided May 13, 2020. FCA/Handout via REUTERS.

Ford Motor Co (F.N), General Motors Co (GM.N) and Fiat Chrysler Automobiles NV (FCHA.MI) (FCAU.N) all plan to reopen North American factories on May 18. The reopening of the U.S. auto sector will be a closely watched test of whether workers across a range of industries can return to factories in large numbers without a resurgence of COVID-19 infections. How well the automakers do will be significant for the U.S. economy, as nearly 1 million workers are employed in the sector.

Executives at Ford and GM said separately this week the companies have not recorded any cases of COVID-19 transmission in plants outside the United States since adopting new safety protocols. Those procedures include mandatory face masks, separation of workers on assembly lines, frequent cleaning of work areas and requirements that workers pass through temperature monitors and report any symptoms before entering a plant.

The Detroit Three have taken unprecedented steps to share information about coronavirus safety practices and develop a common set of workplace standards for their restarts, working with the United Auto Workers union, executives said.

“We thought it was critical that we did it together,” Ford manufacturing and labor chief Gary Johnson told Reuters. “We’ve never done this as an industry.”

The Detroit automakers will restart U.S. plants without regular testing of workers, because they do not have access to sufficient testing capacity, executives and UAW officials said. They will test workers who report COVID-19 symptoms or have fevers discovered by temperature scanners installed at factory entrances.

“We have to continue to push for this testing,” United Auto Workers union Vice President Cindy Estrada told Reuters on Wednesday. “Unless we have testing weekly to keep sick people out of the plant there is always a risk.”

Adopting new safety practices is just part of the work the companies must do to reopen after an extraordinary shutdown that has lasted two months.

At Ford, workers going in to ready factories are part of what Chief Operating Officer Jim Farley calls “wave zero.” The work of wave zero employees “is really important for success of the startup,” he said in an interview.

Lubricants used in engine machining systems must be checked. Fluid tanks in paint shops have to be filtered for bacteria and other contaminants.

Aluminum that was sitting in plants waiting to be turned into exterior panels for the company’s best-selling F-series trucks has to be formed into parts within a certain period of time, Ford’s Johnson said.

During the shutdown, some Ford workers went into the automaker’s Dearborn, Michigan, pickup plant to build aluminum parts and apply protective coatings so the metal did not have to be scrapped. Some aluminum doors were then trucked out to the homes of quality inspectors who tore them apart in their garages to check that adhesives had not failed, Johnson said.

Ford has had finished vehicles sitting in lots and at rail heads for two months, which means the batteries could be dead. “We can now ping the vehicle and get a reading back – has the battery drained?” Johnson said.

Along assembly lines, UAW skilled trades workers at Fiat Chrysler’s Jeep plant in Toledo, Ohio, worked during the shutdown to install shields to separate workers who would otherwise get too close.

At one point on the line, one worker is supposed to install a windshield washer fluid bottle while another installs fuses. Now, those workers are separated by an orange plastic sheet that descends from a hanger installed over the vehicle, said UAW Local 12 President Bruce Baumhower, whose local represents about 6,000 hourly workers.

“Our UAW skilled trades guys have worked through this entire shutdown developing those kinds of systems, those kinds of brackets and tooling,” he said.

The automakers are learning daily from their operations in China, which are weeks ahead of the United States and Europe in terms of reopening. As the weather has gotten warmer, Chinese workers are getting hot under their masks and want more breaks, Farley said.

“We’ve found lots of hacks,” he said. “People are putting lavender oil in the masks.”

Reporting by Joseph White and Ben Klayman in Detroit; Editing by Matthew Lewis

Mortgage market springs back into action

Wed May 13 , 2020
Home buyers whose plans were put on ice under the coronavirus lockdown will see their mortgage options open up after the government announced measures to bring the property market out of limbo. From Wednesday, surveyors were allowed to enter homes to carry out valuations, buyers and sellers could view properties […] 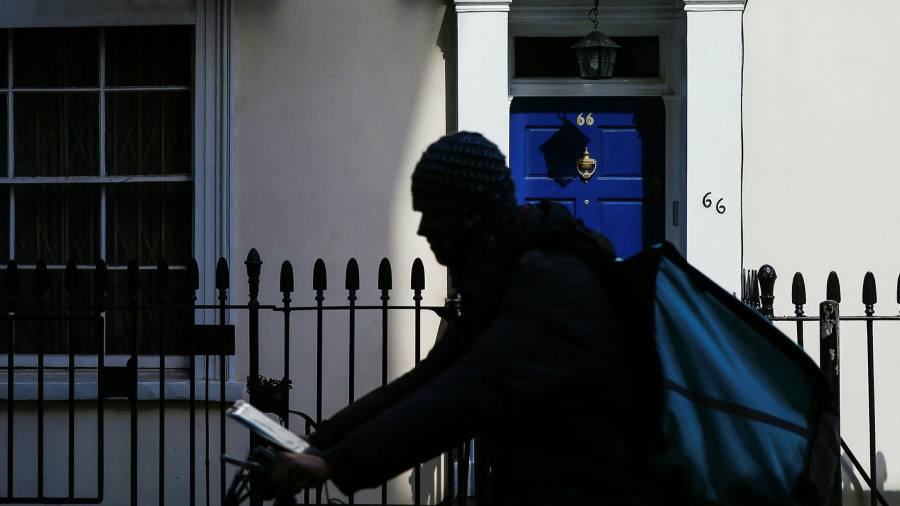