Some of America’s biggest tech companies have defied the coronavirus pandemic to post better-than-expected financial results.

Amazon posted the biggest profit in its 26-year history, while Facebook, Apple and Alphabet all beat estimates.

Many brick-and-mortar retailers have struggled during the coronavirus pandemic, with most forced to shut down under rules intended to limit the spread of the illness.

Even as retailers reopen following the easing of lockdown restrictions, they are having to lay off workers to survive.

The company’s founder Jeff Bezos, who is the world’s richest person, described the quarter as “highly unusual”.

The online marketplace had thought it would lose money in the second quarter as it expected to spend around $4bn (£3bn) on protective equipment for its workers along with other coronavirus-related measures.

Apple reported year-on-year revenue gains across every category and chief financial officer Luca Maestri said the strong performance was expected to continue into the next quarter, despite new models being delayed.

The California-based company benefited from more people working and learning from home during the lockdown, prompting a boost in demand for iPads and Macs.

Chief executive Tim Cook told Reuters: “Both had some really significant product announcements at the end of March, beginning of April.

“I think we have the strongest product line in both areas that we’ve ever had.

“You combine that with the work from home and remote learning, and it’s yielded really, really strong results.”

The smartphone market was slowing even before the coronavirus, resulting in Apple’s increasing focus on its services – the biggest component of which is its App Store, where it generates commissions of up to 30%.

Apple did not give a forecast for its fourth quarter.

Facebook reported an 11% increase in revenue – above expectations of a 3% fall but still its slowest rate of growth since its 2012 initial public offering.

Google’s parent Alphabet saw its quarterly revenue down by 2% compared to last year.

It was the first fall in 16 years but the decline was not as bad as expected as many advertisers remained loyal during the pandemic.

Nicholas Colas, co-founder of DataTrek Research said: “The unifying factor is they have the ability to both grow and control their cost structures through the pandemic. That is always a good place to start from when you have a downturn.”

Fri Jul 31 , 2020
Jet2 has warned some of its customers in Spain that they should return to the UK earlier than planned or risk having to make their own way home. The travel firm is suspending flights and holidays to Tenerife, Gran Canaria, Fuerteventura, Lanzarote, Majorca, Menorca and Ibiza up to and including […] 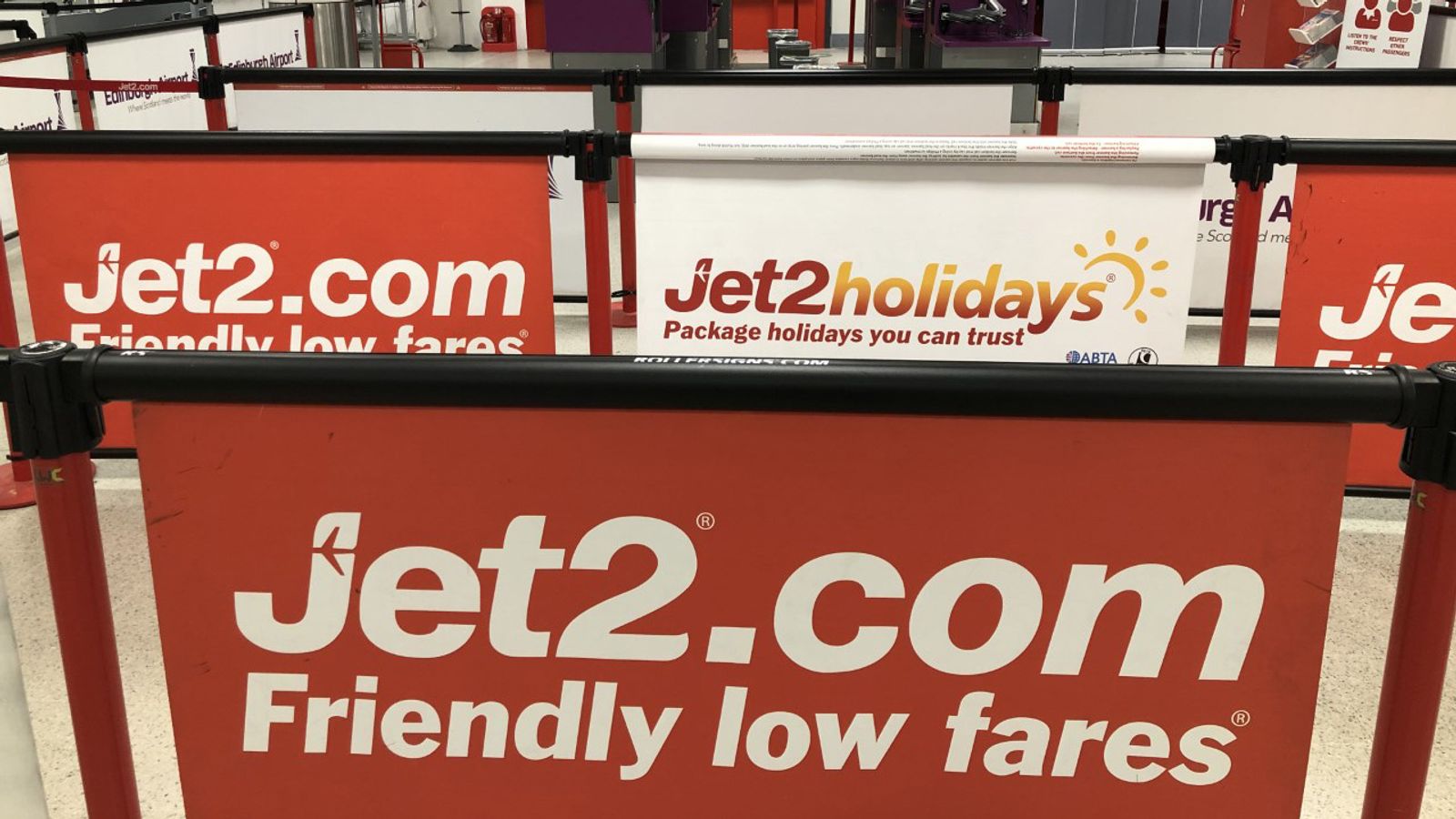