(Reuters) – Amazon.com Inc said on Tuesday it terminated two employees, who criticized the working conditions at the e-commerce giant’s warehouses in the wake of the coronavirus pandemic, for “repeatedly violating internal policies”.

The termination of Emily Cunningham and Maren Costa, who worked as user-experience designers in Seattle, came in a couple of weeks after the company fired another employee Christian Smalls for raising health and safety concerns for people laboring through the outbreak.

The Seattle-based firm has been facing public scrutiny over safety and working conditions of warehouse, delivery and retail gig workers in the United States after cases of COVID-19 were reported in some of its facilities. Amazon workers have also protested in other countries.

Amazon said it supported “every employee’s right to criticize their employer’s working conditions, but that does not come with blanket immunity against any and all internal policies.”

The world’s largest online retailer is racing to update safety protocols, keep warehouses functional and ship essential goods to shoppers who have been told by their governments to stay home to stop the spread of the coronavirus.

The Washington Post, which first reported here the story, identified the two employees as members of Amazon Employees for Climate Justice, an employee climate group that has been vocal in raising concerns over protecting warehouse staff.

Reporting by Aakriti Bhalla in Bengaluru, Editing by Sherry Jacob-Phillips

Tue Apr 14 , 2020
By Olga Cotaga LONDON (Reuters) – The dollar fell on Tuesday after better-than-expected economic data from China which painted a less gloomy picture than feared following the coronavirus epidemic there and gave a boost to sterling and the Australian dollar. China’s March exports fell 6.6% from a year earlier, compared […] 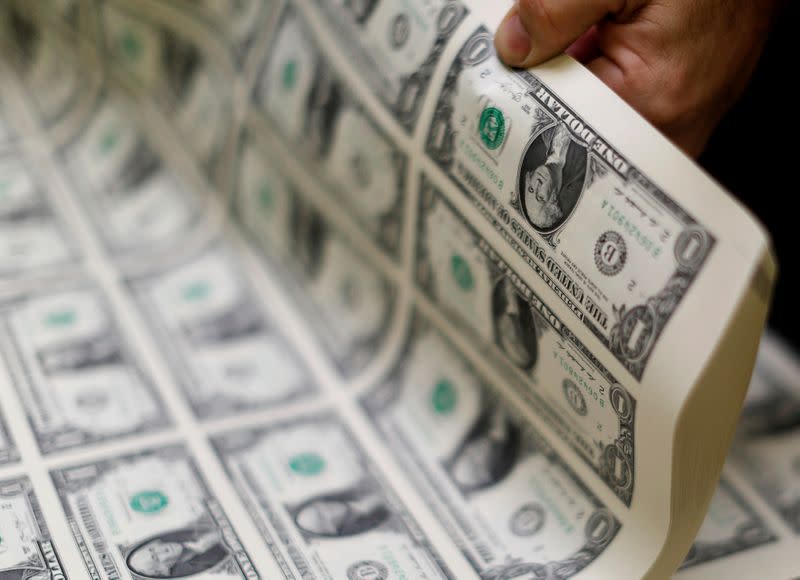