Amazon is continuing its drive to be seen as the saviour of the furloughed north American worker, by announcing it will create an extra 75,000 jobs in the US and Canada in response to the coronavirus pandemic. The online retailing giant, which last month announced it would hire an extra […]

Amazon is continuing its drive to be seen as the saviour of the furloughed north American worker, by announcing it will create an extra 75,000 jobs in the US and Canada in response to the coronavirus pandemic.

The online retailing giant, which last month announced it would hire an extra 100,000 staff, said it had hit its previous hiring target and now needed a further recruitment drive.

A blogpost on the company’s website on Monday said: “On March 16, we announced Amazon … would hire an additional 100,000 people in full and part-time jobs across our operations network to keep as many people as possible working during this crisis.

“Today, we are proud to announce that our original 100,000 jobs pledge is filled and those new employees are working at sites across the US helping to serve customers. We continue to see increased demand as our teams support their communities, and are going to continue to hire, creating an additional 75,000 jobs to help serve customers during this unprecedented time.”

The jobs are being advertised in 30 US states and in Canada.

At the same time, Amazon also said it would create 5,000 “new full and part-time positions and delivery driver opportunities across the UK in our fulfillment centres and logistics network to meet the surge in demand”.

The company did not say how many of the 5,000 UK-based roles it had filled.

While Amazon has responded to the Covid-19 crisis by increasing employment and pay, the moves have come against the backdrop of a number of criticisms of the company’s working conditions.

Amazon hires another 75,000 staff to cope with Covid-19 demand

Mon Apr 13 , 2020
Amazon is racing to hire another 75,000 warehouse workers as it continues to struggle with an enormous surge in delivery orders. The online shopping giant said it had completed its push for 100,000 more workers in just four weeks and now needed to keep up the hiring blitz to manage […] 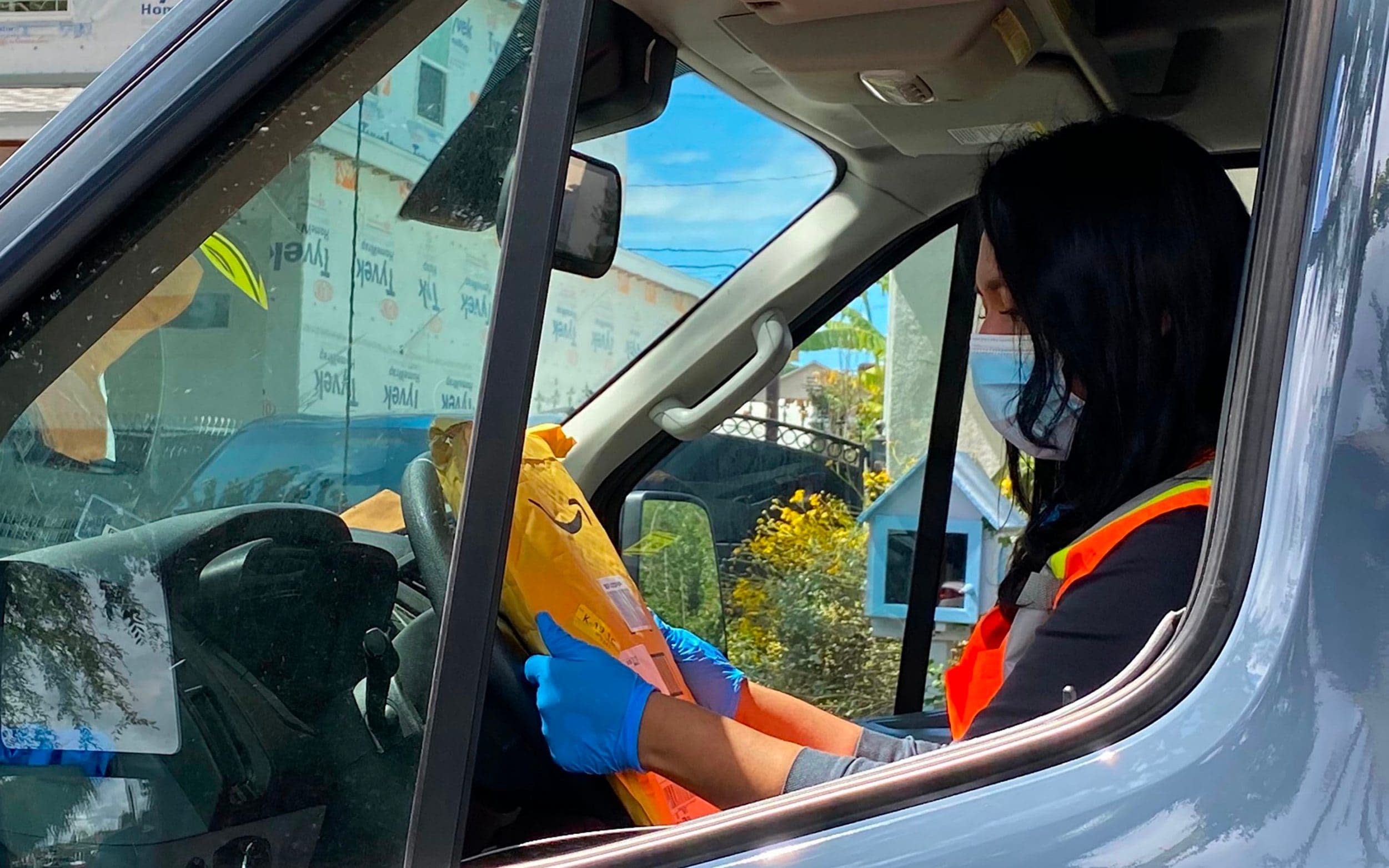