The multimillionaire founder of Amigo Loans will sell his entire 61 per cent stake in the guarantor lender after he lost a battle to remove its board of directors.

Around 91 per cent of Amigo’s minority shareholders rejected James Benamor’s request to replace its five directors with his two nominees in a vote on Wednesday morning.

Amigo had claimed that the company may be forced to suspend trading if shareholders voted in favour of Mr Benamor’s proposals because neither of the two individuals he recommended had regulatory approval to run a financial services business.

Mr Benamor said on Twitter: “Shareholders have spoken. They believe in the board’s vision, not mine. It’s not the first time I’ve thought investors were wrong about something, but it is the most painful. Amigo will move forward with shareholders and a board that are united. I genuinely wish them the best.”

Stephan Wilcke, chairman of Amigo, said: “The board and I would like to extend our thanks to Amigo’s minority shareholders for their support. We will now start the process to find the new board members for Amigo to facilitate an orderly handover.”

Mr Wilcke will step down as chairman tomorrow and will be replaced by Roger Lovering, Amigo’s senior independent director, on an interim basis. Hamish Paton, chief executive, has agreed to resign at the end of July. Both had agreed to resign last year at the “first suitable opportunity”.

Mr Benamor, who started the loans business in Bournemouth in 2005, promised this month to sell out of Amigo if the shareholder vote to replace the board did not go his way. He was prevented from voting by a court injunction brought by Amigo.

The sell-off is likely to cause further disruption to Amigo’s share price, which has crashed from 275p when it floated in 2018 to about 13p today. The share price fell almost 17 per cent on Wednesday. The company’s value is below £70m, down from £1.5bn at its peak shortly after it listed on the London Stock Exchange.

Amigo has clashed with its founder since last year, when he forced his way back on to its board for just four months, claiming the company was “committing slow-motion suicide”. In March, Mr Benamor called for the company to immediately cease lending and to challenge the Financial Ombudsman Service in court over its decision to ramp up pressure on the company over the affordability of its loans.

Amigo provides “guarantor loans” to people with poor credit histories if they have friends or family willing to cover their repayments if they fall into difficulty. There has been a sharp rise in complaints about these loans this year, which has raised concerns about Amigo’s survival.

Amigo admitted this month that it needed to spend at least £35m to clear a backlog of complaints. It is also being investigated by the Financial Conduct Authority over its checks on borrowers’ creditworthiness dating back to November 2018.

The company’s £315m of junk bonds have slumped to less than 50p in the pound, suggesting debt investors believe they are likely to lose most of their money.

Amigo made pre-tax profits of £53.5m in the nine months to January, down from £79m a year earlier.

Wed Jun 17 , 2020
The pink clutches of piglets on Rob Mutimer’s outdoor pig farm in Norfolk will soon be repackaged as back bacon on Britain’s breakfast tables, but in the five months left to them before slaughter they do enjoy a pretty good life. There is straw to snuffle in, a puddle to […] 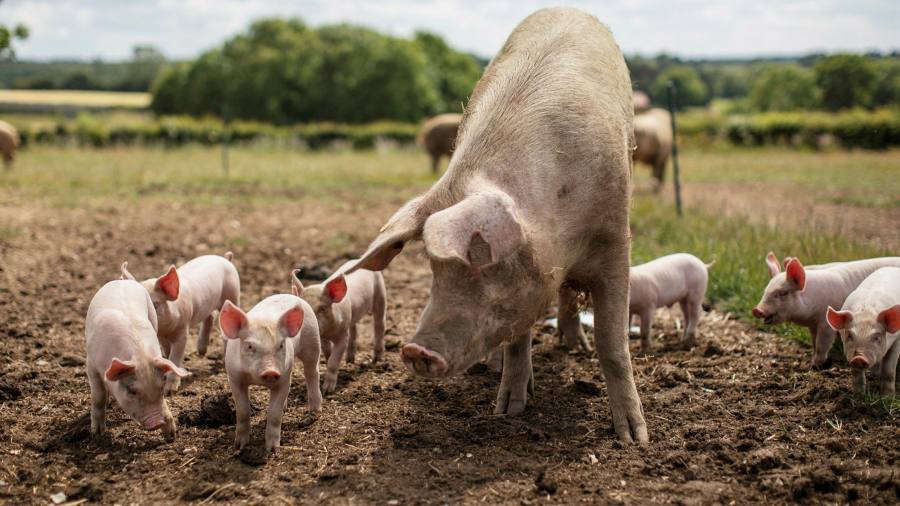