The Bank of England’s chief economist has said the UK economy is recovering much faster from the coronavirus lockdown than the central bank had expected, casting doubt on the need for further stimulus.

The recovery is “so far, so V [shaped]”, Andy Haldane said in an online presentation, explaining that he voted against pumping another £100bn of newly created money into the economy because the “upside news on demand had outweighed the other negative news on the outlook”.

Mr Haldane’s speech laid bare the tensions within the BoE between a desire to help the government in its drive to support the economy and protect jobs, and its mandate to keep inflation under control.

In a minority of one on the nine-strong monetary policy committee in its June meeting, Mr Haldane said the emerging data showing the deepest recession in many hundreds of years were already “ancient history”.

He was concentrating on real-time indicators that showed the recovery was significantly faster than the BoE had expected in its most recent forecast from May.

If spending levels were maintained from current levels on the path the bank forecast in May, the economy would be 3 per cent larger than expected over the next few years, implying inflation would be one percentage point higher than forecast.

Applying rules of thumb used by economists, Mr Haldane said that these considerations suggested the official interest rate should be about one percentage point higher than it was currently to maintain stable inflation around the BoE’s 2 per cent target.

The BoE’s chief economist said there was still a risk that economic events would turn out badly but the MPC should have taken note of the changes in the central path of its forecasts since May and not added more stimulus.

Other MPC members, in contrast, argue that with 9m employees furloughed, the bigger risk was that as many became unemployed, households would slow their spending in a vicious circle that saw prolonged economic weakness.

Mr Haldane recognised this was a risk but balanced it against what he saw was a bigger concern that demand would outstrip the economy’s ability to supply goods and services without prices rising too fast.

“Given the strong forces acting on inflation in both directions, the MPC is being especially vigilant in monitoring trends in inflation expectations,” he said.

Mr Haldane said he shared the governor’s view that the amount of money created by the BoE had grown very rapidly and there was a risk of a “dependency culture” in financial markets and the economy that the central bank would always be there with newly created money to solve any problem.

He declined to comment on whether the BoE was close to setting a negative interest rate, saying the review of the idea was continuing and would not be complete until “well into the second half of the year”.

Tue Jun 30 , 2020
Boris Johnson has promised a planning revolution to help England build its way out of recession, but the prime minister’s attempt to set a post-Covid agenda was overshadowed by a renewed lockdown in Leicester. Mr Johnson has been planning a “big speech” for weeks to refocus the government on rebuilding […] 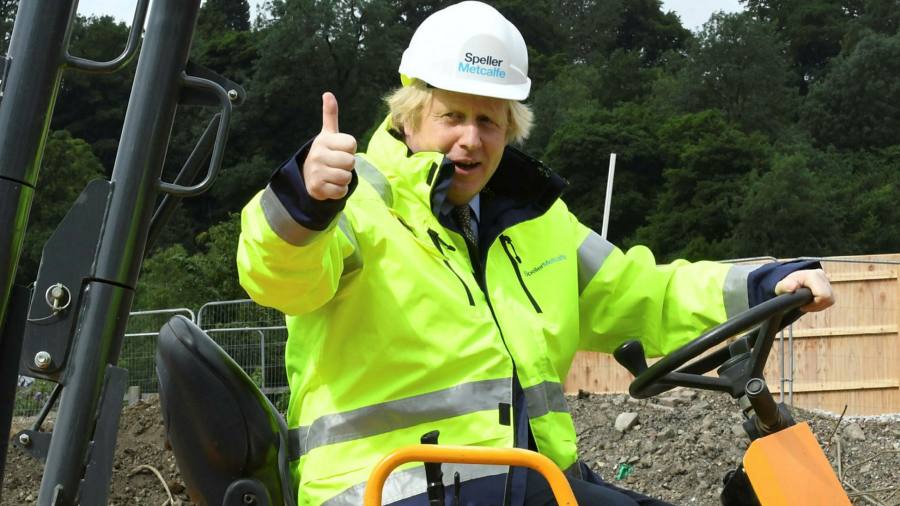