Apple’s stock market surge has hit a fresh milestone as its value overtook that of the entire FTSE 100 index of UK-listed companies.

Tech stocks such as Apple have helped US indices hit new record highs recently despite the global economic devastation wrought by the coronavirus pandemic.

By contrast the FTSE 100, while having partly recovered from the sharp decline seen at the start of the pandemic in the spring, is yet to recover to its pre-Covid peak.

London’s blue-chip index had another gloomy session on Tuesday, sinking more than 1% partly thanks to a rise in the pound against the weakening dollar.

A stronger pound versus the greenback tends to hit the FTSE because it reduces the sterling value of companies’ overseas dollar earnings.

The UK index’s big fallers on Tuesday included beleaguered Rolls-Royce – which has had a torrid time since reporting a record £5.4bn half-year loss last week – and British Airways owner International Airlines Group, another company being crushed by the gloom surrounding the aviation sector.

Britain’s FTSE 100 also lacks the cutting edge pizzazz of Wall Street darlings such as Apple, Facebook and Amazon – stocks that have been doing well in spite or even because of the lockdown.

The FTSE, whose companies include heavyweight global players including banking giant HSBC, oil major Royal Dutch Shell and consumer goods behemoth Unilever, is worth about £1.5trn.

On Monday – with the US markets open but London closed – it enjoyed further gains after a four-for-one stock split.

The split divided each share worth around $500 to four, each worth around $125, with the idea being to make individual shares more accessible to small-time investors.

It does not make the overall value the stock cheaper.

The shares were up again, to more than $130, in early trading on Tuesday, after a report that Apple had asked suppliers to make at least 75 million 5G iPhones for later this year.

Demand for US tech shares has been partly driven by the flood of cheap money created by the US central bank to support the economy as it recovers from its largest slump since the Great Depression.

Market data appears to show that Apple overtook the value of the FTSE 100 some time in late August though the precise timing is hard to pin down because of the fluctuating value of the pound versus the dollar.

“Like many tech companies, Apple had a ‘good’ lockdown – if such a thing is possible – in that its services and capabilities helped people a lot in their time of need.

“The ecosystem of apps means customers are even stickier and more loyal than previously and lockdown means we are more reliant on mobile capability than ever before.

“In addition, the company has a net cash balance sheet and is still paying dividends at a time when rock-bottom interest rates mean many investors are scrambling to find reliable income.”

Tue Sep 1 , 2020
British Airways’ parent company is facing an investor revolt next week over pay awards to its top executives, adding City institutions to the list of stakeholders with whom it has clashed during a turbulent coronavirus crisis. Sky News has learnt that a number of major shareholders in International Airlines Group […] 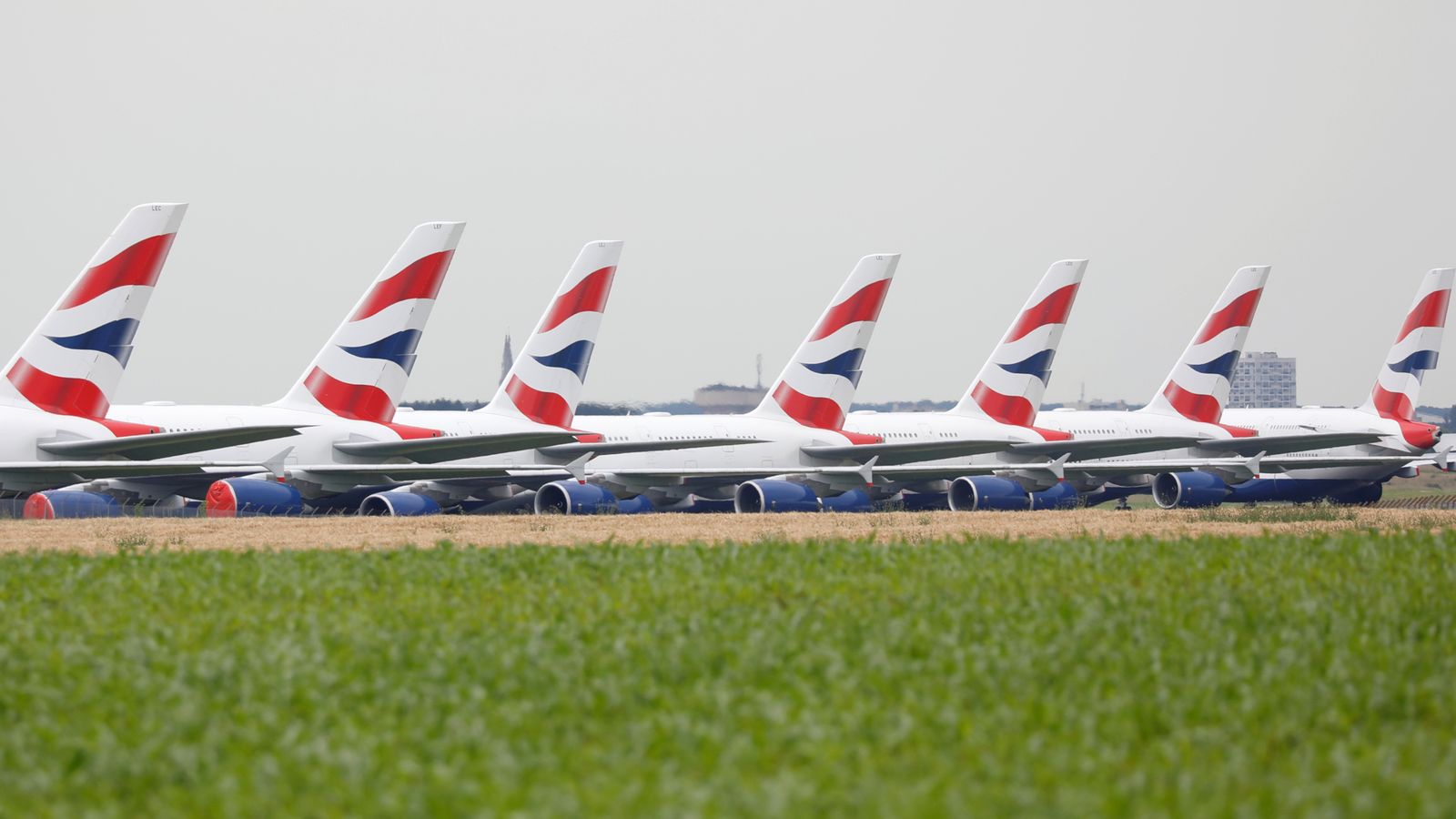