Apple has launched a range of new products in its September event, but – for the first time in years – it has not released a new iPhone.

Three new Apple Watches were shown off as was the updated version of watchOS.

A pulse oximeter allows the wearable to detect blood oxygen levels by using red and infrared light to measure the colour of wearers’ blood.

The Apple Watch 6 will be available for £379 from 18 September, while the high-end version with GPS and cellular capabilities costs £479.

A cheaper Apple Watch SE will be available from £269 with just GPS, or £319 with GPS and cellular capabilities.

As part of the company’s move to generating service revenue, it announced a new Fitness+ service allowing Apple Watch users to take part in programmed workouts with world-leading fitness experts, with performance measured by the Apple Watch.

Access to Fitness+ and other services is now available in a bundle called Apple One. This will be priced at £29.95 per month in a premier version which can be shared among family members, or for £14.95 per month on a limited subscription with fewer services.

The company also introduced its most powerful ever chip, the A14 Bionic, which will be available in the new iPad Air 4, available from £579.

Tue Sep 15 , 2020
Chancellor Rishi Sunak has signalled that he could take further action to prevent a wave of job losses, after official figures showed the sharpest increase in UK redundancies since the aftermath of the financial crisis. Office for National Statistics data released on Tuesday showed the unemployment rate rose to 4.1 […] 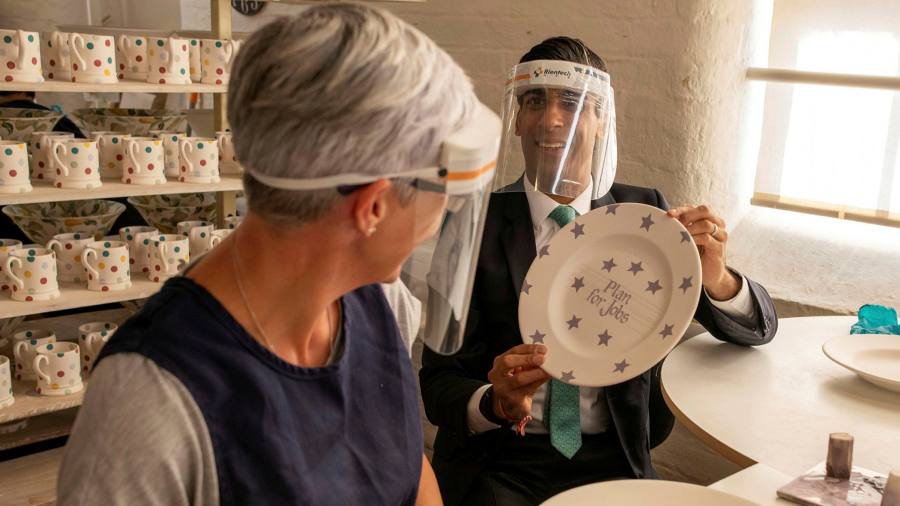