Applications for payments under the government’s flagship job retention scheme are slowing as employment experts warned that the scheme’s design was inflexible for many employees and companies.

After 185,000 claims were submitted when the platform went live on Monday, Tuesday saw a further 124,000 claims even though the scheme was open a full 24 hours. The Treasury said there was a further fall in submissions on Wednesday.

By the end of Tuesday, employers had claimed support worth £2.6bn in state aid for 2.2m employees, which the Treasury said would have been a “massive, massive” increase in unemployment if people had been laid off. The scheme pays 80 per cent of wages up to £2,500 a month.

With the Office for Budget Responsibility suggesting 8m furloughed workers would end up on the scheme, analysts hoped the lower numbers showed the economy had been more resilient during coronavirus than the government was expecting.

Treasury officials were not yet drawing comfort from the figures, but watching to see how employers got on with the scheme.

Employment lawyers said they would expect more applications, on the basis of the inquiries they had been receiving from clients. But evidence mounted on Wednesday that some were finding the scheme difficult.

Tim Leaver, a partner at the law firm Herbert Smith Freehills, said many of his clients felt unable to use the scheme because employees were not allowed to do any work at all while on furlough. This would suit a manufacturer whose factory was closed, but professional services firms with continuing client business were instead trying to reach agreements on reductions in pay and/or working hours.

Many of the UK’s most vulnerable workers — temps employed through agencies, those on zero-hours contracts, or contractors paid through umbrella companies — may also fall through the cracks, even though the government has made it clear that the job retention scheme is intended to cover them.

This is because their employers — while they may wish to help — incur no cost at all for temps or zero-hours workers who are idle, and fear they may be running a big financial risk by using the scheme without greater clarity from the government on how to calculate workers’ pay.

Jolyon Maugham, a tax lawyer, said he had been forced to advise one large agency that using the scheme would be risky. Calculating the amount due to people with irregular work patterns, or those who made most of their money through piecework or overtime, was “genuinely complicated and agencies may take the view that any risk to them is unacceptable”, he said.

The Recruitment & Employment Confederation, which represents recruitment agencies, has asked the government to confirm that agency workers will not accrue holiday pay while on furlough, arguing that many agencies would be unwilling to use the scheme unless they were sure they would not incur costs that could run into millions of pounds a month for the largest.

“There are up to a million agency temps in the country. They deserve protection as much as any other workers. We know that some are in real trouble,” said Neil Carberry, the REC’s chief executive.

The good news for the Treasury and the economy is that there is little evidence so far that employers are shunning the furlough scheme in favour of mass redundancies.

Mr Carberry said many companies that were not yet facing acute cash flow difficulties would already have done their payroll for April, and might simply have chosen to wait until after the initial rush of applications to make their own.

Wed Apr 22 , 2020
LONDON (Reuters) – British motor insurers should repay all or some of their premiums to customers because of a steep drop in car use and claims due to the coronavirus lockdown, a group of lawmakers said. FILE PHOTO: General view of the A3 motorway, Wincanton, Britain, April 15, 2020. REUTERS/Dylan […] 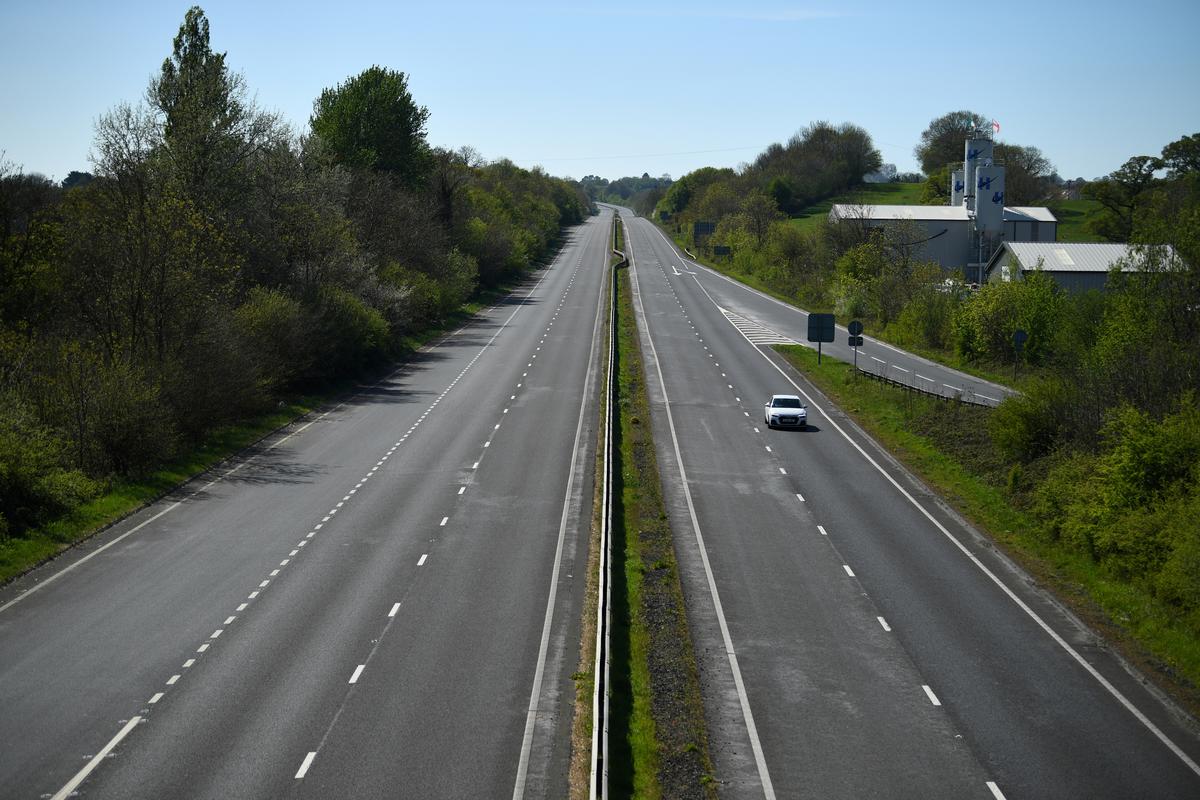