Boris Johnson has promised to guarantee an apprenticeship for every young person, when he sets out measures to avert an unemployment crisis as the economy emerges from lockdown.

The pledge, made in an off-the-cuff answer at a briefing earlier this month, has raised hopes the government will address some flaws in the current system, which the Social Mobility Commission has found to be failing those from poorer backgrounds who would benefit most from on the job training.

As ministers tussle over the details of measures to support jobs and skills, set to be announced by the prime minister and chancellor Rishi Sunak as early as next week, employers and policy experts have warned that to be effective the boost in apprenticeships must be one element of a much broader package focused on young people.

The main problem with Mr Johnson’s promise is that employers are not in a position to commit to apprenticeships on the scale needed. Around 1.5m young people made new claims for unemployment benefits in each of 2009 and 2010, in the aftermath of the last recession. This compares with fewer than 400,000 that started apprenticeships in the last academic year.

“The reality is, an apprenticeship is a job. The labour market is going to be massively impacted by the recession . . . Even with incentives, you won’t get enough apprenticeships,” said David Hughes, chief executive of the Association of Colleges, which represents the further education sector.

The AoC expects a 50 per cent fall in the number starting apprenticeships next year as employers cut back on hiring and training. Mr Hughes said the drop in numbers had already put many colleges under acute financial strain, limiting their capacity to deliver training.

Gillian Keegan, skills minister, said the government was “looking at how we can support employers, especially small and medium sized businesses, to take on new apprentices this year” and would ensure there was enough funding to support smaller businesses, with money for training.

But employers say they will need help with the cost of wages, as well as training, if they are to hire on the scale needed. They are also pressing for more flexibility in how large employers use the money set aside for workplace training under the levy system that has funded apprenticeships since 2017. CBI, the business lobby group, has proposed employers should be able to put levy money towards salaries.

“The key is going to be job creation,” said David Marsh, chair of the St Martin’s Group, an association for employers, training providers and assessors, which argues the government should fund close to 100 per cent of apprenticeship costs. “Our members are large employers and they are talking about massive redundancies.”

Policy experts warn that any wage subsidy would need to be tightly focused on new hiring rather than existing employees, and on young people taking lower level courses, to avoid spending large sums of public money on jobs that employers would have paid for anyway.

A report published this week by the Social Mobility Commission found the levy had “disproportionately funded higher level apprenticeships for learners from more advantaged communities, rather than those from disadvantaged socio-economic backgrounds who would benefit more”.

Tom Richmond, a former education department adviser who runs think-tank EDSK, said a strong take up from employers “would be an encouraging sign” but urged ministers to ensure subsidies were “targeted at young apprentices and those furthest from the labour market.”

But employers, unions and policy experts said apprenticeships should only be a small part of any response to the looming crisis of youth unemployment.

“What you actually want to deliver for young people is a job and/or a training place,” said Tony Wilson, director of the Institute for Employment Studies, a consultancy.

A broader youth guarantee — modelled on programmes that ran after the 2008 recession — could offer unemployed young people the option of a further education place, a training placement, or a short term job that would allow them to build up skills until the economy picked up, he said.

This would require more funding for further education colleges, to offer one year places to school leavers who chose to stay longer in education. It could mean creating shorter intensive courses to allow people to take entry level jobs in areas such as social care that are still hiring.

It could also mean the government intervening directly to create jobs — in the public sector or through new infrastructure investment.

She underlined the need for the government to create more than one route into work — including staying in education for longer, which would give young people a “softer landing” in the labour market. Short traineeships could be a better route for those not yet at the level needed to start an apprenticeship, she added.

Her main concern, she said, was over the “urgency and scale” of the government’s support package. “There is going to be a big challenge in youth unemployment . . . we need a big response”.

Thu Jun 25 , 2020
Ford has signed a deal with Vodafone to install a private 5G network at its electric vehicle battery workshop in Essex, in a sign of confidence in Britain’s manufacturing sector. The carmaker’s R&D facility in Dunton will be the first automotive centre in the UK to be upgraded to a […] 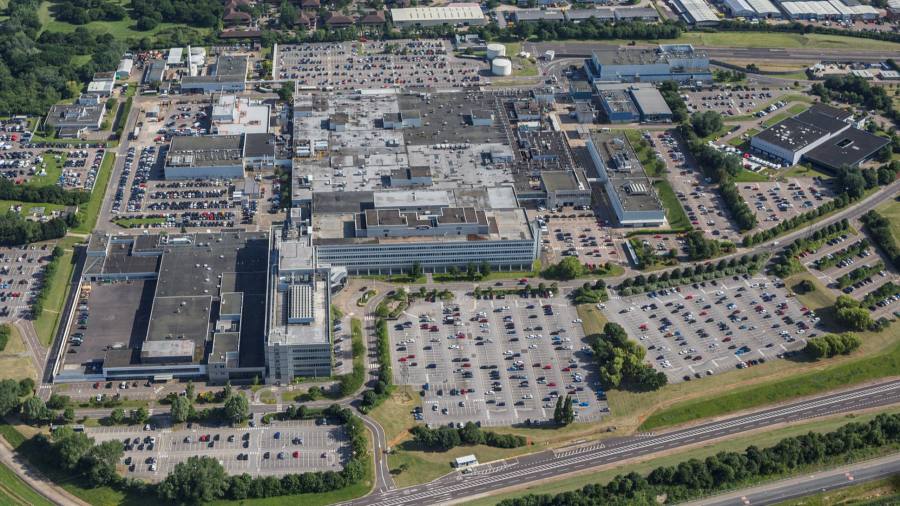