BUENOS AIRES/NEW YORK (Reuters) – Buenos Aires estate agent Esperanza Abondano is feeling the pinch of Argentina’s debt crisis as the country inches toward a potential ninth default with a hard deadline for bond payments on Friday and a restructuring deal with creditors still elusive.

The recent history of the South American nation, famed for its Pampas grasslands of soy and cattle and once among the world’s wealthiest countries, is littered with defaults. A major one in 2001 sparked over a decade of acrimony with creditors and sidelined the grains producer from global markets.

Argentina hopes this time will be different as it looks to clinch a deal with creditors to revamp $65 billion (53.14 billion pounds) in foreign debt that it cannot repay after two years of recession, high inflation and borrowing costs that have spiked sharply.

“Who will want to invest in a country that is in default?” said Abondano from her apartment in the capital, where she is under lockdown due to the coronavirus pandemic, which has colored this debt crisis as Argentines have suffered. “People who still have their jobs are thinking about nothing more than holding onto them and staying healthy.”

Argentina’s latest debt saga is approaching a critical juncture. The government and creditors such as money manager BlackRock Inc (BLK.N) are edging closer to a deal, but still have work to do to avoid a messy default.

The government, however, appears keen not to relive the past.

In 2001 Argentina embraced default, riding a wave of populist outrage over what it characterized as greedy bondholders and corrupt former officials who over-indebted the country. This time, neither the government nor the opposition want to default. While Economy Minister Martin Guzman says he refuses to continue paying unsustainable debts incurred by the previous administration, he has been willing to negotiate with creditors.

“We are fully committed to change the turbulent history of Argentina,” Guzman said during an online event earlier this month. He has said talks are moving in the right direction and will likely spill beyond Friday, which had been penciled in as a cut-off for a deal.

A no-deal default could hinder Argentina’s access to loans and impact its private sector, and would hang over the country for years to come.

“If there is no agreement and Argentina falls into a hard default, then probably there will be long-term consequences,” said Ignacio Labaqui, an analyst at investment research group Medley Global Advisors in New York.

Creditors, who made counteroffers this month after rejecting a government proposal in April, have shown signs of flexibility. A person with knowledge of the talks said BlackRock was willing to lower repayment demands.

Patrick Esteruelas, head of research at EMSO in New York, said Argentina would likely at least have a partial default on Friday, though pointed out the country was already largely locked out of international markets.

“Argentina is effectively already living in a virtual default, and regardless of whether they are able to strike a deal on May 22 it is unlikely for them to be in a position to receive any credit at acceptable terms,” he said.

If talks turned sour, Argentina bonds – already at distressed levels around 30-35 cents on the dollar – could tumble as low as 20 cents, he said, but added it shouldn’t be impossible to get both sides closer to a deal.

“I don’t think it would be a heroic task to narrow the bid-offer spread with the existing bondholders,” Esteruelas said.

People close to the deal say the government’s initial offer was around 40 cents on the dollar while counter-offers floated by key creditors last week are just under 60 cents.

Joseph Stiglitz, a Nobel Prize-winning economist and Guzman’s mentor at New York’s Columbia University, told Reuters the coronavirus pandemic supported Argentina’s stance that it had little room to up its offer.

“No one in their right mind thinks Argentina can pay more than it has offered. The pandemic takes all the steam out of that argument,” Stiglitz said.

A person close to the talks said discussions were ongoing but that current counterproposals were “beyond what the government will accept.” “The question is how much more flexibility do (creditors) have,” the person added.

Sergio Uñac, governor of San Juan Province in central-west Argentina, told Reuters he was confident a deal would soon be struck, though he emphasized the country was struggling badly.

Thu May 21 , 2020
BERLIN (Reuters) – The European Union must be careful not to become a “transfer union” in which richer member states are asked to bankroll their poorer peers, a leading candidate to succeed German Chancellor Angela Merkel told Reuters. FILE PHOTO: Friedrich Merz of Germany’s Christian Democratic Union (CDU) speaks during […] 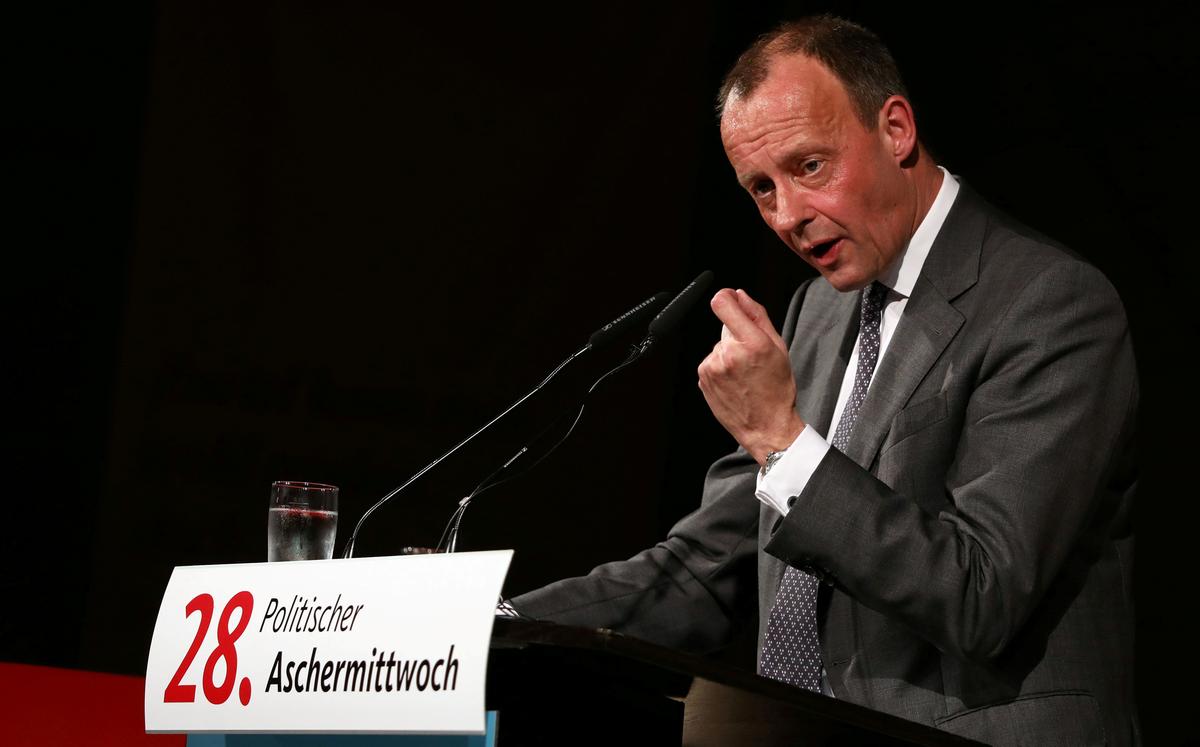