Arsenal, one of the highest-earning clubs in English football’s Premier League, is to cut 55 non-playing jobs in response to falling revenues because of the coronavirus pandemic. The London club, owned by US billionaire sports mogul Stan Kroenke, announced the redundancies on Wednesday, four days after victory in the FA […]

Arsenal, one of the highest-earning clubs in English football’s Premier League, is to cut 55 non-playing jobs in response to falling revenues because of the coronavirus pandemic.

The London club, owned by US billionaire sports mogul Stan Kroenke, announced the redundancies on Wednesday, four days after victory in the FA Cup ensured qualification to European competition next season and, along with it, a crucial source of future income.

The job cuts mark the latest sign of a financial crisis hitting the world’s most valuable domestic football competition. But they may prove controversial as Arsenal is considering multimillion-pound transfer signings, while also negotiating contracts of key players such as star striker Pierre-Emerick Aubameyang.

But Raúl Sanllehi, head of football, and Vinai Venkatesham, managing director, released a joint statement saying the cuts were necessary as “it is now clear that we will be facing more significant and longer-lasting reductions in our revenue than we all hoped”.

The club’s turnover of £367.5m last season, which came mainly through a combination of broadcasting revenue, sponsorship deals and ticketing income, makes Arsenal the 11th-richest club in world football, according to Deloitte, the consultancy,

Each of its revenue streams has been hit during the pandemic. Fans have not been able to attend matches since matches resumed in May, while broadcasters and sponsors have demanded discounts to existing deals because of the three-month hiatus in action earlier this year.

Scoreboard is the Financial Times’ new must-read weekly briefing on the business of sport, where you’ll find the best analysis of financial issues affecting clubs, franchises, owners, investors and media groups across the global industry. Sign up here.

Other Premier League clubs, such as Aston Villa, have previously warned that they may need to make redundancies during the off season as a result of these issues.

“Current indications are that we will not have fans back at Emirates Stadium [Arsenal’s home ground] for the start of next season and fans will only be able to return in limited numbers after that,” wrote Mr Sanllehi and Mr Venkatesham

“The global economic projections are also very negative. This will impact the disposable income of our fans, the money corporate clients have to spend on hospitality and sponsorship, and the ability for broadcasters to invest in TV rights.”

Arsenal was one of the few Premier League clubs to agree voluntary wage cuts among its multi-millionaire players and executive staff as it sought to cut costs in the pandemic.

The club also said it that had received “significant financial support from our owners” to refinance debt related to its stadium, but has not prevented redundancies among its more than 630 commercial, administrative and backroom staff.

Wed Aug 5 , 2020
Britain and Japan will on Thursday attempt to thrash out a post-Brexit free trade agreement, although the UK admits a deal might only boost British GDP by 0.07 per cent and would be a bigger prize for Japanese exporters. Liz Truss, UK trade secretary, and Toshimitsu Motegi, Japan’s foreign minister, […] 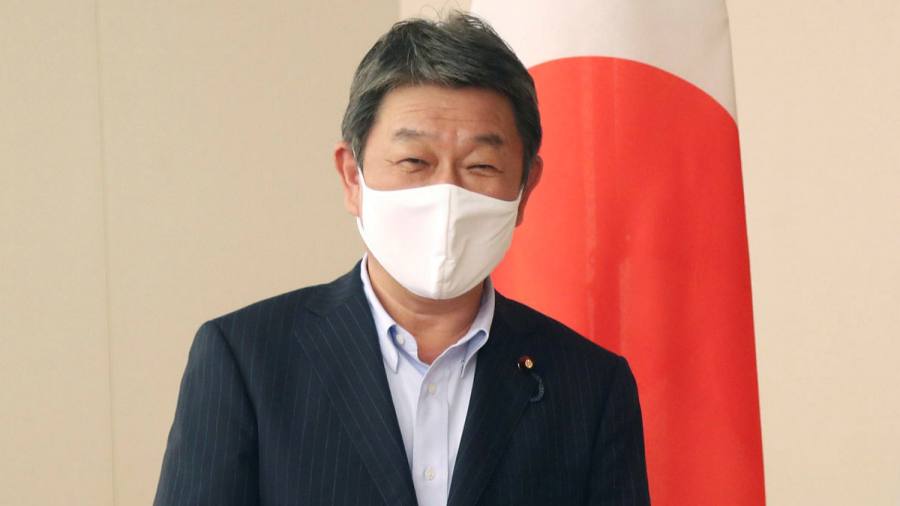