BENGALURU (Reuters) – The euro zone economy’s worst recession on record will be even deeper than predicted less than a month ago, according to a Reuters poll of economists. They also said the European Central Bank will ramp up bond buying next month.

FILE PHOTO: A woman wearing a protective mask walks past the headquarters of the European Central Bank (ECB) at sunset in Frankfurt, Germany, April 29, 2020. REUTERS/Kai Pfaffenbach

An economic recovery from the coronavirus pandemic, which has claimed nearly 300,000 lives globally, will largely depend on the effectiveness of individual governments in preventing a second wave of infections despite easings of lockdown restrictions.

“The biggest uncertainty now is around the pace of the reopening of the economy. There is a series of risks that are still to the downside…we may have a more prolonged period of confinement measures imposed by law or just behaviourally,” Giada Giani, European economist at Citi, said.

The May 11-14 Reuters poll of nearly 80 economists marks the third downgrade to the economic outlook in a little over a month and is despite the ECB’s adding hundreds of billions of euros to its balance sheet and governments announcing stimulus worth trillions of euros.

The euro zone economy is expected to contract 7.5% in 2020, more than the 5.4% predicted three weeks ago, with the worst of the blow expected this quarter.

After contracting 3.8% in January-March, its sharpest quarter-on-quarter decline since 1995, the latest poll showed the economy shrinking by nearly three times that pace in April-June, by 11.3%, more than the 9.6% predicted last month.

The economy is not expected to make up for that in the second half of this year or next, growing 7.2% and 2.8% in the third and final quarters of 2020, respectively. But the worst-case scenario has the economy contracting in Q3 as well as Q2, showing powerful downside risks to forecasts.

Despite the substantial fall in GDP, the unemployment rate is only expected to rise about two percentage points to 9.3% in 2020 from recent lows of 7.4%. That compares with forecasts of a much sharper rise in unemployment in the United States.

The ECB will ramp up the asset purchase programme it launched in response to the pandemic by 375 billion euros at its June 4 meeting, taking the total of assets under this specific programme to roughly 1.13 trillion euros.

That does not include the 20 billion euros per month of purchases already announced in response to a slowdown that had taken hold well before the coronavirus hit Europe. The poll forecast the ECB’s balance sheet, currently at around 5 trillion euros, would expand to 6.5 trillion euros by year-end.

“Monetary policy will be almost maxed out before this recession ends,” Citi’s Giani said. “At the moment, it has the objective of making the usage of fiscal policy easier. The ECB can do this by increasing the size of purchases and extending it beyond this year.”

More than two-thirds of 28 economists said the ECB was likely to follow the U.S. Federal Reserve’s example by adding to its shopping list corporate bonds that have lost investment grade status during the crisis, referred to by some as fallen angels..

“By buying fallen angels, the ECB can limit the fallout of the pandemic,” Spyros Andreopoulos, senior European economist at BNP Paribas, said.

“It is a way to reach a broader segment of corporates – a segment that may increase in size now that the ECB recognises the impact of the pandemic will stretch into the medium-term.”

But this could open the ECB up to even more criticism when it is already dealing with a German Constitutional Court ruling that the central bank would have to prove its bond-buying programme was necessary and proportional.

Over 75% of respondents who answered an additional question – 22 of 29 – said that ruling would not have a long-term impact on the way the ECB sets policy.

Fri May 15 , 2020
More than a third of manufacturers believe it will take more than a year to return to normal trading as a result of the pandemic – double the number of two weeks ago, an industry survey has found. With sales and orders continuing to fall with the coronavirus crisis, nearly […] 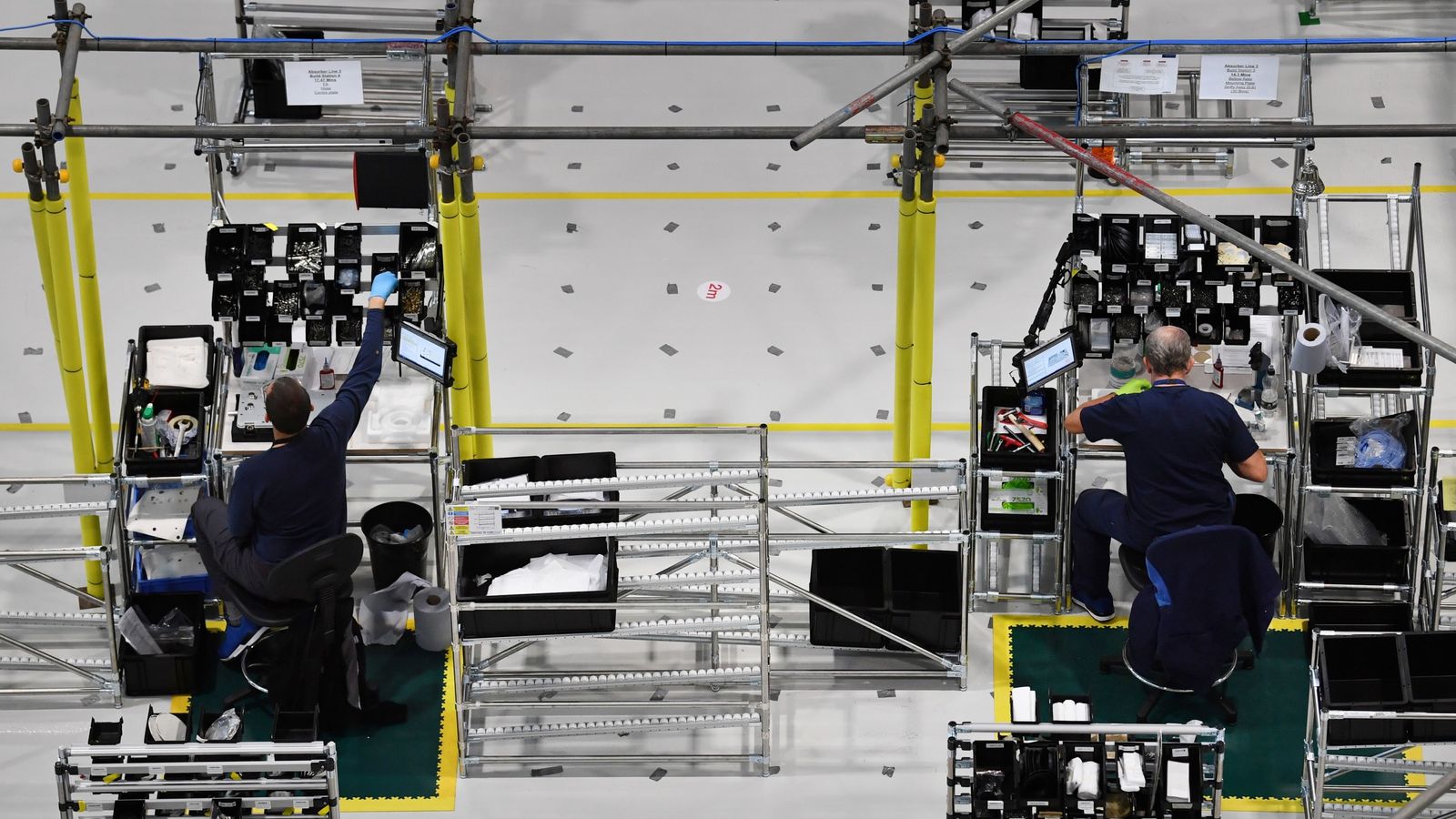