(Reuters) – Britain’s AstraZeneca (AZN.L) has clinched expanded regulatory backing for two medications, including one for blockbuster cancer treatment Lynparza, in a development pipeline that now includes a possible coronavirus vaccine. FILE PHOTO: The logo of AstraZeneca is seen on medication packages in a pharmacy in London, April 28, 2014. […]

(Reuters) – Britain’s AstraZeneca (AZN.L) has clinched expanded regulatory backing for two medications, including one for blockbuster cancer treatment Lynparza, in a development pipeline that now includes a possible coronavirus vaccine.

FILE PHOTO: The logo of AstraZeneca is seen on medication packages in a pharmacy in London, April 28, 2014. REUTERS/Stefan Wermuth

Lynparza received a recommendation from a panel of the European health regulator for use as a follow-on treatment for a form of advanced pancreatic cancer while heart drug Brilinta received a U.S. green light, the company said on Monday.

AstraZeneca, now the most valuable London-listed company, has garnered international attention with its hot pursuit of a coronavirus vaccine, sealing U.S. government funding last month as it aims to produce a billion doses this and next year.

Oxford Biomedica last week signed a one-year deal with AstraZeneca to provide multiple batches of the vaccine, which is now being tested on humans.

The vaccine, AZD1222, was developed by researchers at the University of Oxford and licensed to AstraZeneca. The drugmaker is in talks with several governments and global partners in its efforts to boost production of the vaccine.

While the British company actively signs deals for its vaccine, AstraZeneca’s core offering of cancer and heart medication continues to perform well.

Lynparza, which is being developed with U.S. drugmaker Merck (MRK.N), can now be marketed as a treament for a form of pancreatic cancer in Europe if the European Commission endorses the recommendation from the European Medicines Agency’s human medicines committee.

AstraZeneca also said the U.S. Food and Drug Administration (FDA) had approved Brilinta for use as a treatment to reduce the risk of a first heart attack or stroke in high-risk patients.

Mon Jun 1 , 2020
WASHINGTON (Reuters) – U.S. manufacturing activity eased off an 11-year low in May, the strongest sign yet that the worst of the economic downturn was behind as businesses reopen, though the recovery from the COVID-19 crisis could take years because of high unemployment. FILE PHOTO: James Black works on a […] 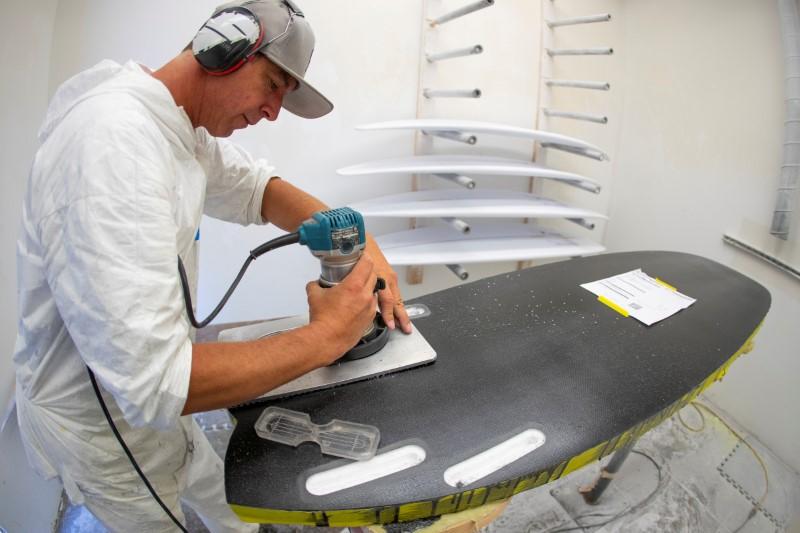