Australia will aim to conclude a free trade deal with the UK in “record” time following the start of formal talks on Wednesday, according to Simon Birmingham, Australia’s trade minister.

Mr Birmingham told the Financial Times he hoped negotiations could be wrapped up by the end of 2020 on a comprehensive trade agreement that would eliminate tariffs and quotas on goods, boost bilateral investment and trade in services.

But the trade minister, who will launch formal negotiations via video link with his UK counterpart Liz Truss on Wednesday, admitted his goal of concluding a deal in less than six months was ambitious. “I do hope that if we can, we could get something settled before the end of the year. But that would be record breaking time for trade deals,” he said.

The British government said it hoped the value of exports to Australia would rise by £1bn through an agreement that seeks to liberalise trade for drinks companies, the carmaking sector and professional services. Britain’s trade with Australia was worth £18.1bn in 2019, according to the UK’s Department for Trade and Industry.

The UK is Australia’s seventh largest trading partner but in reverse Australia accounts for a fraction of the trade the UK is predicted to lose because of Brexit. The EU is by far the UK’s biggest market.

The UK and EU this week renewed efforts to secure a trade agreement but according to the British government’s internal analysis a Canada-style deal with the EU would reduce the UK’s gross domestic product by 4.9 per cent.

The same analysis found that striking trade deals with all countries in the Trans-Pacific Partnership — an 11-nation free trade pact that includes Australia and New Zealand — would only increase GDP by 0.1 to 0.4 per cent. The UK is also set to begin talks with New Zealand this week.

Mr Birmingham said a trade deal with the UK would provide Australian businesses with greater market choices at a time when Canberra is embroiled in diplomatic and trade disputes with China, its largest trading partner.

Ms Truss said that striking an “ambitious, wide-ranging” trade deal with “old friends” like Australia and New Zealand would “make good on the promise of Brexit,” adding it would diversify the UK’s trading partners.

“Pivoting towards the Asia-Pacific will diversify our trade, increase the resilience of our supply chains and ensure the UK is less vulnerable to political and economic shocks in certain parts of the world,” she said.

The talks will take place through video conferencing because of the pandemic and the first round is expected in the “coming weeks”.

Any deal with Canberra is likely to have to involve the UK making concessions in some areas, including agriculture. Australia wants to restore market access for its agricultural products, including sensitive sectors such as beef, which it lost half a century ago when the UK joined what is now the EU.

Mr Birmingham said informal working group talks had already scoped out the basis for negotiations and some agreements had already been thrashed out with the UK to ensure continued access for Australian wines and mutual recognition of certain standards from January 2021.

Both sides had agreed to use parts of the text of the TPP, which would enable them to move more quickly towards agreement, he said, describing it as a “high quality agreement”.

Canberra supports the potential inclusion of the UK within the TPP, as it seeks to deepen economic and trade co-operation between Europe, the Americas and the Indo-Pacific region.

In contrast to the UK, which has begun negotiating its own trade agreements for the first time in decades since leaving the EU at the end of January, Australia has reached deals with China, South Korea and a host of other nations in recent years, as well as concluding the TPP regional trade pact.

Australia opened formal talks with the EU on a free trade deal in 2018 and is hoping to conclude an agreement within a similar timeframe to a UK deal, according to Mr Birmingham.

“I do hope that we can move even faster with the UK. As to which one concludes first? Well, that depends on the quality of the deal that’s on the table. And, and maybe even a little bit of competitive tension [between the UK and EU] might help to, to get us there faster.”

Wed Jun 17 , 2020
The pandemic is heralding a “permanent” shift in consumer spending, with increases in debit card and domestic transactions here to stay, according to Visa’s European chief executive. Charlotte Hogg, who has led the payments group’s European arm since 2017, said in an interview that lockdowns around the world had caused […] 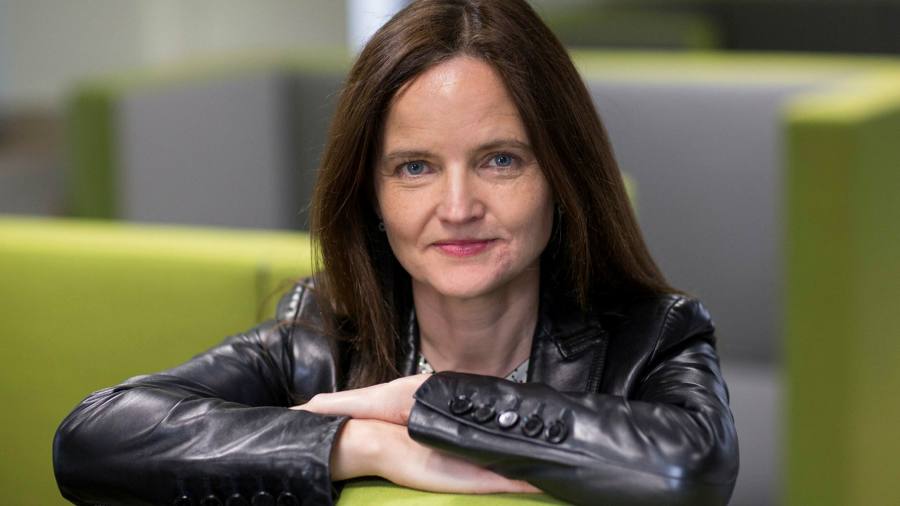