FILE PHOTO: Surfers walk as Bondi Beach reopens to surfers and swimmers after it was closed to curb the spread of the coronavirus disease (COVID-19), with strict social distancing measures remaining in place, in Sydney, Australia, April 28, 2020. REUTERS/Loren Elliott

SYDNEY (Reuters) – The Australian government will give an update next month on the economic impact of the coronavirus before providing further outlook in June, it said on Tuesday, bowing to calls for more fiscal transparency in relation to the crisis.

Treasurer Josh Frydenberg will outline the impact of the outbreak and the federal government’s response in a statement to parliament on May 12, the day the government was originally scheduled to deliver its full annual budget.

The government last month delayed the release of its yearly spending plan to October, saying the pandemic made it impossible to make sensible economic forecasts.

An update on the economic and fiscal outlook will be announced in June, following the release of March quarter national accounts, the government said.

Prime Minister Scott Morrison’s government has unveiled support measures worth some A$320 billion (166.45 billion pounds), or about 16% of GDP, as restrictions on public movement to fight the spread of the coronavirus have pushed the country toward its first recession in nearly 30 years.

Bans on public events and the closure of shopping malls, restaurants and other businesses have successfully brought the rate of daily increase of cases to barely 1% from nearly 25% a month ago. The country had recorded 6,725 cases, including 84 deaths, as of early Tuesday.

“The near-term outlook depends critically on this ongoing success and our ability to gradually ease restrictions so people can return to work,” the government said in its statement on Tuesday.

The sustained decline in cases has led some states to begin to relax some curbs on non-essential public movement this week, with beaches and parks reopened and limits on the number of people allowed to gather in public raised.

Tue Apr 28 , 2020
SEOUL (Reuters) – South Korea’s exports were seen contracting at the sharpest pace in nearly 11 years in April as the coronavirus pandemic caused massive disruptions to global supply chains and economic activity, a poll showed on Tuesday. FILE PHOTO: A truck drives between shipping containers at a container terminal […] 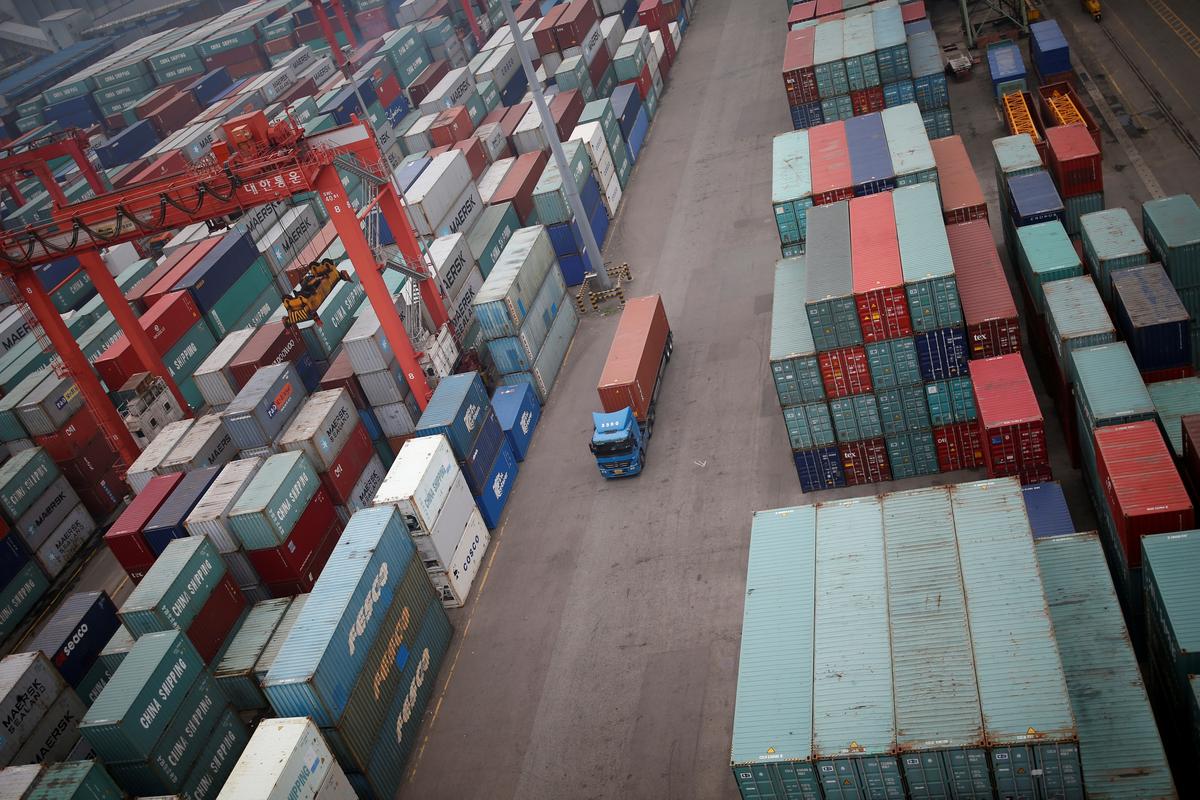