Tax reform including a GST increase and higher land tax will be needed to avoid the debt burden of the $214bn Covid-19 economic response falling on young people, an academic tax expert has warned.

Prof Robert Breunig, who leads the Australian National University’s tax and transfer policy institute, has warned Australia’s overreliance on income and corporations tax will see the bill “fall very heavily on the future incomes of young people, which will now be lower as a consequence of the pandemic”.

The warning comes after federal treasurer, Josh Frydenberg, suggested on Sunday that the Coalition would seek to shrink debt through economic growth despite deputy prime minister Michael McCormack’s more pessimistic assessment that tax reform would be required.

Related: Jobkeeper payment: am I eligible? Here’s everything you need to know to register

The Morrison government has spent $214bn in three economic stimulus and support packages, including $130bn of wage subsidies, dwarfing the fiscal response to the global financial crisis.

Frydenberg told ABC’s Insiders the debt “will be paid back in the years ahead” and claimed despite the recent spending the Liberal party is “the party of lower tax”.

“The way to meet that growing debt burden will be to grow the economy,” he said.

Deloitte Access economics has suggested that – as Australia did after the second world war – the government can simply shrink the debt as a proportion of the economy by returning to economic growth because austerity “rarely makes sense”.

“We’ll be borrowing about an extra 10% of national income,” it said. “If we choose not to pay back a single cent of that, the growth in our economy over time will halve [it] to about 5% of national income in 18 years, and then halve again to 2.5% in a further 18 years.”

Deloitte estimates that – given the record low borrowing cost – the annual interest bill on new borrowings will be $1.6bn, which could be paid by raising the Medicare levy from 2% to 2.14%.

But Breunig said Australia’s tax system was “antiquated and not well set up to encourage growth in the economy” because it relies on company and income tax which “have a negative impact on growth”.

Breunig told Guardian Australia the tax system has “generated inequality between young people” – who pay income tax and GST – and older people who have experienced “a huge run-up in their wealth” from buying houses and benefit from “tax-free income from their superannuation”.

Fiscal stimulus and lower interest rates to combat economic crises “pump money into the economy” in a way that drives up asset prices such as shares and real estate, exacerbating wealth inequality.

Breunig supports increasing the GST because it “has the extra benefit of taxing people’s accumulated wealth as they spend it”.

“We should also switch from stamp duty to land tax to better capture the value of increased asset prices and make it easier for people to buy and sell houses,” he said.

“Another option is to include owner-occupied housing in the asset test for the age pension and introduce a government-run reverse-mortgage program to help people to spend their assets while alive.”

Asked about the stage two and three income tax cuts, legislated in mid-2019 after the re-election of the Morrison government, Breunig warned the government “may have to delay them if it can’t replace the revenue from other sources”.

Related: The poor bear the burden of the coronavirus downturn, but inequality is not inevitable in Australia | Andrew Leigh

The shadow treasurer, Jim Chalmers, said the highest budget priority should be “to support people, organisations, businesses and communities through a really difficult period”.

“That comes with a massive price tag, but so long as that money is responsibly spent – not wasted or rorted – and it saves lives, jobs and communities then it will be worth it,” he said.

“When the conversation turns to repaying the debt, we need to ensure that the burden doesn’t fall disproportionately on the most vulnerable people in our society.”

On Sunday, McCormack said “the recovery out the other side is going to need that [tax reform]” and did not rule out the possibility of increasing GST.

Mon Apr 13 , 2020
By Andrea Shalal WASHINGTON (Reuters) – The World Bank is seeing “a huge willingness” on the part of official bilateral creditors to suspend debt payments by the world’s poorest countries so they can focus on fighting the coronavirus pandemic, a top Bank official said on Monday. World Bank Managing Director […] 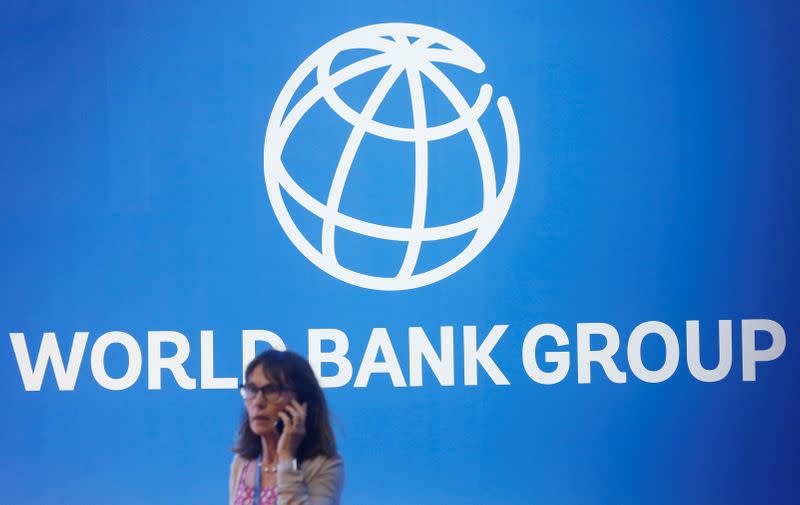