Policymakers should raise interest rates gradually rather than taking an “aggressive” activist approach, the Bank of England’s chief economist argued on Wednesday, adding that there would be no avoiding a painful income squeeze in the year ahead.

Huw Pill stood by the tough message delivered last week by the BOE’s governor Andrew Bailey, who earned sharp rebukes from the government, business groups and unions when he warned that wages would need to fall in real terms this year in order to keep inflation under control.

Wage growth approaching 5 per cent this year, as shown in the BOE’s latest forecasts, would be “stronger than that consistent with the inflation target over the medium term”, Pill told an online conference. If it eased from 2023, inflation could subside without the UK falling into recession.

But he said the path of monetary policy would depend on how “pragmatic and realistic” companies and households were about higher imported energy and goods prices, adding: “The longer that firms try to maintain real profit margins and employees try to maintain real wages, the more likely it is that domestically-generated inflation will achieve its own self-sustaining momentum.”

Pill hinted that markets were overestimating the scale of monetary tightening the BOE was likely to deliver over the next year, however.

On the latest forecasts, keeping interest rates at 0.5 per cent indefinitely would leave inflation above target in the medium term, but raising them as sharply as market pricing implied — to 1.2 per cent by the end of 2022 — would take inflation below target.

Wed Feb 9 , 2022
Since it was founded in the early 1980s, Milton Keynes College has aimed to prepare its students for the workplace, whether by getting their hands dirty mixing cement for a bricklaying qualification or allowing trainee hairdressers to hone their skills on paying clients. But as vacancies in Britain’s technology industry […] 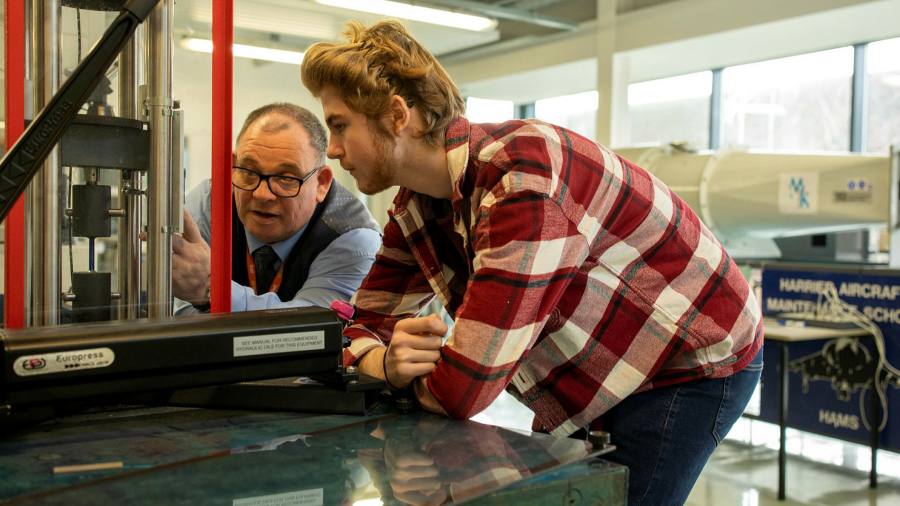