The UK has become the first country to embrace the monetary financing of government to fund the immediate cost of fighting coronavirus, with the Bank of England agreeing to a Treasury demand to directly finance the state’s spending needs on a temporary basis.

The move allows the government to bypass the bond market until the Covid-19 pandemic subsides, financing unexpected costs such as the job retention scheme where bills will fall due at the end of April.

Although BoE governor Andrew Bailey opposed monetary financing earlier this week, Treasury officials felt it was best to have the insurance of the central bank willing to finance its operations in the short term.

It highlights the extraordinary demands on cash the government has experienced in recent weeks, which it feels it cannot finance immediately in the gilts market.

In a statement to financial markets on Thursday, the government announced it would extend the size of the government’s bank account at the central bank, known historically as the “Ways and Means Facility”, which normally stands at just £370m.

This will rise to an effectively unlimited amount, allowing ministers to spend more in the short term without having to tap the gilts market. In 2008, a similar move saw the facility rise briefly to £20bn.

The scale is likely to be large. The government has already tripled the amount of debt it wanted to raise in financial markets in April from £15bn announced in the March 11 Budget to £45bn by the start of this month.

Although the gilts market showed severe stress in the middle of March as the coronavirus crisis deepened, the government has so far had little difficulty raising finance, especially as the BoE had already committed to printing £200bn to pump into the government bond market to ensure there was sufficient demand for gilts and improve market functioning.

This direct monetary financing of government would be “temporary and short-term”, the Treasury said in its statement.

It said any drawings on this facility would be repaid as soon as possible before the end of the year.

Market reaction was muted. Sterling was trading 0.1 per cent higher against the US dollar at just below $1.24 shortly after the announcement, while the yield on the benchmark 10-year UK gilt was flat at 0.37 per cent.

But many economists saw the Treasury’s demand to be financed directly as a big step.

Tony Yates, senior adviser at Fathom Consulting and a former BoE official, said the move was “an indication of the extraordinary pressures on government”. He added, however, that UK monetary financing of government deficits was unlikely to turn Britain into Zimbabwe because, once the crisis was over, the UK’s capacity to raise taxes again remained intact.

But just as the quantitative easing the BoE has introduced since 2009 has never been repaid, Richard Barwell, head of macro research at BNP Asset Management and also a former BoE official, said temporary moves such as this often became more permanent as time passed.

“Persistent monetary financing feels inevitable. Central banks just need to figure out a plan for how to best get into it and how they might eventually want to get out of it,” he said.

The Ways and Means Facility had long been used as a financing means of government for day-to-day spending before the BoE would sell government bonds to the market, but by 2006 it had become an emergency fund with the financing of government undertaken by the Debt Management Office on a scheduled basis.

Less than a month ago, the BoE said there was little chance there would be any need to use the facility, demonstrating just how much stress government finances have come under in the past few weeks.

In a call with journalists on March 18, Mr Bailey said the facility was just a “historical feature”.

“I don’t think at the moment we’re facing an inability of the government to fund itself, so, yes, it’s there, but it’s not a frontline tool,” Mr Bailey said at the time.

Fran Boait, executive director of Positive Money, an advocacy group, said: “This use of direct monetary financing demonstrates once and for all that the government does not depend on the market to finance its spending. Hopefully now we can have an honest debate about how our collective resources should be allocated.”

Mon Apr 13 , 2020
The UK housing market has come to a sudden halt, with sales expectations dropping to their lowest level in more than 20 years after estate agents closed their doors in the nationwide coronavirus lockdown. The score for sales expectations in the next three months dropped to minus 92, the lowest […] 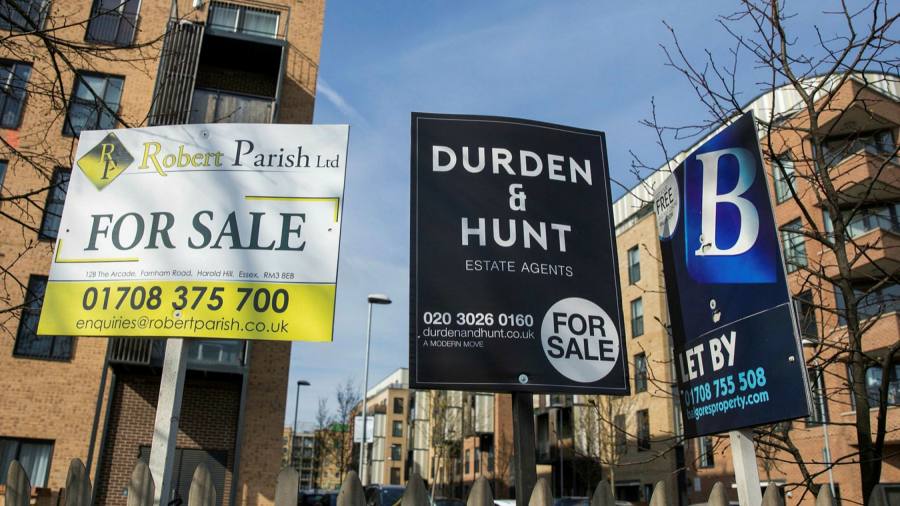