The resurgence of coronavirus across Europe is likely to slow the UK’s economic recovery which had been exceeding expectations, the Bank of England’s rate setting committee said after its September meeting.

Voting unanimously to hold interest rates at 0.1 per cent and the level of quantitative easing at £745bn, the Monetary Policy Committee on Thursday issued a warning that Covid-19 and an antagonistic end to the Brexit transition period threatened the UK economy.

If there was a downturn, the BoE indicated that it was more likely than before to impose negative interest rates, with central bank officials briefing the MPC on how pushing interest rates below zero would work in practice.

Sterling declined on the evidence that the BoE was closer to pressing the button on imposing negative rates in a future downturn, losing the 0.6 per cent gains it had made earlier in the day.

Commenting on the UK economic outlook, the MPC said: “The recent increases in Covid-19 cases in some parts of the world, including the United Kingdom, had the potential to weigh further on economic activity, albeit probably on a lesser scale than seen earlier in the year”.

This was likely to weaken a recovery, which had been faster than the BoE expected in its early August meeting. Referring to the recent strong economic data, the MPC signalled that it expected a slowdown in the months ahead, noting “it was unclear how informative [the data] were about how the economy would perform further out”.

The committee also highlighted the renewed Brexit tensions as an additional threat. The evolution of the economic recovery “would depend on the . . . nature of, and transition to, the new trading arrangements between the EU and the UK”.

The MPC was not expected to announce policy changes in the September meeting, but most economists still expect an extension of quantitative easing in the November meeting which will be accompanied by new BoE quarterly economic forecasts. At the current rate of money creation and asset purchases, the bank will reach its £745bn quantitative easing target around the end of the year.

Although it has not yet adopted the US Federal Reserve’s strategy of targeting a period of modestly-above-target inflation to help the recovery, the BoE pledged not to do anything that might undermine the recovery or tighten policy too quickly.

“The committee did not intend to tighten monetary policy until there was clear evidence that significant progress was being made in eliminating spare capacity and achieving the 2 per cent inflation target sustainably,” it said in the minutes.

Thu Sep 17 , 2020
Sterling has weakened sharply after the Bank of England surprised investors by noting it is examining how negative interest rates might be implemented. The currency dropped 0.6 per cent against the dollar to trade as low as $1.2882 and it lost a similar amount against the euro to trade at […] 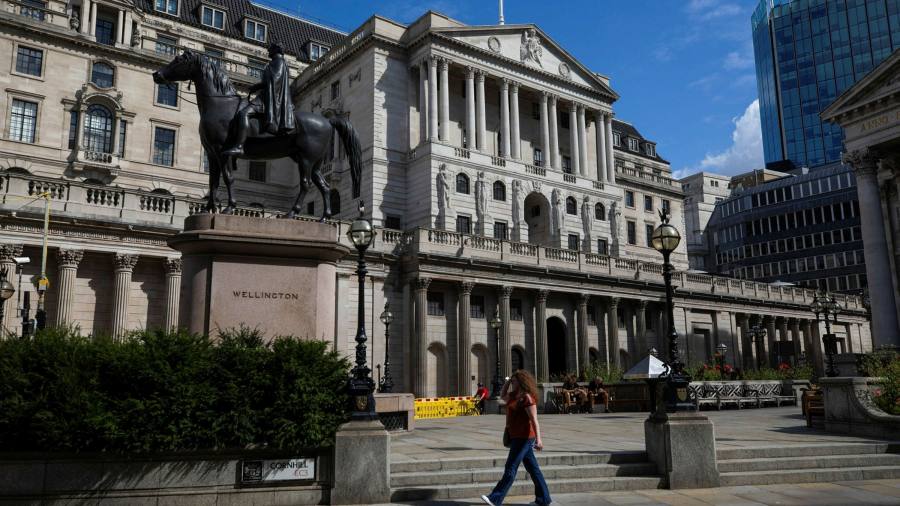