DUBLIN (Reuters) – Bank of Ireland (BIRG.I) lost 241 million euros ($261 million) before tax in the first quarter after putting aside 266 million euros, mainly to cover 86,000 loan repayment breaks in Ireland and Britain, the lender said on Monday.

FILE PHOTO: Signage is seen outside a branch of the Bank of Ireland in Dublin, Ireland, February 6, 2020. REUTERS/Phil Noble

Ireland introduced stay-home measures at the end of March to slow the spread of the coronavirus, shutting down all but essential services such as supermarkets and banks and unleashing a six-fold increase in the unemployment rate to 28%.

The bank is the largest Irish lender in Britain, where a similar lockdown is also set to be gradually eased. While the United Kingdom made up about a third of its loan book at the end of March, it accounted for 53,000 or almost two-thirds of all loan breaks, according to a presentation for analysts.

The bank’s shares, which have halved in value since Ireland reported its first coronavirus case at the end of February, were 0.2% higher at 1.65 euros at 0745 GMT.

“I guess I have the scars from the last crisis but when I think how we enter this crisis, we have a much stronger balance sheet, it’s well diversified, the credit metrics are strong,” Bank of Ireland Chief Financial Officer Myles O’Grady told Reuters in a telephone interview.

“As challenging as this is, I think Bank of Ireland enters it as strong as it could be.”

The first-quarter charge was almost wholly made up of a 250 million euro management estimate to reflect the deteriorating economic conditions. The bank said it had not yet experienced losses on loans related to the coronavirus fallout, with its non-performing exposure ratio falling to 4.2% from 4.4% in 2019.

The bank also took a 120 million euro charge in its wealth and insurance business due to falling equity markets and wider credit spreads, contributing to the loss, alongside a 35 million charge incurred from financial instrument valuation adjustments.

Ireland’s largest bank by assets, which made a profit of 123 million euros in the same period last year, said it expected more impairment charges and loan losses during 2020, with new lending potentially dropping to 50% to 70% of 2019 volumes.

The bank said that in a range of scenarios its fully loaded core Tier 1 capital ratio would remain above its previous minimum regulatory capital requirement of 11.45%. Its CET1 ratio – a key measure of financial strength – fell to 13.5% at the end of March, from 13.8% at the end of 2019.

Bank of Ireland, 14% owned by the state following the global financial crash a decade ago which hammered Irish banks, reduced costs by 3% year-on-year and said it was maintaining a target introduced in February for more aggressive cost cuts by 2021.

KLM passengers must bring their own face masks on all flights 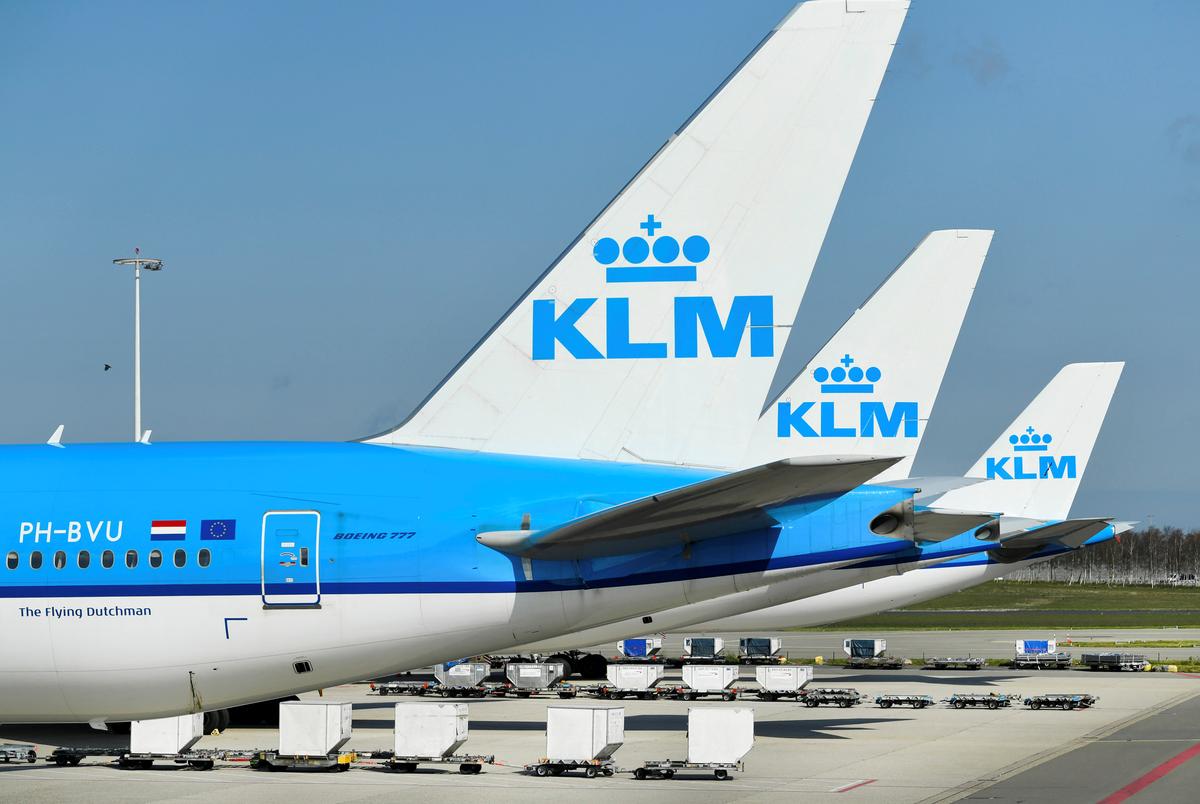