SINGAPORE — Stocks in Asia-Pacific were set for a mixed start on Thursday, with multiple major markets in the region closed for holidays.

Futures pointed to a higher open for stocks in Japan. The Nikkei futures contract in Chicago was at 23,395 while its counterpart in Osaka was at 23,290. That compared against the Nikkei 225’s last close at 23,185.12.

On the economic data front, the Bank of Japan’s quarterly tankan business sentiment survey is set to be out around 7:50 a.m. HK/SIN on Thursday.

Markets in China, Hong Kong, South Korea and Taiwan are closed on Thursday for holidays.

The moves on Wall Street came as U.S. House Speaker Nancy Pelosi and Treasury Secretary Steven Mnuchin failed to strike a coronavirus aid deal. The two will continue talks as they try to craft a fifth package that could pass both chambers of Congress.

The U.S. dollar index, which tracks the greenback against a basket of its peers, was at 93.886 in a week that has seen it decline from levels above 94.2.

The Japanese yen traded at 105.43 per dollar after seeing levels above 105.6 against the greenback yesterday. The Australian dollar changed hands at $0.7171 following its rise yesterday from levels below $0.715.

Brexit talks: what are the main obstacles to a deal?

Thu Oct 1 , 2020
EU-UK trade talks have survived a rocky September, capped by outrage in Europe over moves by the UK prime minister Boris Johnson to violate last year’s Brexit deal. But hard yards lie ahead if they are to succeed.  At stake in the negotiating round in Brussels, due to wind up […] 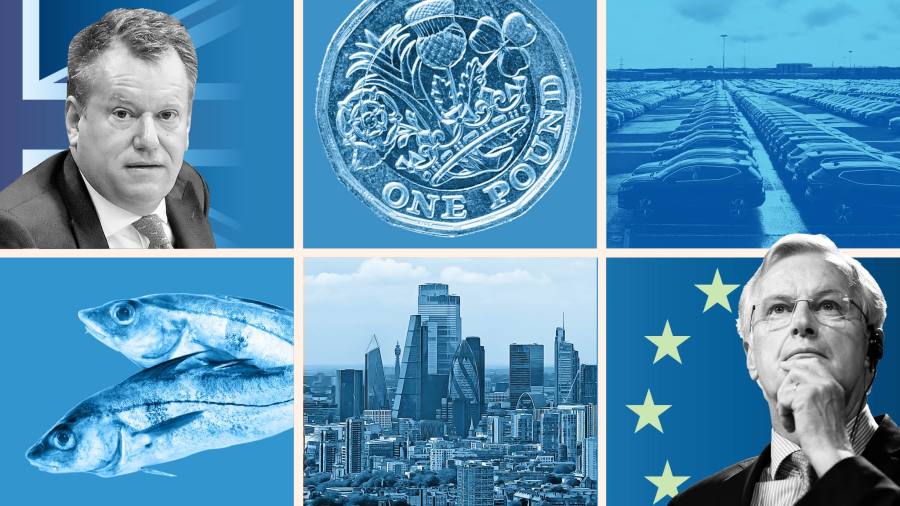