Senior bankers were left in the dark by chancellor Rishi Sunak’s last-minute decision to offer loans of up to £50,000 to Britain’s smallest businesses to help them through the coronavirus pandemic.

Mr Sunak on Monday afternoon unveiled plans for the government to fully guarantee so-called bounce back loans of up to £50,000 to the UK’s micro-companies, which will be administered by commercial banks.

But senior bankers said they were not told the chancellor had set the lending limit at £50,000, and had worked over the weekend on the basis that the ceiling would be £25,000.

“The industry has been left a bit shocked . . . There is now some urgent back-filling that needs to go on,” said one banker, who questioned whether the Consumer Credit Act would need to be amended to enable lenders to provide loans to micro-companies under the scheme.

Mr Sunak had been under pressure from Conservative MPs to move quickly to provide a 100 per cent state guarantee on loans to Britain’s smallest businesses.

All the issues have now doubled

These companies have struggled to secure credit under the coronavirus business interruption loan scheme set up by Mr Sunak, which is focused on small and medium sized enterprises and requires stringent checks on viability that can cause long delays with applications and refusals.

Banks were not informed about the £50,000 limit on bounce back loans until shortly before Mr Sunak made a statement to MPs on Monday, according to government officials, who said that the figure was always “an option” in discussions with lenders about the scheme.

A Treasury spokesperson said: “The new loans will be available from Monday next week and will reach companies bank accounts in a matter of days.”

Mr Sunak is expected to spend the next few days “ironing out” details of the scheme before its launch next week, but government officials said they would not necessarily have to amend the Consumer Credit Act.

One official added: “There are different options but in all scenarios we make sure that the money is able to get out of the door.”

UK Finance, the banking trade body, said the bounce back loans scheme was “a vital part of the support provided to help business at this time. The industry has worked closely with [the Treasury] on the development of the scheme.”

Although some bankers were blindsided by Mr Sunak’s plans for the £50,000 loan limit under the scheme, industry executives welcomed the proposals because they will help speed up lending to part of corporate Britain that often lacks the financial resources to survive the coronavirus crisis.

But banks are concerned that the £50,000 loan limit opens up the risk of higher levels of fraud given the light-touch approach to giving borrowers to access to credit.

“All the issues have now doubled,” said one industry executive.

It is also not clear to some banking executives what the guidelines are to pursue recovery of loans in the event of default or non-payment by companies, and whether they would need to do that before seeking the state guarantees.

After Mr Sunak announced the bounce-back loans scheme, the Financial Conduct Authority said applicants could be approved under a “simplified” due-diligence process if money laundering and terrorist financing risks were low.

The regulator also said banks need not make any further checks on applicants that had been through a due-diligence process in the past.

Tue Apr 28 , 2020
Waitrose will this week turn to a former Sainsbury’s executive to steer it through the coronavirus crisis as its struggling parent, the John Lewis Partnership, hammers out a blueprint aimed at securing its long-term survival. Sky News has learnt that the partnership’s new chair, Dame Sharon White, has picked James […] 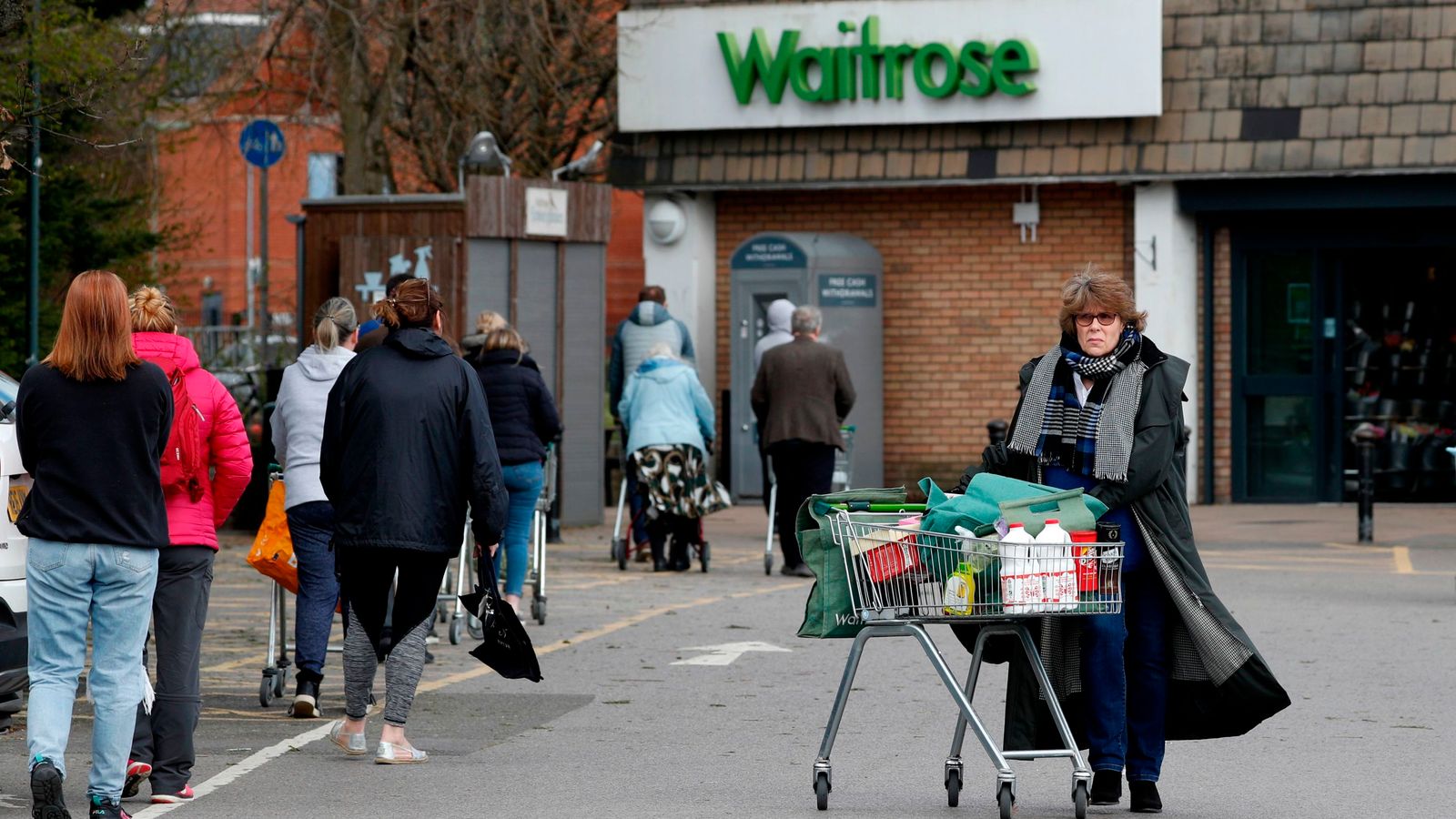