The UK and EU’s chief Brexit negotiators have spoken of the need to explore compromises on the most difficult issues remaining in the two sides’ trade talks, as Britain’s cabinet office minister Michael Gove said there was “cause for steady optimism”.

Speaking to members of the House of Lords on Wednesday, David Frost indicated Britain was willing to discuss commitments on state-aid policy in the future partnership that would “go further than you normally do in a free trade agreement”.

The comments from Britain’s chief negotiator, coming ahead of the start of a new round of intensified trade talks in London on Wednesday, suggest an openness to at least try to address the EU’s core demands in the negotiations that both sides sign up to level playing field commitments on the use of subsidies.

In parallel, in Brussels, EU negotiator Michel Barnier urged member state governments to be willing to show some flexibility on fishing rights to unlock a deal with Britain.

Speaking at a private meeting with national ambassadors, Mr Barnier said that he believed a deal was possible, and that he expected negotiations to continue past an October 15-16 European summit that the UK’s prime minister Boris Johnson had identified as a deadline for a breakthrough.

Mr Barnier and Lord Frost confirmed that a negotiating round last week had served to clear up some disagreements while laying bare the substantial ground still to cover on fish, state aid and the oversight and enforcement of whatever level playing field conditions are agreed.

Speaking alongside Lord Frost on Monday, Mr Gove said that negotiations with the EU were “proceeding in a way that gives us cause for steady optimism”. He later told MPs he put the chances of a deal at about 66 per cent.

Lord Frost, however, cautioned that “we’re some way from a deal” and that “it is quite difficult to agree the level of detail they [EU] might wish to see” on state aid. “We will see what we can do,” he added.

Fisheries is the most difficult issue remaining for us . . . but I wouldn’t want to say that any issue can’t be solved

But the comments are the first clear public indication from the UK that it is willing to agree provisions on subsidy control that go beyond commitments in the recent trade deal it struck with Japan.

The EU has insisted that the Japan deal, which prohibits the governments from indefinitely guaranteeing the debts of struggling companies, does not provide comprehensive protection for EU companies from unfair competition.

“We are beginning, and we are only just beginning, a discussion on ‘is it possible to go further than you normally do in a free trade agreement’ and agree some provisions that, as it were, shape and condition the subsidy policy on both sides,” Lord Frost said.

Later, at a separate parliamentary hearing with MPs, he suggested progress was being made on state aid, insisting: “Fisheries is the most difficult issue remaining for us . . . but I wouldn’t want to say that any issue can’t be solved.”

In Brussels, Mr Barnier sought to reassure worried fishing nations that their interests would never be used as a bargaining chip in Brexit talks.

He said that “both parties have to come forward to get the deal” and that the EU should not be “radical” in its demands for how much fish it could continue to catch in British waters, according to one diplomat.

In tandem with these developments, European Council president Charles Michel spoke with Mr Johnson on Wednesday.

“The EU prefers a deal, but not at any cost,” Mr Michel wrote on Twitter after the call. “Time for the UK to put its cards on the table.”

Downing Street said that Mr Johnson and Mr Michel agreed that “a deal was better for both sides”, but said Britain remained willing to walk away without a trade agreement.

Wed Oct 7 , 2020
Boris Johnson on Wednesday confronted the fact that his attempt to control coronavirus through a series of local lockdowns had failed across large parts of England. New restrictions were now inevitable: the only question was how far would they go? Rishi Sunak, the chancellor, has led ministerial efforts to forestall […] 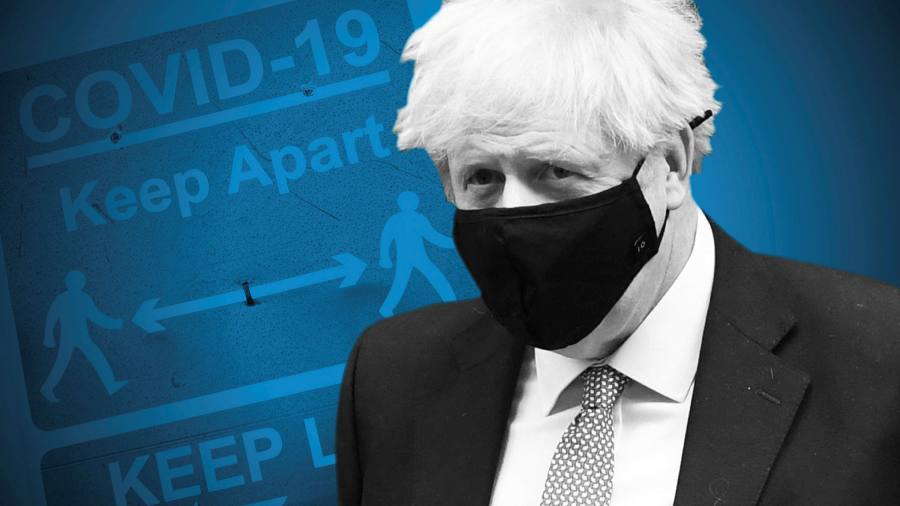