Six months into the coronavirus pandemic, a superficially plausible but dangerous argument is taking hold. It goes something like this: our economies have not just been temporarily disrupted by the virus but permanently transformed, and we must now allow the labour market to adjust accordingly.

This view underpins the UK’s new economic plan. “It is fundamentally wrong to hold people in jobs that only exist inside the furlough,” chancellor Rishi Sunak said last week as he cut the scope of government job support. While countries including Germany, France and Spain have extended their furlough schemes, in the UK only “viable” jobs (defined as those that can be done part-time) will receive state subsidies.

It is easy to see the appeal of this narrative. First, it is plainly true that economies will be reshaped forever. Online shopping and remote working might remain far more popular than they were pre-Covid-19, which would redraw the jobs map. Second, it gives intellectual and moral ballast to the decision to cut spending on expensive job support. “It’s not in people’s long-term interest to keep paying them forever to sit at home doing nothing,” said one Conservative MP after Mr Sunak’s announcement. It’s “healthier” to establish the “true state” of the economy, said another.

But in truth, it’s impossible to determine which jobs will be viable after the crisis ends while we are still in the middle of it. Economic activity remains warped by government restrictions, from a ban on nightclubs to a 10pm curfew for bars and restaurants. The job of theatre producer is unviable, as defined by the chancellor. But won’t we ever want to go to the theatre again? It would have been better to extend the furlough while restrictions remain or to be honest that, while we don’t know which jobs will exist after Covid-19, we are no longer willing to sustain them all until the danger has passed.

The other problem with the idea of “reallocation” or “creative destruction” is the dearth of new jobs for people to reallocate into. It’s true that sectors such as online retail have benefited from the crisis. But Amazon cannot hire everyone. There are roughly half as many job vacancies in the UK as there were in February. Every sector has fewer openings than before. What’s worse, the sectors that usually play an outsized role in absorbing the jobless are hamstrung by Covid-19 restrictions. In the previous recession, hospitality and retail accounted for one-fifth of all moves from unemployment to employment, but only for a tenth of all jobs. The government’s promise of retraining is useful, but does not address the shortage of new jobs.

Economists think UK unemployment will rise by 1m by the end of the year. This could trigger a downward economic spiral. How much will people consume when they are on universal credit, one of the least generous unemployment benefits in the OECD, with a standard payment of £409.89 a month for a single adult (less than £5,000 per year)? There is some housing benefit too, but its value was frozen in 2016 so it has detached from market rents.

Prime Minister Boris Johnson invoked the legacy of Franklin D Roosevelt in June, promising a “New Deal” akin to the US president’s efforts to combat the Depression. One of the FDR government’s boldest decisions was to become “employer of last resort”. The Works Progress Administration hired more than 8m unemployed people who built 500,000 miles of highways and nearly 100,000 bridges.

The UK government should create jobs too: real roles that equip the economy for the future. Britain has a shortage of care workers, which are undoubtedly jobs with prospects, given the ageing population, and require no formal qualifications so can be ramped up quickly. It would take an extra 180,000 care workers just to bring the ratio of carers to the over-70s population back to its 2014 peak. Creating this number of jobs, paid at the “real living wage”, would cost about £5bn, according to the Resolution Foundation think-tank. Investments in teachers and teaching assistants, nurses, mental health workers, home insulation and green boiler installers would also pay dividends.

Conservatives are instinctively wary about government intervention. But the state has jammed a wrench into the economy. This is an artificial recession caused by the government (albeit to protect public health). To let unemployment surge under the cover of “letting the jobs market adjust naturally” would be intellectually dishonest and economically dangerous. “It is common sense to take a method and try it: if it fails, admit it frankly and try another,” FDR said in 1932. “But above all, try something.”

Tue Sep 29 , 2020
The UK financial regulator has admitted that people are still confused about which products are covered by its rules despite pledging last year to clarify its consumer protection role. The Financial Conduct Authority said it was still “difficult for consumers to identify if they are dealing with an authorised firm […] 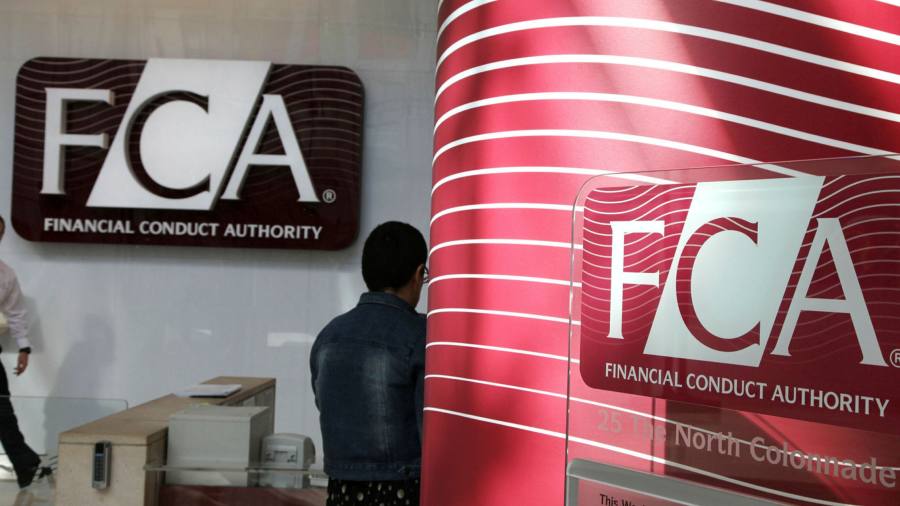