The world’s largest listed miner warned, however, that global steel production excluding China could drop sharply this year in light of the pandemic, and that capital spending in 2021 would be lower than its current outlook of $8 billion (6.4 billion pounds).

The company kept its annual outlook for iron ore production unchanged at 273-286 million tonnes but said petroleum output would likely hit the bottom end of previous guidance of 110-116 million barrels of oil equivalent.

It also revised to the lower end of range its outlook for metallurgical coal after heavy rains in Australia’s Queensland state, and put energy coal and copper production forecasts under review given temporary shutdowns of its Cerrejon coal mine in Columbia and its Antamina copper mine in Peru.

“It’s not too bad considering the events and what’s going on at the moment,” said analyst Glyn Lawcock of UBS in Sydney.

“Their downgrades are not severe but we wait and see what the next 12 months holds. A lot of guidance hinges on mobility restrictions starting to lift from May. If they don’t because of a recurrence of COVID-19, then that is a risk,” he said.

The coronavirus crisis has upended economic activity globally, but BHP has so far maintained that most of its operations remain unaffected by the pandemic despite a “small number” of its 72,000 employees testing positive for COVID-19.

“While demand in China has strengthened in recent weeks, we expect other major economies, including the U.S., Europe and India, to contract sharply in the June 2020 quarter,” Chief Executive Officer Mike Henry said.

Reported cases of the coronavirus have crossed 2.41 million globally and 165,854 people have died, according to a Reuters tally.

BHP produced a record 68 million tonnes of iron ore in the quarter ended March 31, up from 64 million tonnes in the cyclone-disrupted period a year earlier. However, it missed a UBS forecast of 69.2 million tonnes.

It also flagged a deferral of several smaller petroleum projects, as well as a delay of $200 million in exploration and development spending for the sector which it said was equivalent to 30% of its usual budget.

Tue Apr 21 , 2020
A London restaurant group has launched a series of vouchers with a “war bond” theme, in order to raise precious cash to keep the business running during the coronavirus shutdown.  The fundraising efforts by Boisdale, a group that counts Nigel Farage, Charlie Sheen and Arnold Schwarzenegger among its customers, follows similar measures by […] 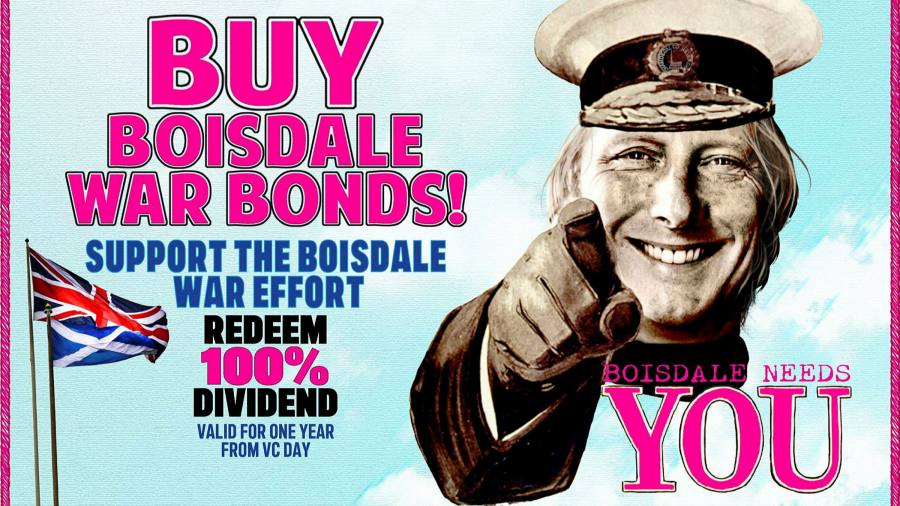