Even when it is swimming with the tide – as opposed to against it, as in the recent past – there will always be someone criticising Serco, the outsourcing group.

The company proudly set out examples today of the work it has been doing during the COVID-19 crisis, including commissioning the UK’s first drive-through test centre in two days, building accommodation in Australia for more than 1,300 quarantined travellers on one week’s notice and mobilising 10,500 contact tracers for the NHS Test & Trace programme in just four weeks.

It also helped set up the emergency NHS Nightingale hospitals.

Rupert Soames, the chief executive, said: “The response of colleagues has been exemplary and they have worked throughout with the same courage, dedication and commitment as their public-sector co-workers on the front line in prisons, hospitals, trains, ferries, defence establishments and immigration facilities.

“As a result of the significant investments we have made in recent years, our management teams, business processes and systems have shown themselves to be capable of responding at great speed and effectiveness to governments’ needs.

“Worldwide, we have mustered over 15,000 full and part-time people to help governments respond to the crisis.”

He was speaking as Serco provided evidence of its ongoing turnaround as it reported a 53% rise in half-year trading profits – its preferred metric – to £77.8m.

Yet the results, along with ongoing scepticism of efficacy of the NHS Test & Trace programme, exposed it to criticism today.

Rachel Reeves, Shadow Chancellor of the Duchy of Lancaster, said: “The Conservatives have consistently tried to privatise throughout this pandemic and turn to a small number of corporations instead of using public health expertise.

“The government’s decision to hand Serco millions for contact tracing has been an expensive mistake in comparison to what can be achieved by local councils and established public health approaches.

“Ministers should swallow their pride, learn lessons and choose to better support the public sector instead of Serco’s shareholders.”

The irony is that, despite the work on COVID-19, there has been no boost to the bottom line.

Mr Soames told Sky News: “[The impact has been] a big fat zero on the profit. On our revenues, we’ve had government contracts worth about £130m, but, on the other hand, we’ve lost revenue in areas like our leisure centres and transport to the tune of about £50million. And, at a profit level, it’s zero impact.”

New figures published today suggested that only 72% of close contacts of people who have tested positive for Covid-19 have been reached during the latest week for which data is available. It has led to fresh criticism that NHS Test & Trace is failing to contact enough people at risk of contracting the disease or of spreading it.

But Mr Soames defended the programme: “There are different statistics. Of the people we speak to, to ask them to isolate, 93% of them are agreeing to do so. Where there is a gap is where, for instance, if I said to you, ‘name everybody you’ve been into close contact with in the last 48 hours’, and if you gave me 20 names, you’d probably say ‘well, there was a guy sitting next to me on the bus or at the railway station, and I don’t know who they are’.

“At the moment that number is about 20%, where people can tells us that they’ve had a contact, but they don’t know the contact details. This is something we are working with and we are getting better at each week at tracking down those people we don’t have details for.

“Despite that, the system has tracked down, traced, 236,000 people in a two month period and asked them to isolate. And that’s no mean achievement.”

Mr Soames denied that some councils launching their own tracing programmes, such as Blackburn with Darwen, represented a vote of no confidence in the national system.

He went on: “It’s a team effort. There will be certain types of outbreak where it makes a lot more sense for local authorities to work with data provided by the national systems and go and do stuff locally.

“But there is a mantra about that people don’t like the call centres that we are running and it’s simply not true – as I say, 93% of people we ask to isolate agree to do so.

“This has to be a national effort and it doesn’t surprise me at all that some local authorities are doing it themselves as well.”

He added: “Whitehall, government, had to make a guess. It’s rather like the Nightingale hospitals – they had to have a guess how many hospitals they’d need and the fact that they built 10 that are largely unused – that’s good news they are being unused. They had to take a guess at how much capacity we would need and the fact is we have over-capacity with the number of contacts we’ve got at the moment.

“My suspicion is that over the next couple of weeks government will be acting to reduce that over a period of time.

“At the end of the day this is a reserve army of people who are waiting there, if you get sudden spikes, when suddenly we might need all the people we have got. This is something that is easily solved over coming months and we’re learning the whole time about how to size these things correctly.”

Mr Soames said Serco would not be taking the £1,000-per-worker government bonus being offered by the Chancellor, Rishi Sunak, for workers returning from the furlough scheme because it would have been taking back those employees regardless. He said the company was also looking to repay some £49m of deferred taxes to HMRC by the end of the year.

The debate over NHS Test & Trace should not distract from the progress this company is making.

On its knees not so long ago, Mr Soames has executed a turnaround since arriving in 2014, the culmination of which was the declaration of a full year dividend in February for the first time in many years.

Unfortunately, in common with many other companies, the company immediately had to cancel the pay-out in order to conserve cash.

However, with the company being more disciplined about the contracts it is taking on, the order book growing and net debt falling, it may not be too long before it is finally resuming dividend payments.

Thu Aug 6 , 2020
Parts of England, and London in particular, have long suffered from a chronic shortage of affordable and decent housing. In this respect, the government’s white paper to boost the number and the quality of dwellings is to be cheered. The vision is, in housing minister Robert Jenrick’s words, to create […] 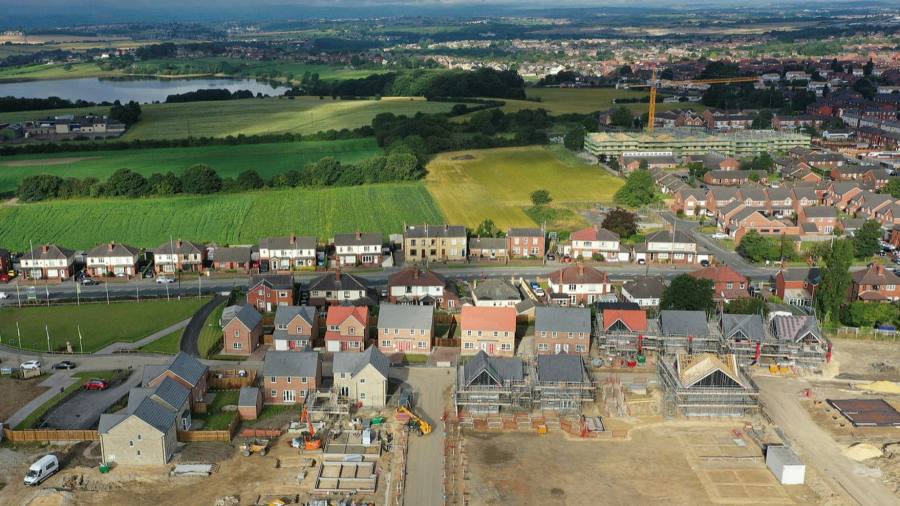