(Reuters) – Blackstone Group Inc (BX.N), the world’s largest manager of alternative assets such as private equity and real estate, reported a 4% rise in its first-quarter distributable earnings on Thursday driven by a surge in management fees, even as its funds took a hit in the coronavirus-induced downturn.

Blackstone posted a 16% rise in management and advisory fee revenue thanks to its continued fundraising, which offset a 32% drop in revenue generated from performance fees it books when it cashes out on assets.

Distributable earnings (DE) rose to $557.1 million (451.20 million pounds) from $538 million a year earlier. This translated into DE per share of 46 cents, lower than the 50 cents that analysts estimated on average, according to data compiled by Refinitiv.

U.S. stock prices have tumbled as stay-at-home measures to fight the coronavirus pandemic have shut down large swathes of the economy, weighing on Blackstone’s portfolio.

Blackstone said the value of its private equity funds fell by 21.6% in the first quarter, compared with a 20% drop in the benchmark S&P 500 stock over the same period. This reflected the economic impact not just of the COVID-19 pandemic, but also of the steep decline in oil prices that weighed on Blackstone’s holdings in the energy sector. Excluding the energy sector assets, Blackstone said its private equity portfolio declined 11.1%.

Blackstone’s opportunistic and core real estate funds depreciated by 8.8% and 3.9%, respectively, during the quarter.

While this plunge in the mark-to-market value of its holdings does not affect Blackstone’s cash position, it takes a big toll on its earnings when reported under generally accepted accounting principles (GAAP). Blackstone posted a net GAAP loss of $2.6 billion, compared to an approximately $1.1 billion profit a year ago.

“We entered this crisis in a position of great strength, having recently completed a two-year fundraising cycle of nearly $250 billion. With ample capital reserves, long-term fund structures, and over $150 billion of dry powder capital – more than anyone in our industry – we are uniquely positioned to invest on behalf of our clients at a time of historic dislocation,” Blackstone CEO Stephen Schwarzman said in a statement.

Blackstone’s total assets under management fell to $538 billion in the quarter, from $571.1 billion in the prior quarter. It declared a quarterly dividend of 39 cents per share.

Thu Apr 23 , 2020
PARIS (Reuters) – France offered retailers some relief on Thursday, saying it wanted them to reopen when a nationwide lockdown ends on May 11, though some curbs could remain in certain areas to delay a new wave of the coronavirus. FILE PHOTO: A cyclist rides in front of the deserted […] 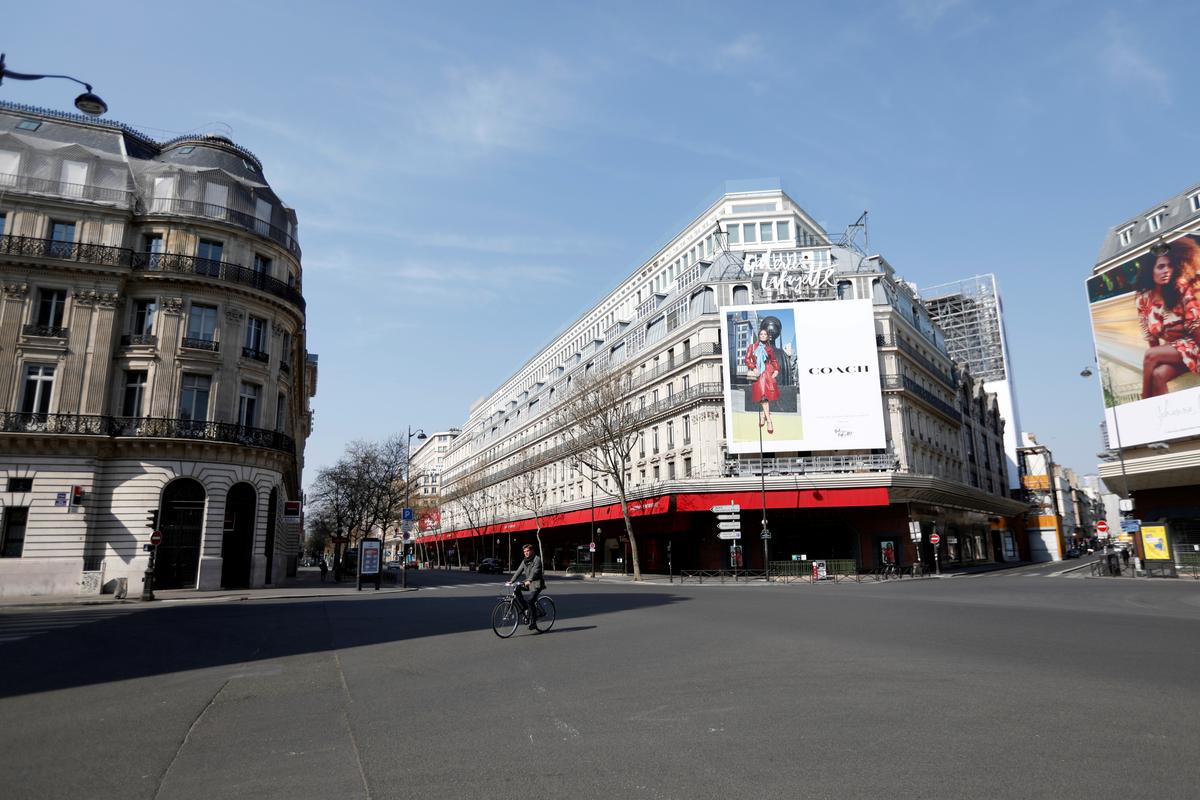