Job openings for blue-collar workers in the UK are recovering faster than demand for white-collar roles, according to a survey that suggests office support staff are among the main casualties of the shift to working from home after the coronavirus pandemic started. A monthly survey conducted by advisory firm KPMG […]

Job openings for blue-collar workers in the UK are recovering faster than demand for white-collar roles, according to a survey that suggests office support staff are among the main casualties of the shift to working from home after the coronavirus pandemic started.

A monthly survey conducted by advisory firm KPMG and the Recruitment & Employment Confederation pointed to a strong pick-up in hiring of temporary staff in August, with the reading on its temporary billings index rising to 55.6 from 45.1 the previous month. In contrast, there was only a slight rise in permanent staff appointments, with the permanent placements index rising from 44.7 to 50.9.

Overall demand for staff remained weak, with the index reading for vacancies slipping from 43.4 in July to 42.8 in August. But recruiters’ reports showed a clear split between sectors, with strong growth in vacancies for temporary blue-collar and construction roles but a continued decline in both temporary and permanent vacancies for clerical and secretarial staff, and for roles in finance or accounting.

Neil Carberry, the confederation’s chairman, said temporary work tended to bounce back first after any recession, when employers were not yet confident the recovery would last. The difference was especially stark this time, he said, because of fears of a fresh surge of coronavirus cases.

“It reflects the uncertainty businesses face about what will happen over coming months with the pandemic and Brexit,” he said.

But the trend also reflects the types of job that are being advertised. The REC said it had seen significant rises in recent weeks in advertisements for blue-collar jobs such as goods vehicle drivers and skilled trades such as bricklayers and roofers — roles where temporary work is relatively common.

“There is a strong sense that blue-collar sectors, construction, engineering and IT are in much better shape than broad white-collar sectors . . . There is something about the extent to which office-based firms are hiring support staff at all,” Mr Carberry said.

The survey also showed a continued rise in the number of candidates available for both temporary and permanent roles, with recruiters seeing many people who had been laid off, as well as some on furlough, looking for new roles. Competition for work was driving down starting salaries for permanent staff and hourly rates for temps, the REC said.

For temporary workers, both the steepest increase in the number of candidates available and the steepest drop in hourly rates was in London.

Wed Sep 9 , 2020
The UK government is increasingly alarmed over rising numbers of coronavirus cases, with Matt Hancock, the health secretary, telling MPs on Tuesday that “the virus is still very much with us”. A range of measures have moved in the wrong direction over recent weeks and show that the jump in […] 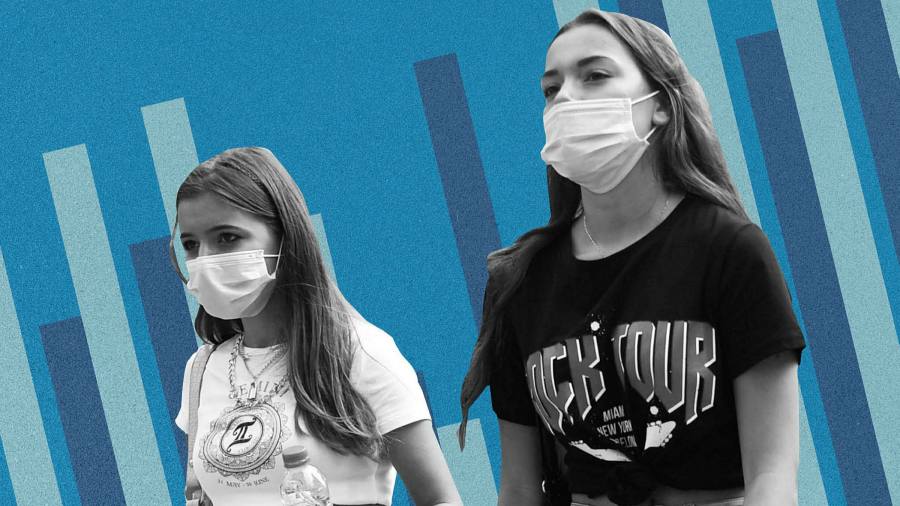