The Bank of England has forecast the UK economy will contract by a historic 30 per cent in the first half of year but has decided not to launch new stimulus moves.

In its monetary policy report, the UK’s central bank presented an indicative forecast for the economy, predicting that output would dip 3 per cent in the first quarter followed by a further 25 per cent fall in the second, making a 30 per cent drop overall in the first half.

The BoE said the unemployment rate was likely to rise to 9 per cent, even with the government’s job retention scheme protecting many employees from being laid off. That would mean a higher rate of joblessness than after the 2008-09 financial crisis.

The central bank forecast that inflation would dip to 0.5 per cent in 2021, before returning to the 2 per cent target the following year.

The BoE had seen spending figures from a large survey of bank accounts to inform its view that there had been “a reduction in the level of household consumption of around 30 per cent”.

But Andrew Bailey, BoE governor, wanted to present better news, predicting that the economy would bounce back “much more rapidly than the pull back from the global financial crisis”. The governor added that because he expected the government’s support schemes would be successful, “there is only limited scarring to the economy”.

“The UK economy and financial system are robust to a period of social distancing that extends through the summer and is phased out by September and to a number of sensitivities either side of that,” Mr Bailey added.

The BoE said it stood ready to provide more money into the economy should it need it and had further meetings planned in June before the £200bn it pledged in March to support economic activity by buying government bonds was likely to run dry.

Not all Monetary Policy Committee members supported the majority decision. Two of the nine members, Jonathan Haskell and Michael Saunders, voted to increase quantitative easing by another £100bn.

The BoE also undertook an exercise to test whether the financial system could cope with the expected once-in-a-century recession and concluded that it could.

It assessed that banks would lose less money than in its latest stress test and “the core banking system has capital buffers more than sufficient to absorb losses”.

BT pulls dividend until 2021/22 to cope with COVID

Thu May 7 , 2020
FILE PHOTO: Logo of British Telecom (BT) is displayed outside a store in London, Britain, November 15, 2019. REUTERS/Simon Dawson LONDON (Reuters) – Britain’s biggest telecoms group BT (BT.L) has suspended its dividend until 2021/22, one of the biggest on the London stock exchange, and pulled its financial outlook in […] 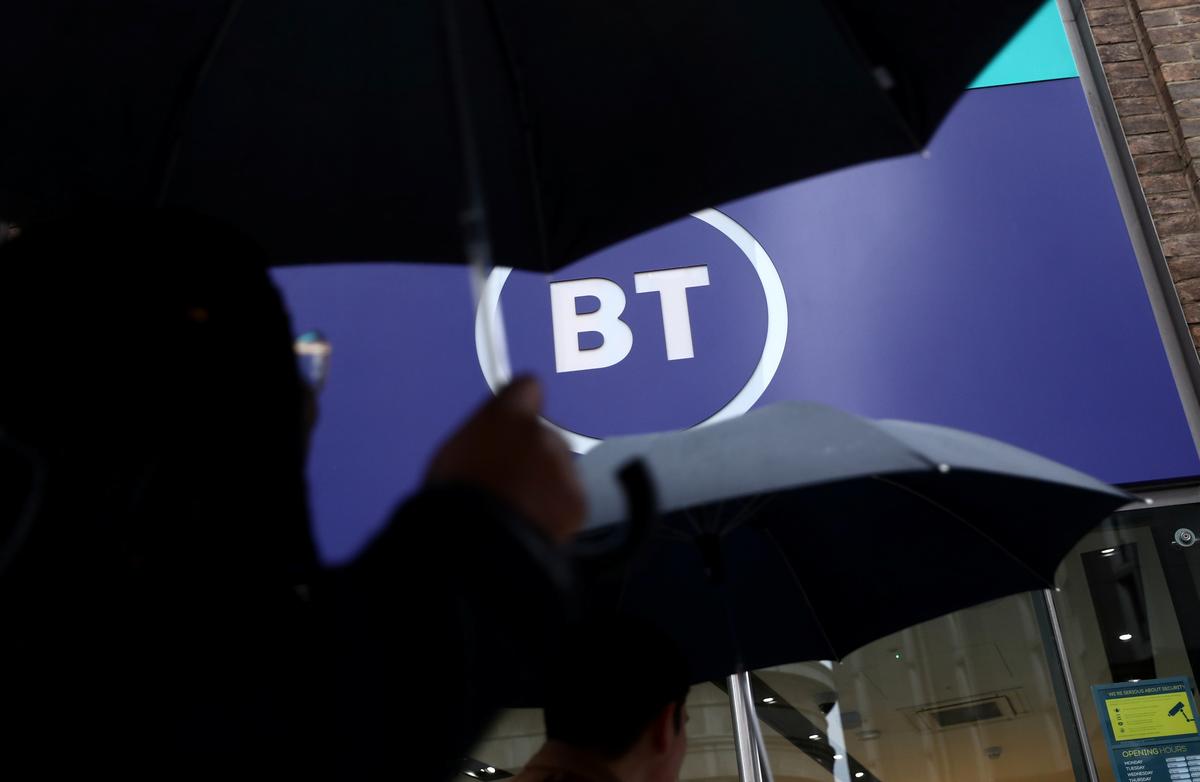