WASHINGTON (Reuters) – Boeing Co’s (BA.N) grounded 737 MAX jet is expected to remain grounded until at least August as the manufacturer continues to grapple with software issues, people briefed on the matter told Reuters.

The largest planemaker has signaled it now hopes to win regulatory approval in August for the plane’s return to service, but that could be pushed backed until fall, the sources said, as timing for meeting milestones is uncertain.

The best-selling airplane has been grounded since March 2019 after two fatal crashes in five months killed 346 people. Boeing halted production in January and has 400 undelivered MAX planes in storage.

Southwest Airlines Co (LUV.N), the largest operator of 737 MAX airplanes worldwide, said Tuesday it was removing the MAX from its schedule through Oct. 30 based on Boeing’s “recent communication on the MAX return to service date.”

Last week, Reuters reported that a key certification test flight had been delayed until late May at the earliest and reported in early April the company was dealing with two new software issues.

The Federal Aviation Administration (FAA) has repeatedly said it has no timetable for approving the plane’s return to the skies.

Boeing declined to comment ahead of its earnings release Wednesday. On Monday, Chief Executive Officer Dave Calhoun during the company’s annual meeting did not repeat prior guidance that Boeing anticipated the plane would win approval for a return to service in mid-2020.

“We remain confident in the MAX,” Calhoun said.

One issue involves hypothetical faults in the flight control microprocessor, which could potentially lead to a loss of control known as a runaway stabilizer. The other issue could lead to disengagement of the autopilot feature during final approach.

Boeing said on April 7 it was working with Raytheon Technologies Corp RTX.N unit Collins Aerospace Systems on the software updates, but it remained unclear when Collins will complete work and how long it will take U.S. and other regulators to validate the fixes as they complete a software documentation audit.

In February, Boeing said it would need a software update to address a 737 MAX indicator light issue. In January it disclosed a separate software issue relating to a power-up monitoring function.

The Wall Street Journal had reported the 737 MAX return to service timetable.

Tue Apr 28 , 2020
BRUSSELS (Reuters) – Negotiations between the European Union (EU) and ex-member Britain over new trade arrangements from next year are at an impasse due to disagreements and the coronavirus crisis, according to diplomats and officials in the bloc’s hub Brussels. FILE PHOTO: A flag is seen outside the Houses of […] 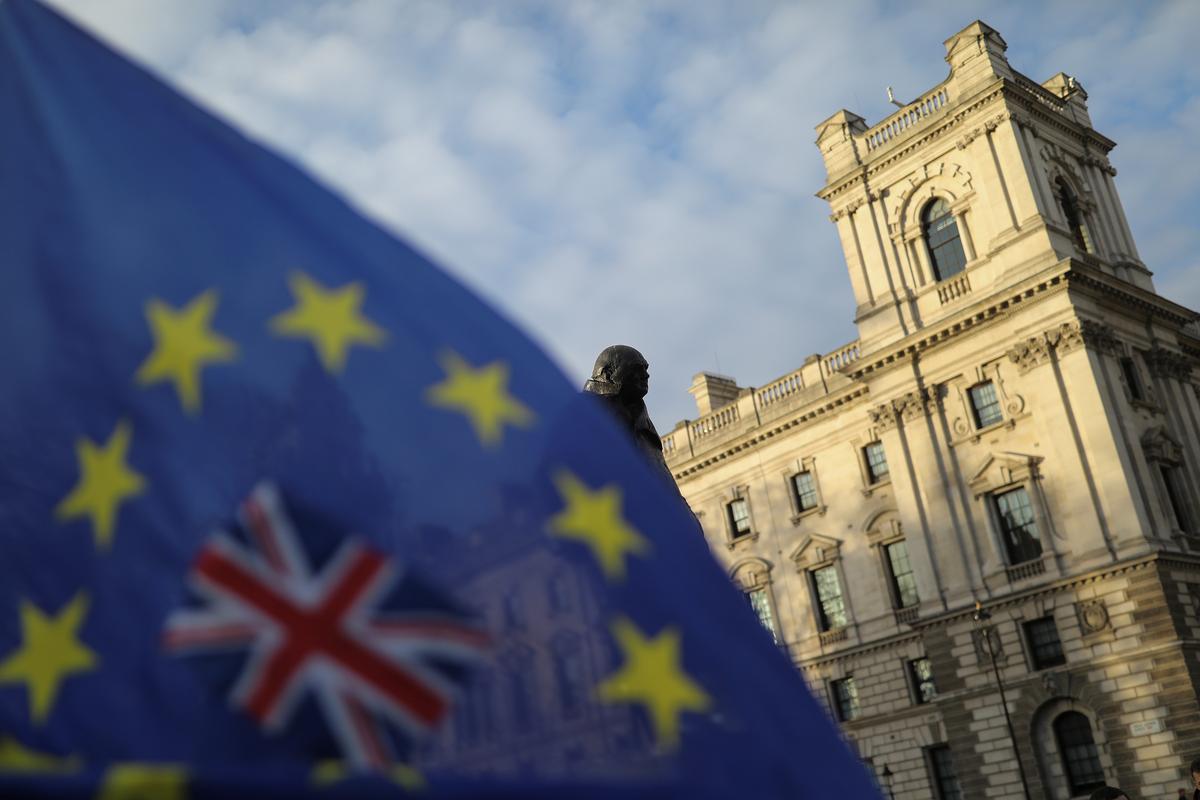