(Reuters) – Boeing Co (BA.N) said on Wednesday it would cut its workforce by about 10%, further reduce 787 Dreamliner production and try to boost liquidity as it prepares for a years-long industry recovery from the coronavirus pandemic that drove the planemaker to a net loss for the second straight quarter.

Chicago-based Boeing burned through $4.7 billion in cash in the first quarter but said it was confident of getting sufficient liquidity to fund its operations, sending its shares up 5% to $137.57.

Reuters reported on Tuesday that Boeing is working with investment banks on a potential bond deal worth at least $10 billion. Last month it drew down its entire $13.8 billion credit line and is also weighing seeking government aid.

Analysts said the cash burn was not as bad as feared and that the company might be able to avoid raising capital from the U.S. Treasury, although Seth Seifman of J.P. Morgan said the path forward for Boeing still remains “quite challenging.”

Planemakers, airlines and suppliers have been left reeling by the pandemic, which has crippled passenger travel, catapulted major economies into recession and forced major companies to scramble for cash to weather the downturn.

“The aviation industry will take years to return to the levels of traffic we saw just a few months ago. We have to prepare for that,” Boeing CEO Dave Calhoun said in a letter to employees.

The majority of job cuts will be at the company’s commercial aircraft division, where it was already grappling with a production freeze and year-long grounding of the 737 MAX following two fatal crashes.

In January, Calhoun had said production of the MAX could resume by April ahead of its forecasted mid-year return to service, but the health crisis has put those timelines into question.

Boeing said on Tuesday that 737 MAX production will resume at low rates in 2020 as timing and conditions of return to service are better understood and gradually increase to 31 per month during 2021, with further gradual increases to correspond with market demand.

Reuters reported Tuesday approval is not expected until at least August and could be pushed back later.

Boeing said it plans to reduce production of the bigger 787 jet to seven units per month by 2022. It was already planning to cut production to 10 aircraft per month in early 2021 from a revised 12-per-month rate in late 2020 as demand waned due to the U.S.-China trade war.

The pandemic has made it more difficult for Boeing to sustain production of the aircraft, which is its main source of cash as the 737 MAX remains grounded. It will also reduce the 777/777X combined production rate to 3 per month in 2021 from 5.

Boeing said its assumed timing of 737 MAX regulatory approvals will enable deliveries to resume during the third quarter.

It is also facing lawsuits related to the 737 MAX crashes and federal prosecutors aided by the FBI, the Department of Transportation’s inspector general are investigating the aircraft’s certification.

European rival Airbus (AIR.PA) on Wednesday posted a 49% slump in first-quarter core profit and called for an industry-wide campaign to restore confidence in flying. It highlighted plans to save cash after gushing 8 billion euros ($8.67 billion)in the first quarter.

Reporting by Ankit Ajmera in Bengaluru and David Shepardson in Washington; Writing by Tracy Rucinski Editing by Arun Koyyur and Nick Zieminski

Wed Apr 29 , 2020
LONDON (Reuters) – The price of iron ore is set to drift lower in coming months as the coronavirus pandemic eats away at demand, moderating its outperformance against other industrial commodities this year. FILE PHOTO: Piles of imported iron ore are seen at a port in Zhoushan, Zhejiang province, China […] 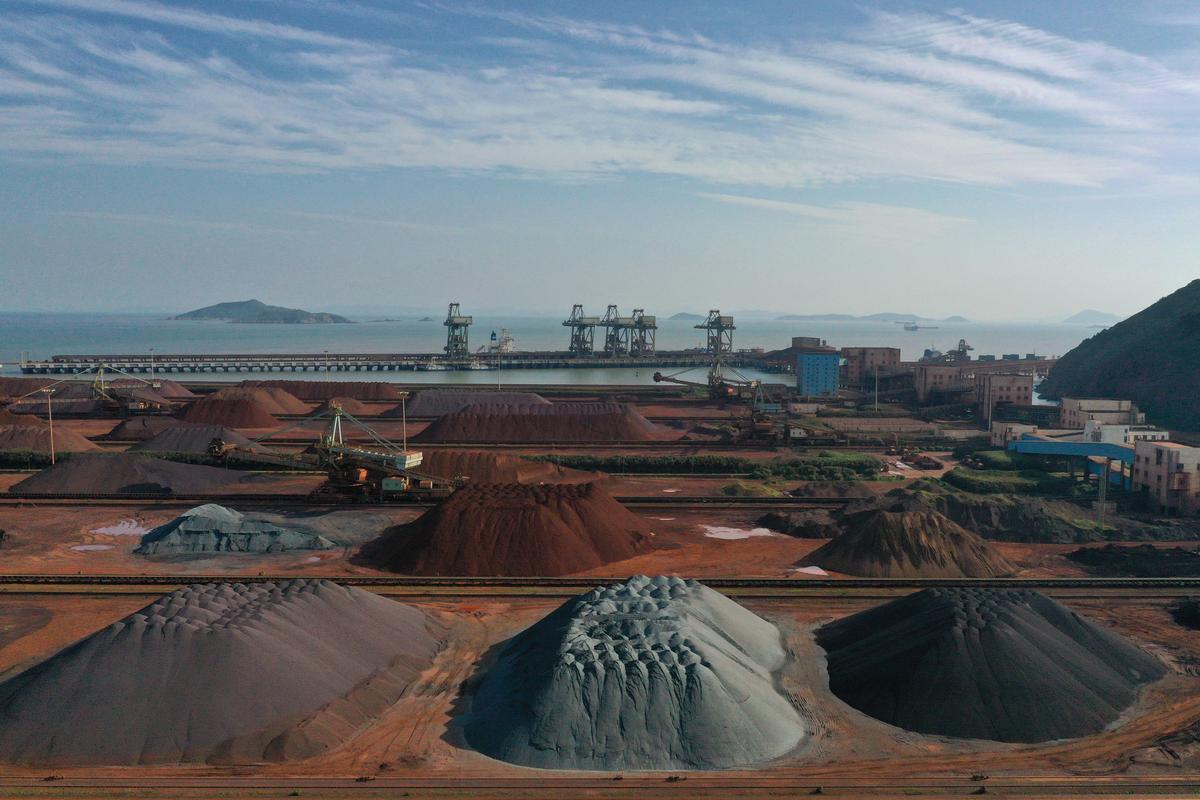