TOKYO (Reuters) – The Bank of Japan will do “whatever it can” to mitigate the growing fallout from the coronavirus pandemic, Governor Haruhiko Kuroda said on Tuesday, warning that a collapse in global activity has had severe consequences on the the economy.

The central bank has various tools at its disposal if it were to ramp up stimulus such as accelerating money printing, increasing market operation tools and cutting interest rates, Kuroda said in a semi-annual testimony to parliament.

He signalled that any further steps the BOJ takes will focus on helping cash-strapped firms, rather than stimulating demand.

“What’s most important for us is to take steps to smoothen corporate financing and stabilise markets,” Kuroda said. “We will do whatever we can as a central bank, working closely with the government.”

Kuroda ruled out the possibility of adding municipal bonds to the list of assets the BOJ buys, however, saying he saw no need to do so for the time being.

The world’s third-largest economy is on the cusp of a deep recession with many analysts projecting a double-digit contraction in the current quarter, as the pandemic forces households to stay home and businesses to shut down.

While the government plans to lift the state of emergency for some prefectures that saw infection numbers stabilise, many big cities including Tokyo will likely see current restrictions kept in place at least for the rest of this month.

Kuroda said Japan did not face an imminent risk of a sharp credit contraction, as many financial institutions have sufficient buffers to weather the pain from the pandemic.

But he warned the outlook for Japan’s economy was “highly uncertain” and dependent on when the pandemic is contained, with risks skewed to the downside.

“Japan’s economy is in an increasingly severe state. The outlook will remain severe for the time being,” he said.

The BOJ expanded monetary stimulus for the second straight months in April. For both months, it focused on steps to ease corporate funding as efforts to prop up demand would run against government requests for households to stay home.

The measures taken so far include doubling the pace of annual purchases of exchange-traded funds (ETF), ramping up buying of corporate bonds and commercial paper, and pledging to buy unlimited amounts of government bonds.

All the measures are temporary steps to combat the fallout from the pandemic, BOJ executive director Shinichi Uchida told parliament on Tuesday, adding the central bank had no preset idea now on when they will be rolled back.

The BOJ also plans to set up as early as this month a new scheme that rewards financial institutions that tap government loan schemes to boost lending to small firms.

About 15,847 coronavirus infections and 633 deaths have been confirmed in Japan as of Monday, excluding cases from a cruise ship previously quarantined in Yokohama, according to NHK.

Hyatt to lay off 1,300 employees as pandemic cripples travel

Tue May 12 , 2020
FILE PHOTO: The window curtains are uniformily closed at a Hyatt hotel that is completely closed to guests during the coronavirus disease (COVID-19) outbreak, in Washington, U.S. May 8, 2020. REUTERS/Jonathan Ernst (Reuters) – Hyatt Hotels Corp (H.N) said late Monday it would lay off 1,300 people globally as it […] 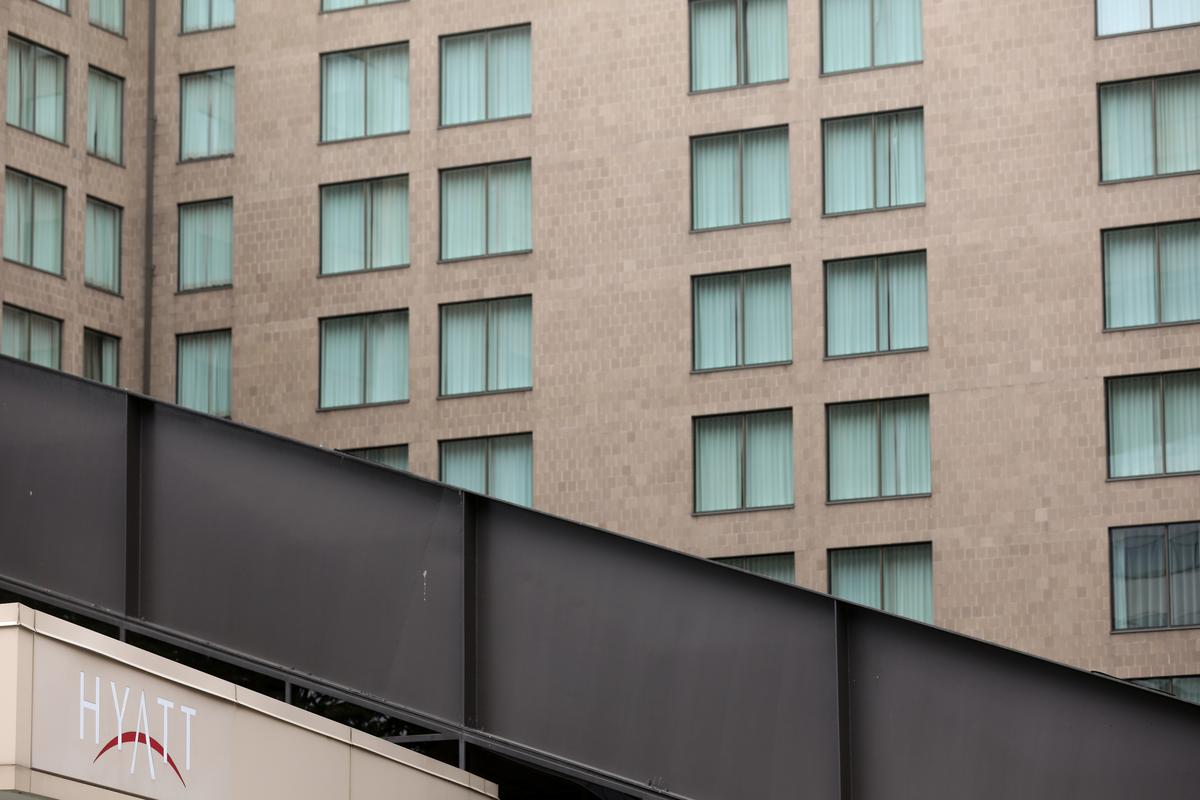