Boohoo, the fast-fashion group at the centre of a row over poor pay and working conditions, will start manufacturing its clothes for the first time with plans to set up a factory in Leicester.

John Lyttle, Boohoo’s chief executive, told the Mail on Sunday that the online retailer planned to set up a “model factory” employing up to 250 workers in a joint venture with one of its existing suppliers.

The company, which is popular among teenagers for its cheap clothes, has been at the centre of negative press coverage in recent weeks after it was found that workers in some of the factories in its supply chain were paid less than half of UK’s minimum wage.

The revelations, first reported by the Sunday Times, resulted in more than a fifth being wiped from the retailers market value and has prompted the company to back the launch of an independent investigation into its clothing manufacture in the east Midlands.

The company said it had already bought the site of a former car showroom in Leicester before the pandemic, with a view to setting up its own manufacturing operations. It is a model already used in Spain by rival clothing retailer Inditex, which owns the fashion brand Zara.

A decision will be made as to whether the site can be used in its current state or whether the existing building needs to be knocked down this week. If it does, a temporary facility that could be up and running by September will be built, the company said.

Boohoo said it aiming for around 50,000 garments to be made at the new Leicester facility, only a small proportion of its UK-based production.

Nearly two-thirds of the retailer’s stock is sourced from overseas countries including Turkey, Morocco, Bangladesh and China, with the remaining quantity made predominantly in Leicester using around 150 third-party suppliers. But Leicester’s proximity to Boohoo’s UK distribution hub allows it to quickly produce small runs of clothes lines that can be easily scaled up if they sell well.

According to the campaign group Labour Behind the Label, Boohoo accounts for roughly three-quarters of clothes produced in Leicester. During lockdown it has placed orders for around 400,000 garments per week.

Sun Jul 26 , 2020
Almost a quarter of small UK businesses have cut jobs in the past few months despite the government’s furlough scheme that has helped pay the wages of more than 9m workers. Larger companies have unleashed a savage round of job cuts in recent weeks, with hundreds of employees losing their […] 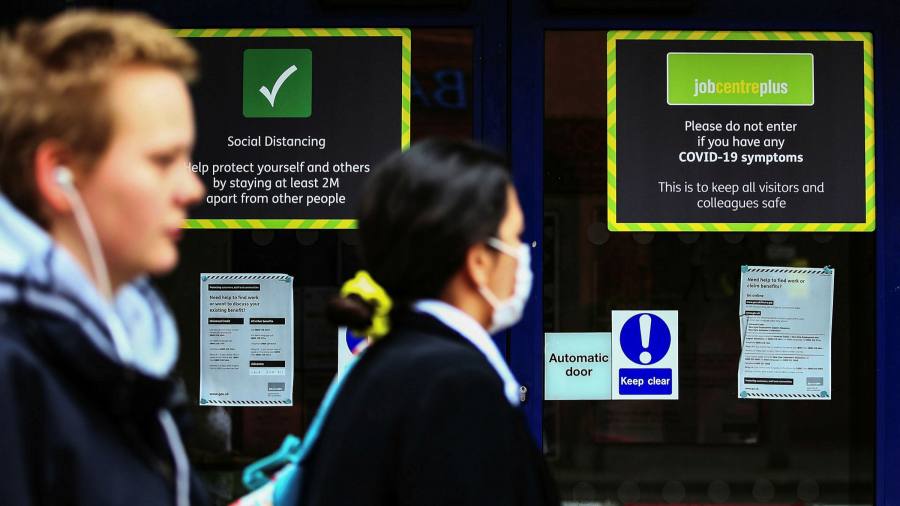