Sometimes the political and the personal fuse. Boris Johnson says he owes his life to the National Health Service. The prime minister’s hymn of gratitude to Britain’s state-run health system after his spell in intensive care as a Covid-19 patient was self-evidently heartfelt. His personal debt reaches beyond life-saving care. The NHS helped map his path to power.

Mr Johnson first declared a deep affection for the service at the time of the 2016 Brexit referendum. As leader of the Leavers, he promised that quitting the EU would free up great riches — an additional £350m each week — that could be used to fund healthcare. The pledge was mendacious. It was also a stroke of campaigning genius — a powerful and successful pitch to the Brexit-inclined Labour voters needed to win the referendum.

The tactic was repeated in December’s general election. Mr Johnson’s platform was simple: he would end the parliamentary temporising that had thwarted Brexit and he would shower money on the NHS for the next five years. Voters in great tracts of Labour’s heartlands in the Midlands and north of England switched their allegiance to give the Conservatives a resounding majority.

For all the richly deserved acclaim being heaped on NHS workers during the coronavirus pandemic, the prime minister’s unqualified reverence leaves him in something of a minority in his own party. Since voting against the NHS’s establishment in 1945, the Tories have never fully embraced it, veering instead between grudging acquiescence and grumbling resentment.

Since the 1980s in particular, the party has often seen a state-run organisation with some 1.4m employees as a rebuke to the pro-market policies that drove Margaret Thatcher’s privatisation of great swaths of the state. Thatcher never dared take on the NHS, though she did buy private health insurance. Successive Tory prime ministers have instead sought to chip away at the boundaries of the health service by restricting funding and injecting private competition. The fragmentation and cash shortages have taken their toll, visible during the present crisis in shortages of specialist facilities and equipment.

When Mr Johnson applauds what ministers pointedly claim as “our NHS”, he omits to mention that since 2010 the governments of David Cameron and Theresa May subjected it to a ferocious financial squeeze which, according to the Independent think-tank The King’s Fund, represented the harshest clampdown since 1945. Hospitals have fallen into disrepair and patients have faced long delays and waiting lists for essential treatment.

The NHS stands as the poor relation among European neighbours. According to the independent Nuffield Trust, it provides fewer than three doctors per 1,000 of population. That compares with four in Italy, 4.2 in Germany and 4.8 in Norway. There are similar shortfalls in the numbers of nurses and other clinical staff and of hospital beds. By the count of the OECD, Britain has 2.5 hospital beds per 1,000 of population against six in France and eight in Germany.

Defying the rising demand for healthcare from an ageing population and the high cost of sophisticated medical equipment and modern pharmaceuticals, spending on the NHS has fallen as a share of national income since 2010. Between 2000 and 2010 the share rose from 5 per cent to 7.75 per cent. By 2018 it had fallen back to 7.35 per cent.

An even tighter squeeze on the budgets of local authorities for the care of the elderly has left large numbers of those who would otherwise be in residential homes stranded in NHS beds. The hard work and deep reservoir of determination of health service workers witnessed during the present crisis have long served as a sticking plaster on an open wound.

The prime minister’s election promise of an additional £34bn of funding spread over the next five years will not do the trick. It is certainly welcome, providing an annual real increase of a little more than 3 per cent a year. But as The King’s Fund and others point out, it will do nothing to allow the NHS to repair the damage of the past decade and is below the long-term average rise of 3.7 per cent. Senior figures at NHS England say that the service will “just about get by” with the extra funding — assuming a substantial increase in resources for elderly care.

Covid-19 and his own brush with mortality, however, present Mr Johnson with a unique opportunity. Even as he recuperates, the prime minister is as politically strong as he will ever be. He has shown that backing the NHS is a vote-winner. He can rewrite the ­Conservative script to reconcile his party with the idea that free-at-the-point-of-need healthcare is an indestructible pillar of British society. Rather than resent the NHS, the Tories should cherish it.

The way to do so is to create a ­permanent funding structure to provide the resources needed to meet the demands of modern medicine and an ageing population and, crucially, to redeem a decade-old Conservative promise to properly fund care of the elderly.

Yes, this will come with a cost. But how many would oppose an increase in tax to pay for the NHS Britain deserves? Mr Johnson declares himself a champion of the NHS. Now he can show it.

Thousands could now be eligible for child benefit payments

Thu Apr 16 , 2020
Thousands of higher-earning families who have not claimed child benefit in the past could find they are now eligible to do so if their income has dropped owing to the Covid-19 pandemic, tax experts say.  A family with two children could be entitled to nearly £1,800 a year, but many […] 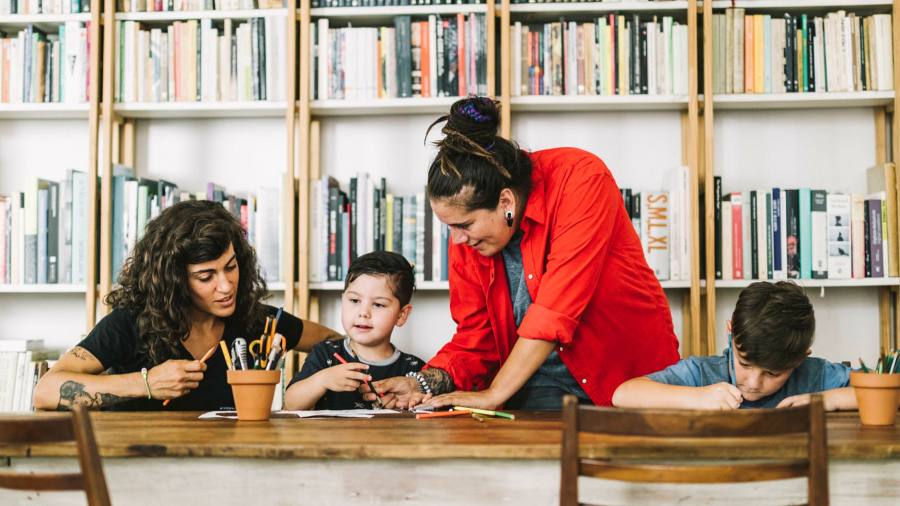