Boris Johnson has attempted to downplay claims that his bout of Covid-19 has left him unfit to be prime minister, saying it was “seditious propaganda”. Speaking to the “virtual” Conservative party conference, Mr Johnson said it was “a lot of nonsense” to suggest he had lost his “mojo”. But he […]

Boris Johnson has attempted to downplay claims that his bout of Covid-19 has left him unfit to be prime minister, saying it was “seditious propaganda”.

Speaking to the “virtual” Conservative party conference, Mr Johnson said it was “a lot of nonsense” to suggest he had lost his “mojo”.

But he admitted that he had been “too fat” when he caught the virus and that he had since lost 26lb (12kg) in weight. “I’m continuing with that diet,” he said. The prime minister spent a week in hospital in April, including three days in intensive care, after falling ill with Covid-19.

Mr Johnson told his audience that Britain could not “go back to life before” and said that the “plague” of coronavirus would accelerate change in the country.

The prime minister confirmed plans for a “green energy revolution” and to see through a hospital building programme and reforms to the social care system.

“It’s not enough just to go back to normal,” he said. “We have lost too much, we have mourned too many.”

Mr Johnson confirmed plans to press ahead with a manifesto commitment to introduce long-term, fixed-rate mortgages worth up to 95 per cent of the value of a home for first time buyers.

He claimed the move would create 2m more owner-occupiers, the biggest expansion of home ownership since the Thatcher era 30 years ago, adding: “We will help turn Generation Rent into Generation Buy.”

The prime minister also announced proposals to increase one-to-one teaching in schools, both for children struggling to keep up but also for high-achieving pupils.

Mr Johnson, meanwhile, attempted to reassure Tory MPs critical of his coronavirus strategy, saying it was a matter of “deep regret” that he had had to introduce lockdown restrictions.

He said that Rishi Sunak, chancellor, had only massively intervened in the economy because the country was facing a disaster akin to wartime, but that he did not want to do it. “We must not draw the wrong economic conclusion from this crisis,” he said.

He claimed Labour believed the expansion of the state to deal with Covid-19 was to be welcomed; Mr Johnson said he looked forward to the day when the state could step back and “let the private sector get on with it”.

Mr Johnson’s speech ended with a trademark Churchillian flourish, insisting that coronavirus would not defeat the spirit of the British people. “We are not going to let it get us down,” he said.

“Even in the darkest moments we can see the brighter future ahead. We can see how we build it and we are going to build it together.”

Tue Oct 6 , 2020
Financial products based on the price of Bitcoin and other cryptocurrencies are to be banned from sale to retail consumers by the City watchdog. The Financial Conduct Authority (FCA) said consumers were at risk of “sudden and unexpected losses” from the investments and that the ban would save them about […] 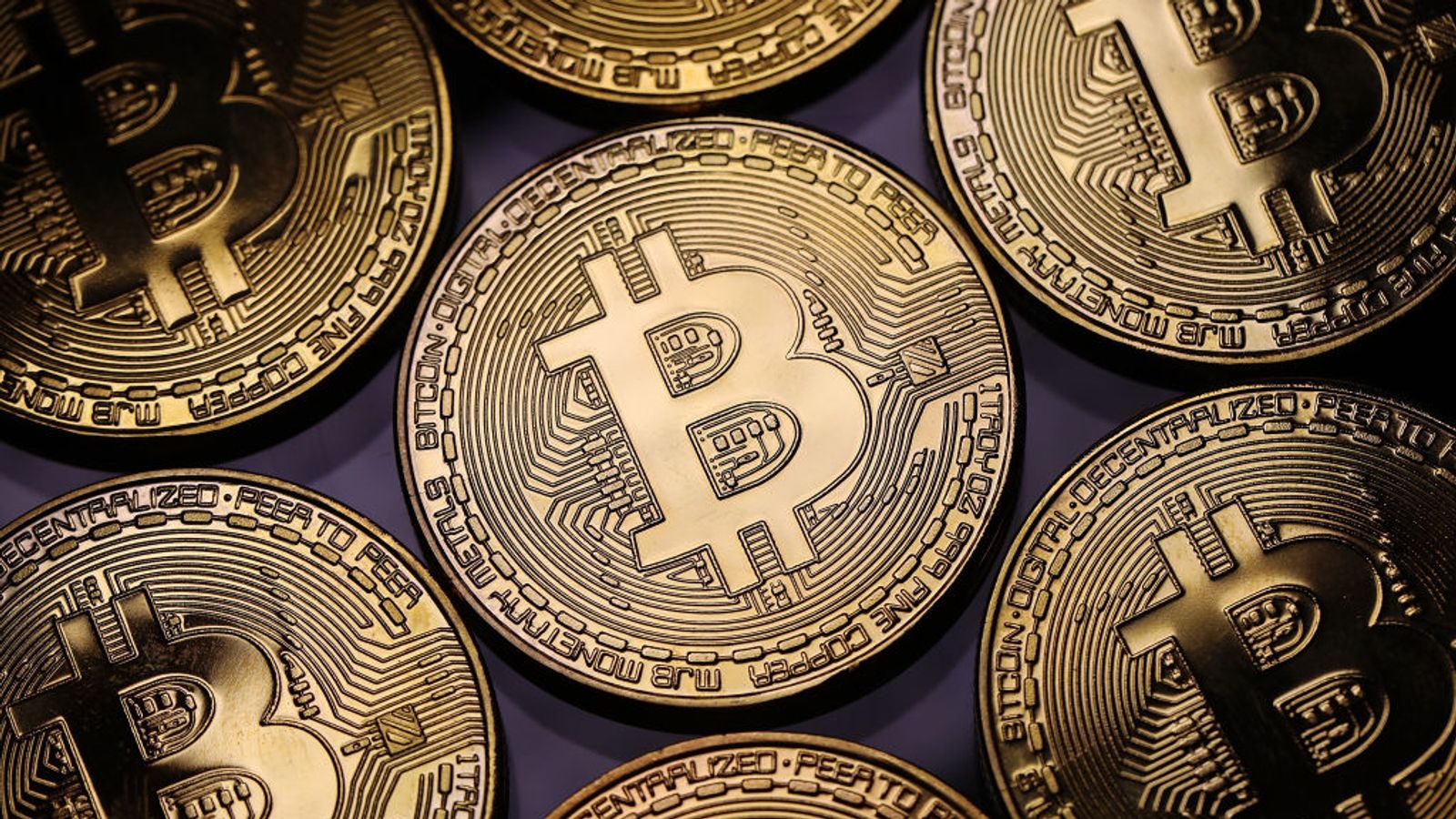