Even by the standards of a Boris Johnson photo-opportunity, it was risky — picking up a live, four-pound crab in each hand, claws scraping the air in front of his face. “What will be the headline on that one?” he asked photographers assembled at Stromness Harbour in Scotland’s Orkney Islands.

While it remains the prime minister’s skill to carry off that kind of stunt without looking awkward, the newspapers sidestepped easy gags to focus on the obvious point of his flying visit to Scotland to shore up the endangered union.

The government is well aware of the threat that rising support for Scottish independence poses to the UK. Covid-19 has set up strains between the four nations in the union and given their leaders an opportunity to proclaim how different they are from Mr Johnson.

Nicola Sturgeon, the Scottish National party leader, has used the crisis adroitly, as the polls show, even if her decisions have been similar to Mr Johnson’s and Scotland’s death rate has not been vastly lower than England’s. In Wales, the distinctive course taken by first minister Mark Drakeford has also proved popular. Meanwhile, the post-Brexit protocol governing trade between Northern Ireland and the UK mainland has created its own strains, stirring support there for reunification, which may prove hard for any government to counter.

The Scottish front is the most urgent, given that polls are showing a steady majority for independence. The SNP will fight the Scottish parliament elections in May and is expected to win by a big margin on the demand for a second independence referendum. So what should Mr Johnson do?

Many have sounded sceptical about his ability to “just say no” to the SNP’s demand for a referendum if the party whips up a clamour that he is standing in the way of democracy. But constitutionally, he can do exactly that, and we should expect him to do so. This is, after all, a government that does as it pleases. Mr Johnson did not want to get rid of his top adviser Dominic Cummings when the world said he should, so he didn’t. He did want to get rid of Mark Sedwill, the cabinet secretary, despite Whitehall unease, so he did. And he doesn’t want to get rid of Scotland.

That tactic will be less risky if he can improve his case for preserving the union. The soundest arguments are economic ones, yet, as Brexit showed, these often cut little ice with those driven by passions of identity.

A more easily embarrassed politician might be discomfited by deploying the same arguments for the union that opponents of Brexit used in support of the EU. Assuming, though, that Mr Johnson is untroubled in that regard, economic arguments will be central.

The slump in oil prices since the 2014 referendum means that in 2018-19, Scotland’s net fiscal deficit (the gap between public sector spending and income — including a notional share of the UK’s oil revenues) was 7 per cent of gross domestic product. Coronavirus has increased Scotland’s dependence on the UK. More than 730,000 workers — about 28 per cent of the workforce — have been furloughed and a further 155,000 have claimed self-employment support. The economic engine of south-east England and the UK’s ability to borrow has paid for much of that. Mr Johnson can press Ms Sturgeon on how an independent Scotland would borrow to fund its spending plans.

But if the union is seen only as a sour compact of financial dependency, he will not win the support he wants. He needs to answer technical questions that his team has partly dodged, such as how the “internal market” between the four nations will work without curtailing devolved powers. He can also press Ms Sturgeon on the performance of health and schools under the SNP.

Lastly, he could be more ambitious in giving the devolved nations representation in Westminster. That is why the idea of making the House of Lords a chamber of the regions has been heard again recently. Then again, the value Mr Johnson apparently attaches to the powers of patronage, as his honours list has just shown, might scupper this.

His best arguments (ones that play to his optimism) may lie in extolling what the four nations can do better together. Defence and climate change are clearly on that list, as well as borrowing money to pursue productivity and growth — and respond to crises. His case would clearly be stronger had he handled coronavirus better. But his record may improve as the world’s experience paints a more nuanced picture of how governments have performed. If it hasn’t by the next general election, he will anyway have bigger problems than holding on to Scotland.

The writer is director of the Institute for Government, a think-tank

Mon Aug 10 , 2020
For Derek Horrocks, the end of the UK’s coronavirus furlough scheme in October threatened to be pretty bleak. As the owner of an insulation company in Lancashire, Mr Horrocks said he had considered making some of his 45-strong workforce redundant when the jobs retention scheme ended in anticipation of a […] 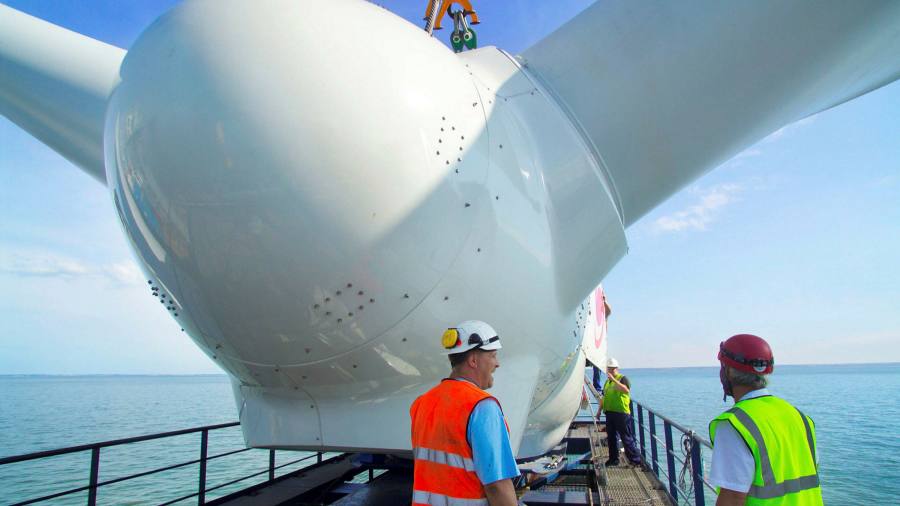