Boris Johnson has promised a planning revolution to help England build its way out of recession, but the prime minister’s attempt to set a post-Covid agenda was overshadowed by a renewed lockdown in Leicester.

Mr Johnson has been planning a “big speech” for weeks to refocus the government on rebuilding the economy after the pandemic, but continued flare-ups of the virus have dogged his attempts to move on from the crisis.

Speaking in Dudley, little more than 50 miles from Leicester, on Tuesday the prime minister proposed a series of planning reforms intended to revive failing high streets and unleash a wave of housebuilding. He pledged to accelerate infrastructure schemes worth £5bn.

Although Mr Johnson claimed his plan was inspired by Franklin Roosevelt’s 1930s New Deal, his speech contained no new money and some of his planning reforms echoed changes proposed by former chancellor Philip Hammond in 2018.

The task of fleshing out a new economic policy will be left to chancellor Rishi Sunak, who will next week set out plans for a stimulus for the ailing economy and announce a series of measures intended to avert 1980s-style mass unemployment.

Mr Johnson’s promise to “build, build, build” included plans to bring forward infrastructure schemes and repairs, many of them local projects such as hospital and school improvements, aimed at quickly creating work.

Many of the projects will be in seats recently won by the Conservatives in the north and midlands, as Mr Johnson recommitted his government to the “levelling up” agenda promised in last year’s general election.

On the day the Office for National Statistics reported that gross domestic product fell 2.2 per cent in the first quarter alone, the prime minister outlined an “infrastructure revolution” focused on bringing forward projects worth 0.25 per cent of national income in capital projects.

The Treasury confirmed the plans were elaborations of budgets set before the nation went into coronavirus lockdown, which already represented a large increase in capital expenditure.

Comparisons with FDR’s New Deal programmes are difficult because they operated over different timescales and with a different baseline of government investment, but Mr Johnson’s plans fall far short of the US public investment programmes of the 1930s.

Over the course of the New Deal period of spending the Federal Reserve Bank of St Louis, one of 12 regional US reserve banks, estimated FDR committed 40 per cent of 1929 national income to new spending measures.

Mr Johnson said new regulations would give greater freedom for buildings and land in town centres to change use without planning permission, including the conversion of newly vacant shops to housing. Empty shops could also be quickly converted to cafés or offices.

The changes, which would come into effect in September, would expedite brownfield regeneration and relieve pressure to build on the greenbelt, Mr Johnson said. He also confirmed a £12bn “affordable homes” programme.

The government has made it easier to turn some commercial buildings into housing without full-scale planning permission since 2013 through a “permitted development right”. However, many converted buildings have been criticised for their lack of space, ventilation and light.

Dominic Cummings, the most senior adviser in Number 10, has been heavily involved in the plans to shake up what he calls the “appalling” planning system in England. Working with Mr Sunak and housing minister Robert Jenrick — along with a hastily convened panel of planning experts — he is mulling radical proposals designed to speed up housebuilding, particularly in the south-east.

The initial proposals under discussion include the introduction of a US-style zonal planning system, a major step away from the current “discretionary” system in which applications are made locally on a case-by-case basis.

Under the zonal system developers would enjoy fast-tracked planning permission so long as their proposals met an area’s existing “code” governing building design and height.

Tue Jun 30 , 2020
The prime minister has not ruled out raising taxes to pay for his multibillion-pound coronavirus recovery plan. Boris Johnson has promised to “build, build, build” to help the UK through the effects of the COVID-19 outbreak, including £5bn to accelerate projects across the country as part of an “infrastructure revolution”. […] 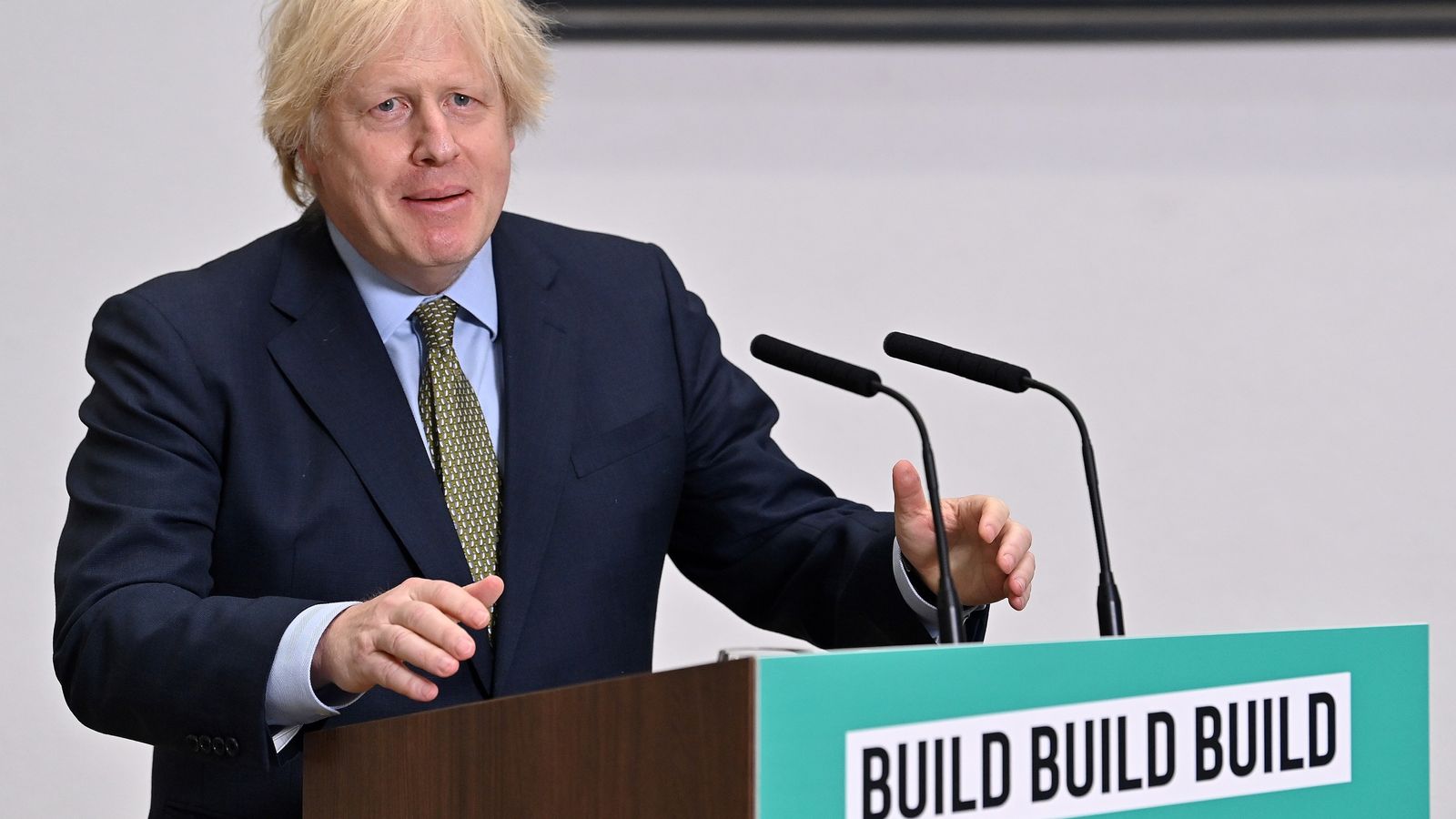