SAO PAULO (Reuters) – Brazil planemaker Embraer SA (EMBR3.SA) said that after a $4.2 billion (£3.4 billion) deal with Boeing Co (BA.N) fell apart over the weekend, it is working on adjusting production levels and capital expenditures, as well as working to preserve cash.

The company added in a statement that it finished 2019 with a “solid cash position” and had no “significant debt in the next two years.”

“We are taking additional measures to preserve our liquidity and maintain our solid finances during these turbulent times,” the company added.

Other measures include adjustments to inventory, extension of payment cycles, reduction of expenses and seeking financing, Embraer said.

The deal between Embraer and Boeing was announced almost two years ago and the companies were in the final stages of closing it before it fell apart. Boeing was to take 80% of Embraer’s commercial aviation division, which makes planes of up to 150 seats.

Boeing and Embraer had already received antitrust approvals from all necessary governments except for the European Union, and Embraer had spent millions carving out the business segment that Boeing would take over.

Embraer, the world’s No. 3 planemaker, saw the deal as necessary for its long-term survival as the Boeing-Airbus duopoly has strengthened.

Sun Apr 26 , 2020
FILE PHOTO: Two Lufthansa airbus A380-800 are parked as air traffic is affected by the spread of the coronavirus disease (COVID-19), in Frankfurt, Germany, March 23, 2020. Arne Dedert/Pool via REUTERS BERLIN (Reuters) – Germany’s ruling coalition is divided over whether the state should have a role in running airline […] 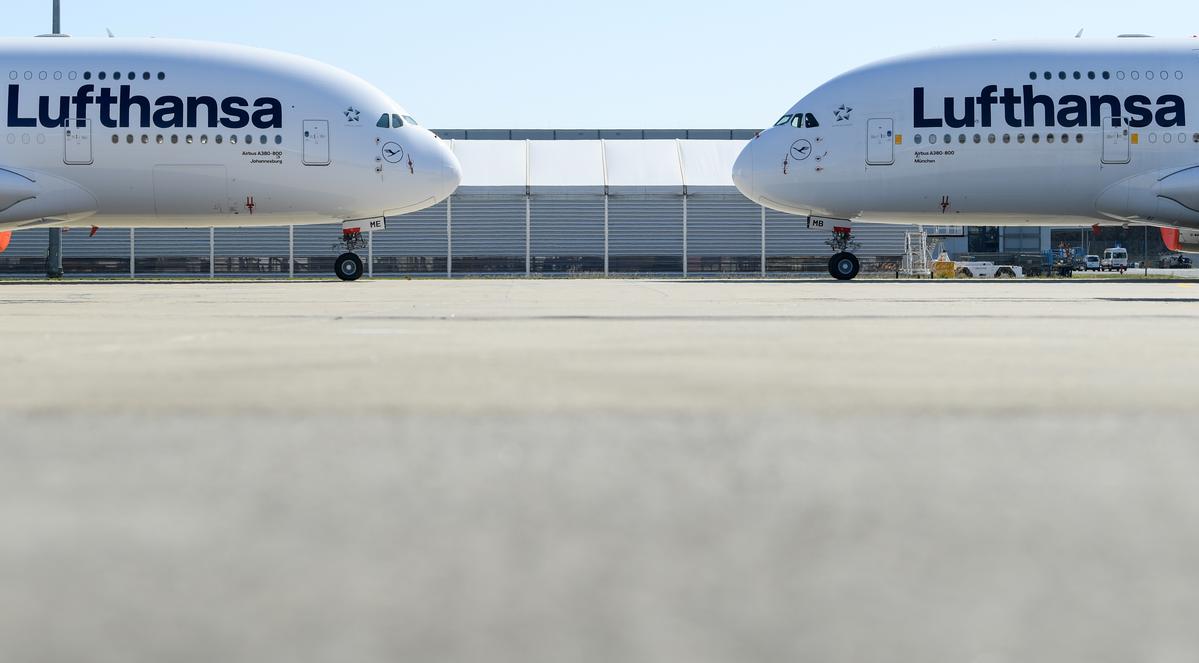