Areas of the UK that voted to leave the EU have suffered the biggest economic hit since the 2016 referendum, according to new research that suggests Brexit is likely to further complicate efforts to level up underperforming regions.

The research from the Centre for Competitive Advantage in the Global Economy at Warwick University found that the parts of the UK with high levels of low-skilled and manufacturing employment have underperformed most since 2016. These areas also heavily voted Leave in the EU referendum.

Many of the districts were won by the Conservatives for the first time in the 2019 election and have unusually high levels of furloughed workers, raising the prospect that they could also be hardest hit by the coronavirus recession.

The West Midlands and Northern Ireland suffered the biggest losses between the 2016 referendum and the third quarter of 2019, with both economies more than 4 per cent smaller than they could have been if Remain had won the vote.

Wales, London and Yorkshire and Humberside suffered the least, with losses below 2 per cent over the period. London initially performed poorly as the housing market struggled after the Brexit vote, but it recovered strongly in 2019.

The work at Warwick University built on numerous studies that have documented the UK economy’s underperformance compared with other countries since the EU referendum.

Although precise estimates vary, the consensus reflected in calculations from the Office for Budget Responsibility in March suggests that Britain’s economy is around 2 per cent smaller than it would have been had Remain won the referendum.

The losses have been caused by the fall in sterling, which reduced household incomes by raising the price of imports, coupled with extremely weak business investment.

In the paper, the University of Warwick’s Thiemo Fetzer and Shizhuo Wang compared the performance of each of the regions, nations and local areas of the UK with a simulated economy based on the areas of the world that most resembled each region before the EU referendum.

However, when the researchers looked at the local authority level, there was a strong link between voting patterns and the economic costs of Brexit.

Of the 382 local authorities studied, for which the data currently only extends to 2018, the authors found that 255 were likely to be losers from Brexit and 127 were winners.

Of the 255, 168 areas were “clear Brexit losers”, according to the research. These performed worse after 2016 than the statistical models predicted on all configurations. There were only 78 “clear Brexit winners”.

The study also showed that economic performance in areas that voted to leave the EU was weaker after the referendum.

Previous work by Mr Fetzer suggested there was a direct causal link between the intensity of austerity in an area and the extent of the local vote to leave the EU. “It’s the areas that were already hurting the most that seem to be hurt the most by Brexit,” Mr Fetzer said.

The type of analysis that compares what has happened with a made-up alternative reality based on the performance of statistically similar areas is controversial and has been questioned in the past over the extent of the Brexit effect on economic performance.

But John Springford, deputy director of the Centre for European Reform, which cancelled publication of a similar national estimate of the cost of Brexit, said that the technique would still be valuable for assessing the relative performance of different areas.

“Even if the magnitudes are questionable,” he said, “if you are satisfied the comparators are reasonable, it is as good a way as any of getting a sense of the Brexit effect”.

Mr Fetzer said the manufacturing-heavy areas that the government wants to level up might face an even bigger challenge once the Brexit transition phase is over and frictions are introduced in the UK goods trade with the EU.

“My hunch is that a lot of the gap [in Brexit-voting areas] is due to a decline in investment [since 2016] which is not primarily hitting workers yet, but that undermines the basis of future prosperity,” he said.

Thu Jul 16 , 2020
The British Fashion Council has warned that as many as 240,000 jobs are expected to be lost in the UK fashion industry because of coronavirus over the next 18 months — about 27 per cent of its workforce. The body has called for more government aid as it warned in […] 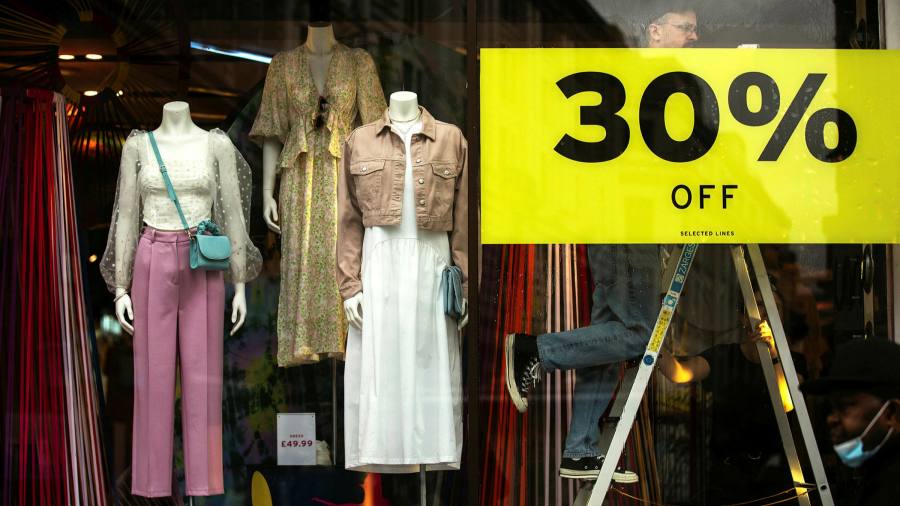