Britain’s economy will suffer a “significant decline” in the first half of the year, the Office for National Statistics warned on Wednesday as it set out the practical challenges that have hampered the collection of economic data since the coronavirus crisis took hold.

Senior ONS officials used a series of articles, blogs and interviews, to explain that official data was likely to be much more volatile than normal and would require “more judgment than usual” rather than simply relying on the usual measures to assess economic performance.

The statistical agency, which will publish data for first-quarter gross domestic product on Wednesday next week, said: “The latest expectations point to a significant decline in economic activity in the first half of this year at least.”

The ONS has temporarily scrapped some statistics — such as house price movements, the index of production and the index of services — to concentrate on getting the key measures of GDP, inflation and unemployment as accurate as possible through the downturn.

Jonathan Athow, deputy national statistician for economic statistics, told the Financial Times that although most of the first quarter was unaffected by the pandemic, the lockdown in the UK — announced on March 23 — nevertheless had serious effects.

Mr Athow refused to be drawn on what the very weak eurozone data — the fastest rate of shrinking on record with a 3.8 per cent fall in GDP in the first quarter — meant for UK figures but pointed out that most of the continent locked down “a couple of weeks earlier”. In the US, where the state-by-state lockdowns started from mid-March, first-quarter GDP fell 1.2 per cent.

The ONS said some sectors would do better than forecast. In education, rather than counting pupils in school, it would measure output of the education sector largely based on the drop in the hours teachers reported they had worked. This would be more modest than the 90 per cent drop in education output assumed by the Office for Budget Responsibility.

But in healthcare, the ONS warned that although expectations might be for output to rise, it was likely to fall because almost 40 per cent of output was in parts of the NHS such as non-essential elective surgery, outpatient appointments and dentistry, which had effectively closed down.

The ONS said it had a good picture of what happened to the economy in March. But it cautioned that in some areas, companies had been so stressed they had not been filling in the usual surveys and, therefore, volatility and revisions to data were likely to be larger than usual.

Mr Athow singled out the building sector — accounting for 6 per cent of GDP — as a particular concern. “With construction, [compiling the data] will require quite a lot of judgment,” he said. The figures for April, which are due to be published in early June, would be even harder, he added.

Some of the biggest problems have come in measuring prices and inflation where almost a fifth of normal goods and services, such as air fares or pints of beer in pubs, are not available in a normal way.

The ONS has decided to impute prices for these items in a way that does not push inflation up or down while the lockdown is in place. When these items come back on sale, there was the prospect of “potentially a lot of volatility” if those prices had fallen or risen sharply, Mr Athow said.

Measuring unemployment was hampered by the inability to conduct face-to-face interviews for its Labour Force Survey, the ONS said. But it hoped that new online surveys alongside HM Revenue & Customs real-time data from employment records would be able to show whether jobs were being destroyed rapidly.

U.S. drafts rule to allow Huawei and U.S. firms to work together on 5G standards - sources

Wed May 6 , 2020
(Reuters) – The U.S. Department of Commerce is close to signing off on a new rule that allows U.S. companies to work with China’s Huawei Technologies on setting standards for next generation 5G networks, people familiar with the matter said. FILE PHOTO: People wearing face masks are seen at a […] 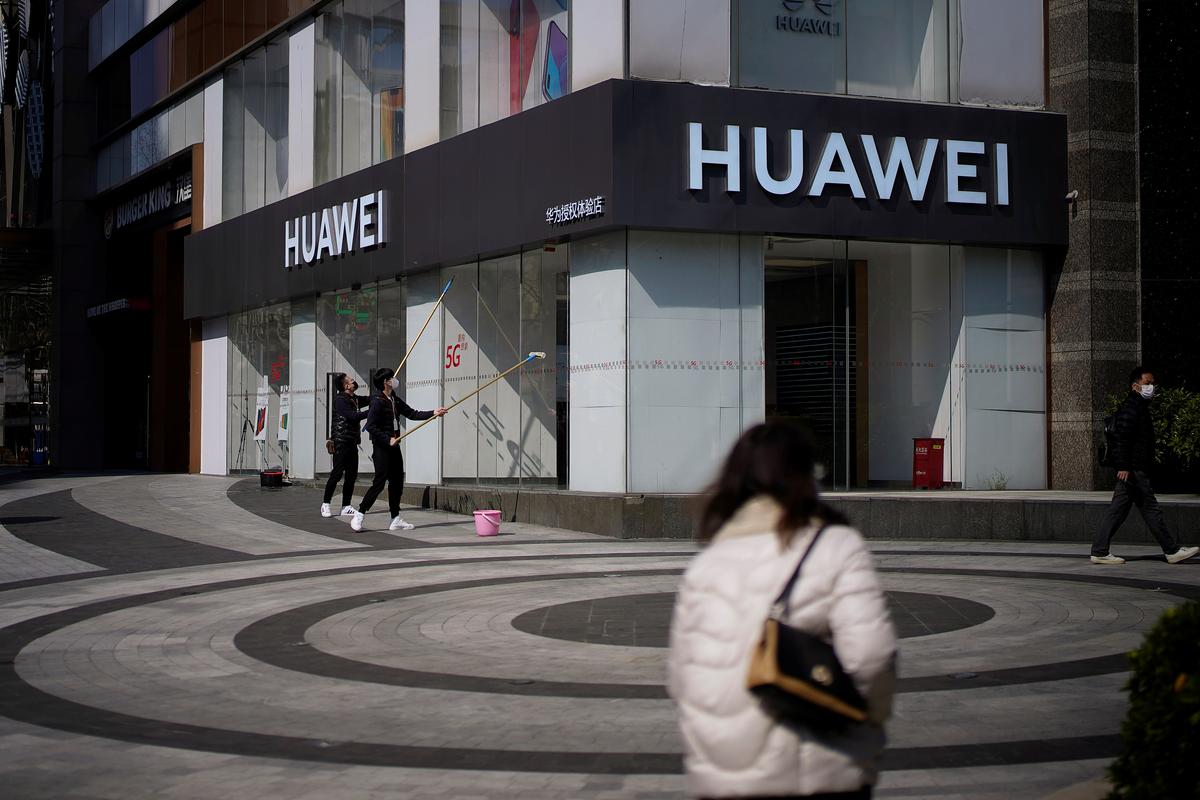